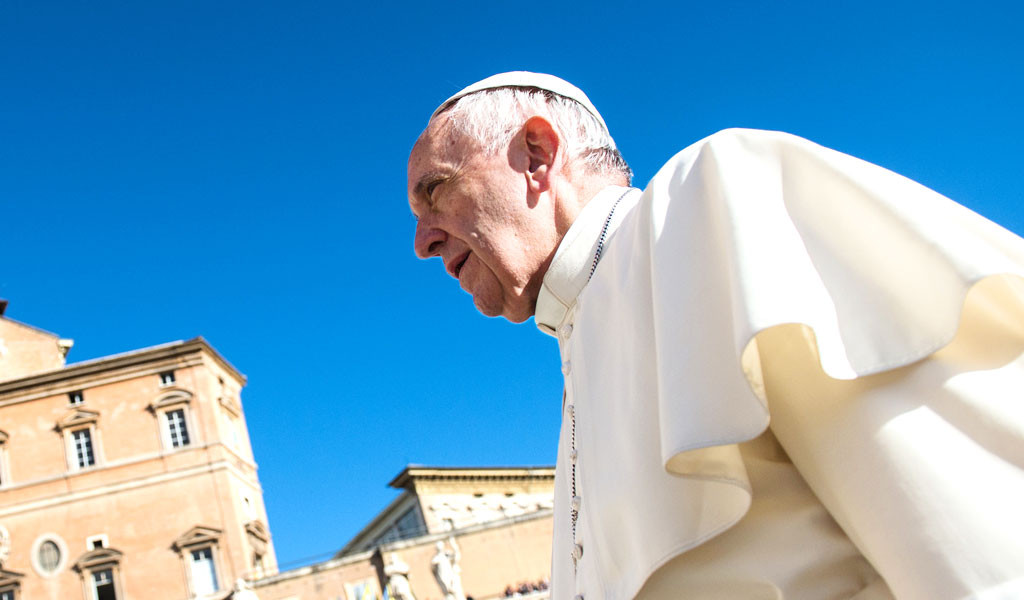 VATICAN CITY — If you had 10 seconds with Pope Francis, what would you tell him? In the past, I’ve wondered what I would say. Now I know.

Earlier this month, the editors of Time and Fortune magazines invited me to take part in their Global Forum in Rome, joining a group of business leaders, philanthropists, scholars, clergy and other journalists. The mandate was to discuss and propose solutions to some of the world’s most pressing problems — poverty, environmental issues, health care, immigration. The conclusions would be presented to Pope Francis in person (they’re worth reading: bit.ly/2h91PYD). That made the invitation irresistible.

Scoring an interview with the pope is a lofty goal for any ambitious reporter — but it’s almost impossible to achieve. Very few journalists get the opportunity to sit down with the pope. In my case, my vocal criticism of the Catholic Church over the sexual abuse of children at the hands of priests — and the leadership’s complicity in covering up these crimes — disqualified me long ago from interviewing any pontiff. Add to that my agnosticism, and the chances were almost zero.

Therefore I jumped at the chance to meet the pope, even if it was only for a few seconds.

My passage to Pope Francis began in hell. Before meeting him, our group was led through the Sistine Chapel. Above us on the famous ceiling was Michelangelo’s depiction of hell, painted more than 450 years ago. His vision of eternal suffering is terrifying, even for the most skeptical observer.

After a long walk through lavishly appointed, history-laden corridors, we reached the Vatican’s grand Clementine Hall, where we were to have an intimate meeting with the pontiff. (In Vatican-speak, “intimate” means some 400 people.)

I’ve never seen so many influential people wait so long to greet anyone. But when the Argentine pope entered the hall, smiling in his white garb, there was a collective sigh of awe. No applause — absolute silence.

The pope, who is almost 80, doesn’t feel comfortable speaking English, so he greeted us in Italian. “I pray … that you may involve in your efforts those who you seek to help,” he said. “Give them a voice, listen to their stories, learn from their experiences and understand their needs. See in them a brother and a sister, a son and a daughter, a mother and a father.

Amid the challenges of our day, see the human faces on those you earnestly seek to help.” Then the moment we all were waiting for: a meeting and photo op. Pope Francis stood up from his huge white chair, took a dozen steps and, joined by a personal assistant, a protocol chief, a security guard, a monsignor, a photographer and the Swiss guard (the Vatican does everything according to centuries-old protocol), began a photo session with each and every guest.

The pope never stopped smiling during this 20-minute ordeal, and he shook hands and made eye contact with everyone. After meeting him, some people were deeply moved and wept; others simply fell silent. “This is the closest I’ve been to God,” one guest told me.

When my turn came, the pope was still smiling effortlessly. I stepped forward, and he stretched out his hand. I took it, and it felt firm but warm. Almost small. I looked to make eye contact, but I was a bit slow, and then my gaze met his. I took a deep breath and said in Spanish what I decided I would say and had rehearsed in my head.“Pope Francis, don’t forget the immigrants that Trump wants to deport.” The pope, formerly Jorge Mario Bergoglio, raised his head slightly and opened his eyes a little wider. I’m sure he heard what I said. But he didn’t say a word, under the alert scrutiny of his assistants. I guess that wasn’t the appropriate moment to create a new transatlantic controversy. After all, any Vatican communication is always very carefully thought out. Spontaneity in diplomacy is a sin.

Next, I heard five or six clicks from the photographer. Then the pope let go of my hand and turned his eyes to the next guest. That was it. Those were my 10 seconds with the pope.

There are days you know will never be repeated or topped. This one was one of those days.

(Watch the video of my 10 seconds with Pope Francis here: bit.ly/2h64Rjv.)