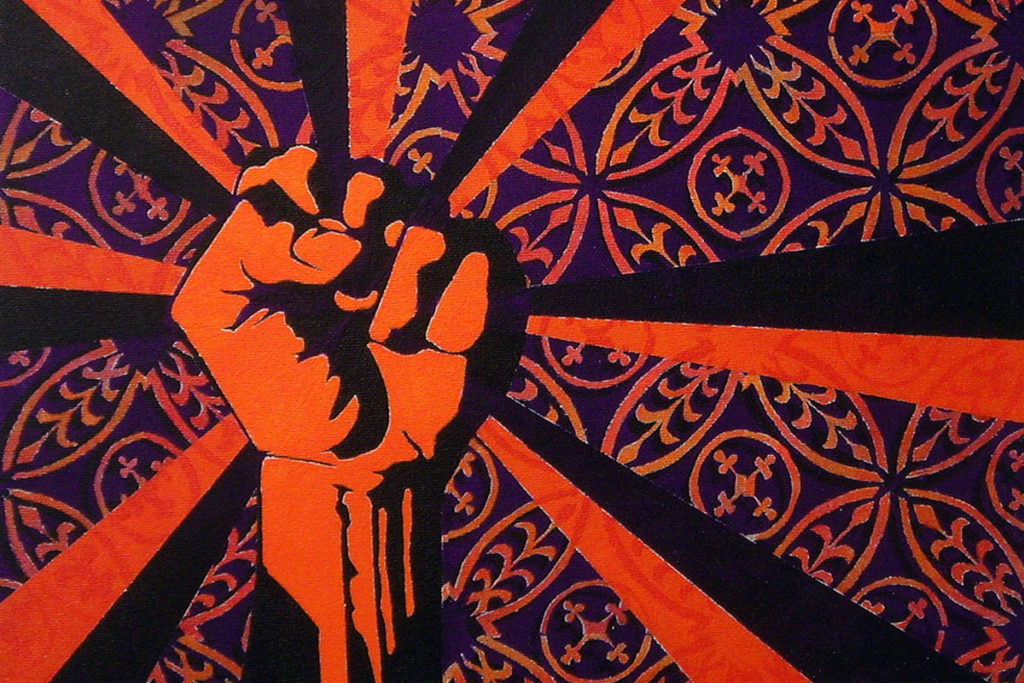 Since 2017 was an unbelievable year, a year in which many things that never should have happened actually happened, I believe that 2018 should be the year of resistance.

Resistance to what? To President Donald Trump’s lies, attacks and insults.

First, I resist the idea that Trump’s threats and provocations aimed at the North Korean dictator via Twitter are the best way to prevent a nuclear attack.

Trump recently tweeted: “North Korean Leader Kim Jong-un just stated that the ‘Nuclear Button is on his desk at all times.’ Will someone from his depleted and food starved regime please inform him that I too have a Nuclear Button, but it is a much bigger & more powerful one than his, and my Button works!” This is one of the most childish — and dangerous — Twitter statements I’ve seen the president make so far.

Trump and the North Korean leader cause deep anxiety around the world when they brag about the sizes of their nuclear buttons like teenagers talking about video games. We should keep in mind that nobody wins in a nuclear war. In a recent New York Times column, Nicholas Kristof, who not long ago visited North Korea, cited a report suggesting that as many as a million people could die on the first day of a nuclear war between the United States and that nation. I also resist believing that our lives depend on the mind games played between Trump and Kim.

I resist accepting the notion that the fate of 800,000 “Dreamers” depends on the most anti-immigrant president we’ve had in more than 60 years. If Trump and the Republicans, who control Capitol Hill, really wanted to pass a DREAM Act, they would have done so by now. Last September, Trump revoked the executive order protecting these young people, brought to this country by their parents long ago, from deportation, and I don’t believe that the same person who caused them such harm now wants to save them by offering a path to legalization. I know that the Dreamers will win in the end.

I resist believing that a president who has lied as much as Trump has the moral standing to attack the credibility of the press. The New York Times and The Washington Post have published long lists of Trump’s lies, and will continue to report on them. Not since Richard Nixon has freedom of speech been so threatened in this country.

Even Trump’s supporters know he exaggerates, manipulates data and makes up his own reality. Just read any of Trump’s latest tweets out loud to a relative, friend or colleague, and see how they react. They will laugh, mock, or be utterly flabbergasted. A president that is not respected by his people cannot govern adequately. An unpopular and weak leader is also an unpredictable one: Who knows what the president will do in order to win back respect?

No, journalists aren’t the enemies of the people, as Trump has suggested. Our job is to challenge him, and anyone in power. And that, of course, is something that the president doesn’t like. Every lie, every racist remark and every insult will be met with a well-researched explanation, a sensible opinion and most importantly, the truth.

I resist the idea that words don’t matter. Trump mocked a New York Times journalist with a physical disability; he downplayed the competence of a judge, Gonzalo Curiel, because he is Hispanic; he likened Mexican immigrants to criminals and rapists; he is heard making deeply sexist remarks in the Access Hollywood recording. To this day, he has not been held accountable.

In short, I resist believing that a president who threatens to go to war, attacks immigrants and journalists, lies on a regular basis, denies climate change because it’s cold in the winter and makes fun of the most vulnerable people in this country is the man that best represents the interests of the United States. That is why we have to find new alternatives.

Resistance to Trump must be peaceful and democratic as well as determined and effective. Big changes always start with a simple “No.” But we also need to propose a different, more civilized and inclusive route for the country.

I refuse to be Trump’s accomplice.