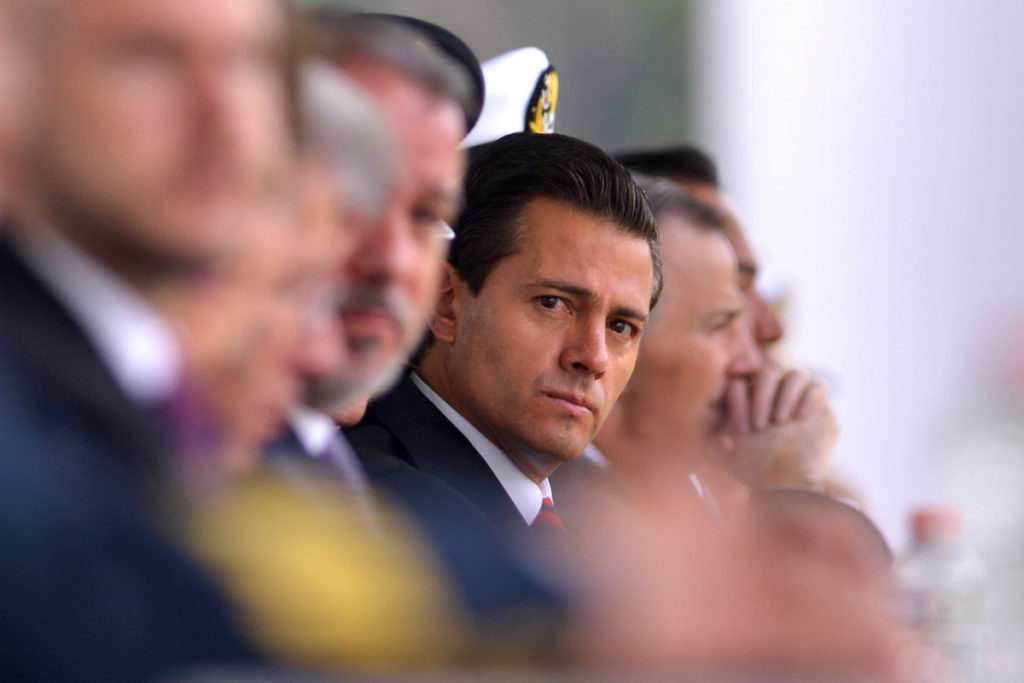 Peña Nieto took office in December 2012. Since then, though March of this year, 79,344 Mexicans have been murdered, according to Mexico’s Department of the Interior (here’s the data: bit.ly/1KTkyif). The reports of these crimes come from every state. Who knows how many more crimes have gone unreported?

More than 2,000 Mexicans were murdered in March alone. If that rate holds through December 2018, when Peña Nieto’s tenure ends, his administration will be the most violent in Mexico’s modern history. The number of deaths would even surpass the 104,089 recorded under previous President Felipe Calderon’s six years in office.

The death toll adds up to a colossal failure for Peña Nieto. Worse, he doesn’t seem to be reacting to the surge in violence — which shows his incompetence.

Moreover, 5,692 people have been kidnapped in Mexico under Peña Nieto’s tenure — a number quickly approaching the 6,515 kidnappings under Calderon. But, again, those are the reported kidnappings. Many more go unreported because Mexicans often fear the police more than the kidnappers.

Journalists are all too frequently among the murder victims. Today Mexico is one of the most dangerous countries in which to be a journalist, along with Syria, Somalia and Afghanistan. Who is killing the journalists? Government officials and members of the drug cartels alike fear the sunlight — and somehow escape justice.

Peña Nieto’s legacy could be one of “endemic impunity,” according to a report from the Committee to Protect Journalists. Almost every case of a murdered reporter has been left unsolved during his administration. Every time a journalist is killed, officials tend to treat the incident as if it were business as usual, a common crime not related to the profession.

“In Mexico, ‘It’s Easy to Kill a Journalist,’” read a front-page headline in The New York Times recently. The numbers are horrific. In March, seven journalists were shot, three of whom died, according to the nonprofit Article 19. That brings the year’s total to 11. Since 2000, 104 journalists have been killed. Twenty-five are still listed as missing and presumed to be dead.

Given this shameful record, why does Peña Nieto keep the same failed policies in place? Perhaps because he doesn’t see the problem.

In 2009, when he still was governor of the state of Mexico, Peña Nieto told me in an interview, “Mexico is a safe country that is confronting a new crime phenomenon.” A safe country? In a year when there were more than 16,000 killings reported there? Such is the blindness of power.

Mexicans simply can’t continue lying to themselves — not after mass graves were uncovered in Veracruz earlier this year, after two former governors were arrested on corruption charges, after the scandal of the “Mexican White House” came out and after 43 college students from Ayotzinapa disappeared.

The evidence shows that Peña Nieto is one of the worst presidents in Mexican history. He has failed his main responsibility: to protect Mexicans’ lives. And seemingly he has no clue how to solve the rampant violence. The war against drugs is a sham. Mexicans suffer the consequences of the drug trade as 20 million Americans get high.

For somebody like Peña Nieto, six years in the presidency are too many. A constitutional amendment is needed to lower presidential tenure at least to five years, or establish a recall vote between the third and fourth years. Peña Nieto wouldn’t have won if such a recall election were held.

Meanwhile, the statistics of murder and mayhem continue to rise. It’s hard to imagine any other country that would put up with such a hapless, ineffective leader.

Image by: Pictures of Money with license CC BY-NC-SA 2.0

Share
FacebookTwitter
Previous ArticleThe First 100 Days of FearNext ArticleJorge Ramos: “If we remain neutral with Trump, I think we are normalizing his behavior”