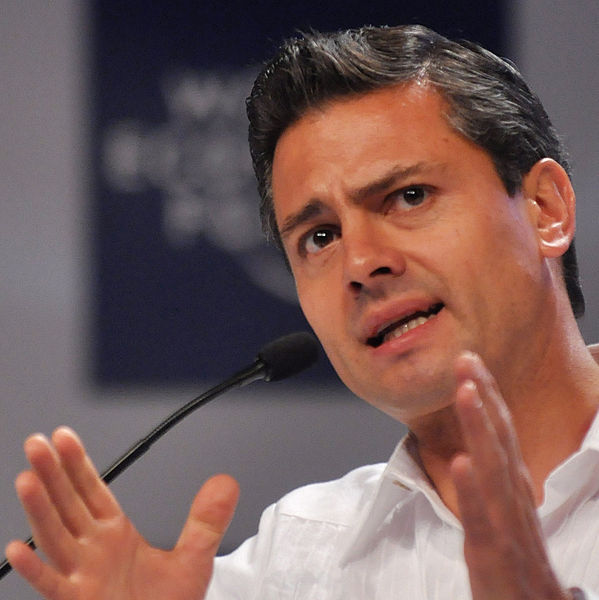 Enrique Pena Nieto is facing a credibility problem: Millions of Mexicans
remain convinced that he won this summer’s presidential election by cheating.

“Pena Nieto won’t be my president,” some have told me. “He has no
legitimacy,” others say.

I respect such views, but Pena Nieto will be inaugurated on Dec. 1, and he
will lead the country for the next six years whether voters like him or not. We
must now find a way to overcome our divisions and move forward, but that doesn’t
mean we should disregard our outrage or ignore the terrible sense that the new
president skirted the law.

Uniting and leading the country will be a difficult task for Pena Nieto since
he and his Institutional Revolutionary Party (PRI) are widely suspected of using
the same sort of trickery in the July election that it relied upon for most of
the 20th century, as its leaders passed on the presidency to their hand-picked
successors for more than 70 years. It’s hard to believe PRI leaders when they
say that the party has changed or when they denounce the use of underhanded
electoral tactics — there is so much evidence to the contrary.

To recap: Despite spending limits, during the 2012 election the PRI found
ways to spend more money on Pena Nieto’s campaign than the other parties did on
their candidates’ campaigns. PRI leaders used cozy relationships with news
organizations that are friendly to the party to gain publicity, which gave Pena
Nieto an unfair advantage over his opponents. Some members of the PRI even tried
to influence voters by distributing gift cards.

After the election, Pena Nieto’s opposition brought these accusations to
Mexico’s electoral tribunal, but the seven judges declared the allegations
“unfounded.” They concluded that no voter fraud had occurred and, despite the
evidence, that Mexico had held “a free and authentic election.”

“Pena Nieto won by cheating, and he was unethical in his campaign,” a
journalist friend of mine said, “but nothing he did was illegal.” What justice!

Mexicans who want to build a true democracy must denounce the PRI’s political
ploys. We must make it clear to Pena Nieto that the way he won the presidency is
not acceptable, and he has to be made aware, constantly, that he is presiding
over a divided and outraged nation. We must insist that the law be enforced.

Of course, Pena Nieto isn’t the first PRI candidate with a legitimacy problem
to be inaugurated president. In 1988 Carlos Salinas de Gortari won an election
that many people believe was fraught with fraud and political repression, yet he
served for six years. The same accusations were leveled at Salinas de Gortari’s
hand-picked successor, Ernesto Zedillo. Unfortunately, history has shown that
when a president takes office amid concerns about the legitimacy of his
election, Mexicans can expect hard times ahead.

But, as I mentioned before, we must find a way to overcome this — we can’t
succumb to political paralysis, simply waiting out Pena Nieto’s term until we
can elect a president whose legitimacy isn’t in question. We have to deal with
Pena Nieto because we need to bring an end to the rampant drug violence plaguing
the country. And economic expansion cannot wait — young Mexicans need to secure
a place in the labor market. Reducing crime rates and job creation: These must
be Pena Nieto’s priorities for the next six years, and I hope that he succeeds
at both. So what now? It’s true that Mexico has only been a true democracy for
12 years — it is a young and imperfect system. But our society is more
independent, modern and resilient than it was before 2000, when the PRI was in
control. This means that Pena Nieto will not be able to usher in a return to the
PRI’s old style of authoritarianism, though journalists will have to be
extremely vigilant. Opposition politicians should !

also be vigilant, but they must keep the good of the country in mind when
they’re negotiating with Pena Nieto. And while it may seem impossible to
consider right now, the millions of Mexicans who didn’t vote for Pena Nieto must
give him the opportunity to prove that his policies will benefit all Mexicans,
not just his friends.

In the meantime, let’s find a way to make sure that in 2018, Mexico doesn’t
choose a president whose election casts the entire system in doubt.