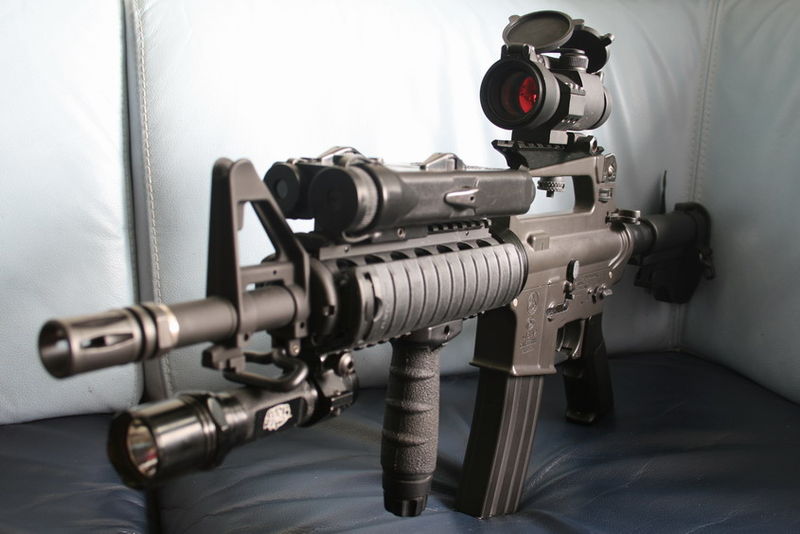 There are two important topics that most presidential candidates in the U.S. avoid talking about while campaigning: gun control and Americans’ use of illegal drugs. President Barack Obama and his Republican rival, Mitt Romney, are proving that they are no different.

These two topics, however, are not only linked, they are urgent and must be addressed.

It’s true that most Americans prefer to leave access to guns almost unrestricted. In consequence, the United States is one of the most violent of the developed nations. A report from the United Nations Office on Drug and Crime shows that in 2010 there were 690 murders in Germany, 529 in Italy, 506 in Japan and a mere 91 in Sweden. In the United States, 12,996 people were murdered that year.

We see news about the frequent massacres carried out by unhinged and angry people, and we hear about the nation’s high murder rates. And every week so many people are murdered by guns that only a handful make the news _ usually based on the number of victims. Considering this history, a person would expect that there would be a nationwide debate about curbing access to guns, especially to semiautomatic weapons. But Obama and Romney have not dared to break the code of silence.

The fear of incurring the rage of the gun lobby and losing votes is so great that neither candidate will propose any change. Unfortunately, their calculations are correct: any politician who criticizes gun laws is automatically thought to want to strike down the Second Amendment, which guarantees “the right of the people to keep and bear arms.” Anyone who did that would become a target for the powerful and well- funded National Rifle Association, and would have no political future.

This silence continues despite the massacres that have taken place during Obama’s term in office. In July, James Holmes, a former doctoral student in neuroscience at the University of Colorado, Denver, shot 12 people dead at a movie theater in Aurora, Colo. In January 2011, in Tucson, Ariz., Jared Lee Loughner, a college dropout who had been behaving strangely, killed six people and seriously injured Rep. Gabrielle Giffords. Though the memory of these events is still fresh, there is no change to the status quo.

The United States is a country where buying a gun is easy. (Its 312 million citizens own an estimated 270 million guns.) Though laws vary from state to state, waiting times can be short to nonexistent and background checks are not always necessary. And many of these weapons wind up south of the border, in the hands of Mexican drug traffickers.

Under the Obama administration, the Bureau of Alcohol, Tobacco, Firearms and Explosives ran an ill- fated sting, Operation Fast and Furious, which allowed more than 2,000 weapons to pass into Mexico from the United States, with the goal of identifying gun-trafficking networks. Two of those guns were later found at a crime scene where a Border Patrol agent was killed. The fact that the ATF tried to track so many weapons gives us an idea of the huge number of guns bought in the United States and then smuggled to Mexico. Drug traffickers then use those weapons to intimidate or kill anyone in Mexico who
gets in their way as they smuggle drugs to the United States.

Which brings us to another important topic neither presidential candidate has brought up: Drug use in the United States is increasing. According to a 2010 survey by the National Institute on Drug Abuse, more than 22.6 million Americans _ that is, 9 percent of the population aged 12 and older _ acknowledged having used some kind of drug within the past month. The Obama administration has spent more than $31 billion on health and prevention campaigns, but the results have been meager.

The huge, multimillion-dollar market north of the border fuels drug manufacturing and trafficking in Mexico, where the military-led battle against the drug cartels has caused more than 65,000 deaths. If there were no drug users in the United States, there would be much less violence in Mexico.

In an effort to raise awareness among Americans, in August and September the Mexican poet Javier Sicilia, who lost a son to the violence, led dozens of people _ victims of the drug war, journalists and others _ on a Caravan for Peace across the United States. They traveled more than 6,000 miles, visiting 26 American cities as they tried to get people to rethink the wars on drugs on both sides of the border, which are causing so much violence and loss. Unfortunately, their message didn’t reach many Americans who don’t speak Spanish.

In consequence of the silence on these two subjects, no matter who wins the U.S. election in November, everything will remain the same or become even worse: More massacres and more drug use and the cycles of violence continue.

Guns and drugs: mum’s the word!