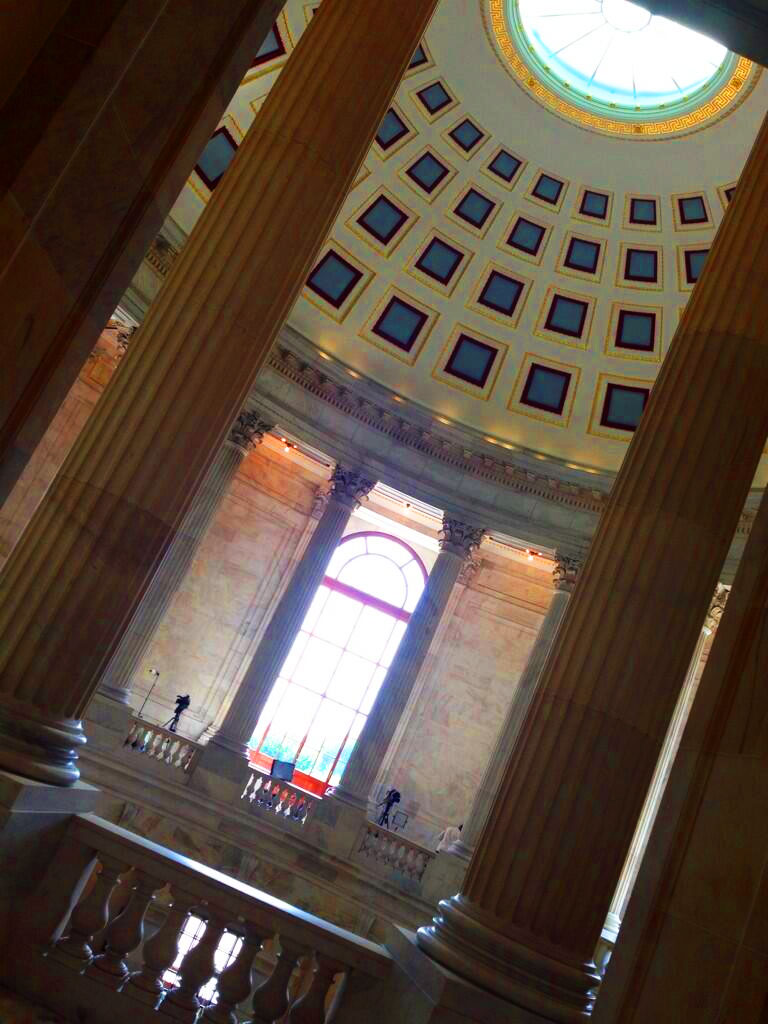 When I was in the capital recently to tape a special segment for my Sunday morning TV show on Univision, a discussion with five senators from the bipartisan “Gang of Eight” who are pushing for the passage of immigration reform, we were delayed for a few minutes.

The crew and I were ready to begin filming, but Sen. Chuck Schumer, D-N.Y., was speaking on his cellphone, wrapping up some final details on the group’s legislation, which had just been negotiated behind closed doors. It was an important call, and none of the three senators who were with him — Bob Menendez, D-N.J.; Dick Durbin, D-Ill.; and Michael Bennet, D-Colo. (Republican Sen. Jeff Flake of Arizona was interviewed later) — dared to interrupt. Schumer was calculating how many senators would support a new amendment to the Gang of Eight’s immigration reform proposal, which, if it becomes law, will essentially militarize the border between the United States and Mexico.

The Senate deal: the militarization of the border (+agents +fence +e-verify) for legalization and citizenship.

Simply put, to gain more support from the GOP, which is insisting on adding more security to a border that’s already pretty secure, the eight senators — four Democrats and four Republicans — had to make a deal with the devil. In order to bring down some boundaries, new ones must be raised.

While “militarize” might sound a bit harsh, it is correct. This bill is about bringing some 11 million undocumented residents out of the shadows and including them in our society, but it now also includes drastic tactics used only by hostile nations, all in the name of border security. The amendment would increase the number of border patrol agents along the U.S.-Mexico border from 21,000 to 41,000. It would also require the construction of a 700-mile fence between the two countries, the addition of more surveillance technology to monitor the border (including an expanded role for unmanned drones) and the nationwide implementation of a job-verifying program known as E-Verify. Private contractors who have worked for the U.S. military in Iraq and Afghanistan are now setting their sights on the U.S.-Mexico border, since their services would be in demand — and quite lucrative.

The border security amendment would divide the two countries, harming our close trading partnerships. If this law were passed, the U.S. and Mexico would not look like major allies, but nations on bad terms. This is the time to tear down walls, not raise more.

This proposal should be raising alarm in Mexico. While lawmakers in the U.S. decide the fate of millions of undocumented residents, most of whom came from Mexico, and dictate what the border is going to look like, what sort of input is Mexican President Enrique Pena Nieto offering? None. He has taken no role, and his silence is profound. The president’s passivity is baffling, since millions of Mexicans will be affected by these deals being struck north of the border. It’s as though this plan to secure it has little to do with Mexico.

Perhaps Pena Nieto does not have the will or the resourcefulness to work with American lawmakers on creating a realistic plan for undocumented residents in the United States. It’s clear that his administration lacks the audacity to propose an immigration agreement similar to that of the nations that belong to the European Union. After all, Pena Nieto should know that what Mexico needs is more visas so workers can travel north where their labor is needed, not more American agents chasing impoverished and desperate Mexicans through deserts and valleys. It’s unlikely that Pena Nieto will pressure American officials for new visa agreements, as his predecessor, Vicente Fox, did. And that is very frustrating.

Mexicans understand that the American senators who crafted this security plan don’t want Mexico’s drug-related violence to spill over the border, nor do they want to risk having terrorists sneak across. Lawmakers also say that after such complicated negotiations, they don’t want to have to repeat the process in a few years if millions more undocumented residents stream into the country. To an extent, I understand that logic.

I also understand the message they got from the Hispanic community after the 2012 election: Push for immigration reform and come up with a path to citizenship for undocumented immigrants, no matter the cost. It is hard for me to reproach these congressmen for agreeing to this proposal.

Senators Schumer, Menendez, Bennet, Rubin and Flake were all very candid during their interviews. That was not the agreement they envisioned, but this legislation is the product of a long negotiations. And in such situations, you don’t get what you deserve, you get what you bargained for. On Monday night, the Senate voted 67-27 to move the border security plan forward. The message is clear: At the U.S.-Mexico border, strength and boundaries are favored over cooperation.

Share
FacebookTwitter
Previous ArticleU.S Senators talk about immigration (June, 2013)Next ArticleONE NATION, WHERE ALL ARE EQUAL