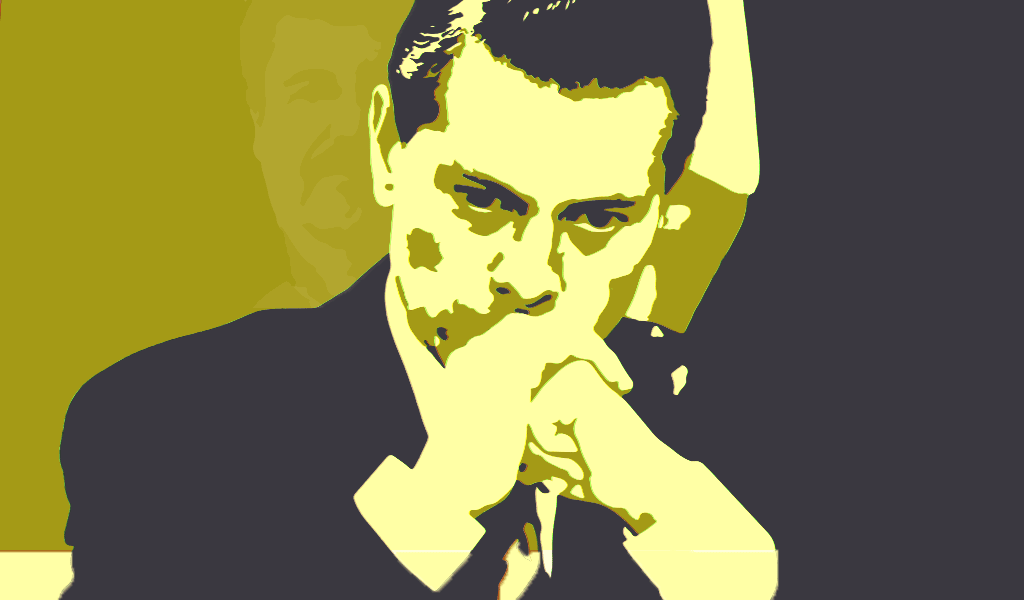 Some behaviors just keep repeating themselves and never change.

In Mexico, every time there is a crisis, President Enrique Peña Nieto shrinks.

Three crises have marked Peña Nieto’s presidency: the massacre of the Ayotzinapa students; the accusations of corruption about the house that his wife bought from a government contractor; and the escape of drug lord Joaquín “El Chapo” Guzmán Loera. In all three cases, Peña Nieto has shrunk – and refused to face the music.

It’s a very peculiar style of governing. Instead of handling a crisis, he hides. Instead of looking for solutions, he makes excuses. Instead of acting as a leader and assuming responsibility, he sends others to speak on his behalf.

That’s exactly what Peña Nieto did when El Chapo escaped. Instead of returning to Mexico to face his administration’s worst security crisis, he didn’t even cut short his state visit to France. That’s called a power vacuum.

In 1992, when Pablo Escobar – the world’s most dangerous drug dealer at the time – escaped from jail, Colombian President César Gaviria immediately suspended an important visit to Madrid. Peña Nieto didn’t do likewise. He sent somebody else to face the international humiliation. But it didn’t work.

At a press conference, it was embarrassing to listen to his interior secretary, Miguel Ángel Osorio Chong, cynically boasting about the Altiplano prison (where El Chapo was held). How can you brag about your prisons when the most powerful drug dealer just escaped from one of them?

I never heard Osorio Chong say, “We were wrong.” I never heard, “I did a bad job, I’ll tender my resignation.” Osorio Chong’s argument, that El Chapo managed to escape because the penitentiary couldn’t help but have blind spots, was pitiful. No. He escaped because of the system’s incompetence, corruption and impunity.

The mistakes made after El Chapo’s escape aren’t new. In September last year, after the disappearance of the 43 students from Ayotzinapa, Peña Nieto also went into hiding. Others spoke on his behalf. Eventually, he caved in to pressure. But it took him 10 days to speak for the first time in public about the case – and over a month to meet with the victims’ families.

Peña Nieto behaved the same way when journalist Carmen Arístegui and her team exposed potential corruption and conflict of interest in the purchase of the so-called White House, a $7 million mansion in one of Mexico City’s most expensive neighborhoods.

Once again the president didn’t face the music and went on with a trip to Australia and China. Days after the story broke, his wife Angélica Rivera spoke for him. Rivera posted an amateurish video on YouTube to explain how she was buying the house from a construction company with long ties to her husband. Then she promised she would sell the house. That hasn’t happened yet. Neither have any details emerged from a presidential appointee’s alleged investigation into that shady transaction. (By the way, Guatemala President Otto Pérez Molina is setting an example to Mexico about how to face corruption scandals that touch the presidency.)

Three grave crises, three terrible absences. Many Mexicans, used to strong and authoritarian presidents, don’t recognize a weak, elusive leader who is very reluctant to give press conferences. The polls also suggest people are fed up with the president’s performance and don’t trust him.

Peña Nieto’s magical thinking is that things will go away if you don’t talk about them. He’s wrong. He doesn’t like to talk about the drug-related violence, but since he took office, more than 40,000 Mexicans have been killed, according to official data. Peña Nieto and his advisors think they are back in 1968 or 1988, when leaders were able to hide reality by keeping silence or censoring the media. That’s not the case anymore. The social media overwhelm them, and courageous Mexican journalists denounce abuses. And the international media won’t let the leaders lie.

The least we can ask from a president is to preside, to be accountable and not to hide. Facing a series of crises in Mexico, Peña Nieto has been a paralyzed president – almost irrelevant. And that’s how not only El Chapo can escape, but also the future.