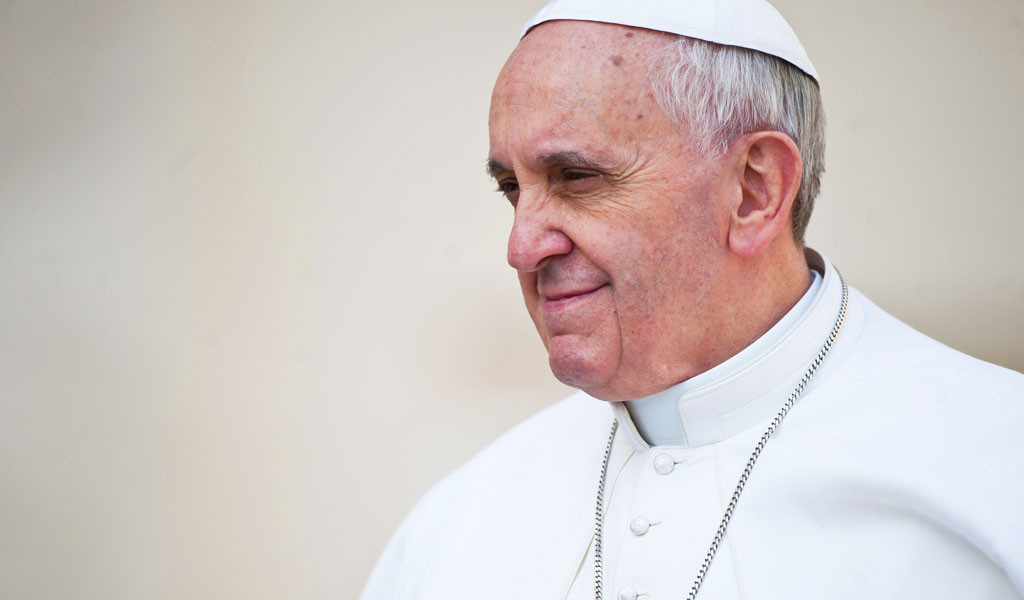 That’s how Pope Francis described himself in a 2013 interview with the Jesuit magazine La Civilitá Cattolica. This admission — the notion that he is just like the rest of us — is one of the primary reasons that people, whether they are religious or not, like Francis.

The pope, formerly Jorge Bergoglio, doesn’t present himself as superior and infallible, as other pontiffs have. “Depicting the pope like some kind of superman, or a star, is something offensive for me,” he said last year in another interview with the Italian newspaper Il Corriere della Sera. If God speaks through the pope, as Catholics around the world believe, Francis certainly doesn’t brag about it.

In 2013, when Francis was elected pope, I was in India and watched the historic announcement on television. Francis is the first Latin American pontiff, the first Jesuit and the first head of the modern church whose native language is Spanish. When he appeared before the world in St. Peter’s Square, he looked surprised and shy, as though he was wondering what was he doing there.

We soon learned that Francis was indeed different. He quickly eschewed the Vatican’s Apostolic Palace, where most pontiffs have resided for centuries, to live in a residence at Casa Santa Marta, an austere compound for guests of the Vatican. He famously drives around Rome in a blue Ford Focus. He won’t wear those ridiculous red slippers that other popes have. He doesn’t wear a bulletproof vest when he’s out in public. He hugs parishioners on the street, and he even lets some take selfies with him.

In addition, Francis is the first pope who grants occasional interviews. He is even willing to debate the inflexible doctrine of the Catholic Church. “Who am I to judge?” he famously responded when a reporter asked about the church’s attitude toward gays. Francis supports a fast and free-of-charge annulment of religious marriage. That’s a small change. He also has allowed divorced people and women who had abortions to approach the church.

But make no mistake: Despite the expectations of many Catholics as he travels through Cuba and the United States, it doesn’t look as if Francis will go further.

And that’s the problem: The pope’s humbleness, simplicity and accessibility don’t necessarily mean that he’s going to make deep changes in Catholic doctrine. Despite his liberal stances, Pope Francis is hardly a radical. And so far, his changes are all about style, not substance.

While he has been celebrated in the media as a religious leader who is refreshingly open to change, Francis still refuses to allow women into the priesthood, do away with the requirement that priests be celibate, embrace gay marriage or approve the usage of contraceptives for 1.2 billion Catholics in the world.

And with regard to the sex abuse scandal, Francis hasn’t dared point a finger at those within the church who covered up for criminals. It’s true that unlike his two predecessors, John Paul II and Benedict XVI, Francis has imposed a zero-tolerance policy with regard to sexual abuse, but many of the bishops and cardinals who knew for decades about crimes committed against minors remain in their posts.

That said, I do admire the freedom and spontaneity with which Pope Francis speaks in public. This is something he apparently embraced after his painful tenure as Argentina’s provincial superior of the Society of Jesus, a Catholic order, during the Dirty War (1976-1983). In that conflict, Bergoglio quietly tried to help the victims of the Argentine dictatorship, but he didn’t challenge the authorities in public. That experience affected him deeply. “I had to learn from my errors along the way because, to tell you the truth, I made hundreds of errors. Errors and sins,” he said about that time in Argentina, according to author Paul Vallely.

It is equally admirable that the pope has an eye on the future and is already looking for his replacement. Out of the 39 cardinals that he has appointed during his papacy, 24 are not from Europe. It would seem that the 78-year-old sinner pope is looking for a successor just like him — someone who is fallible, and willing to admit it.