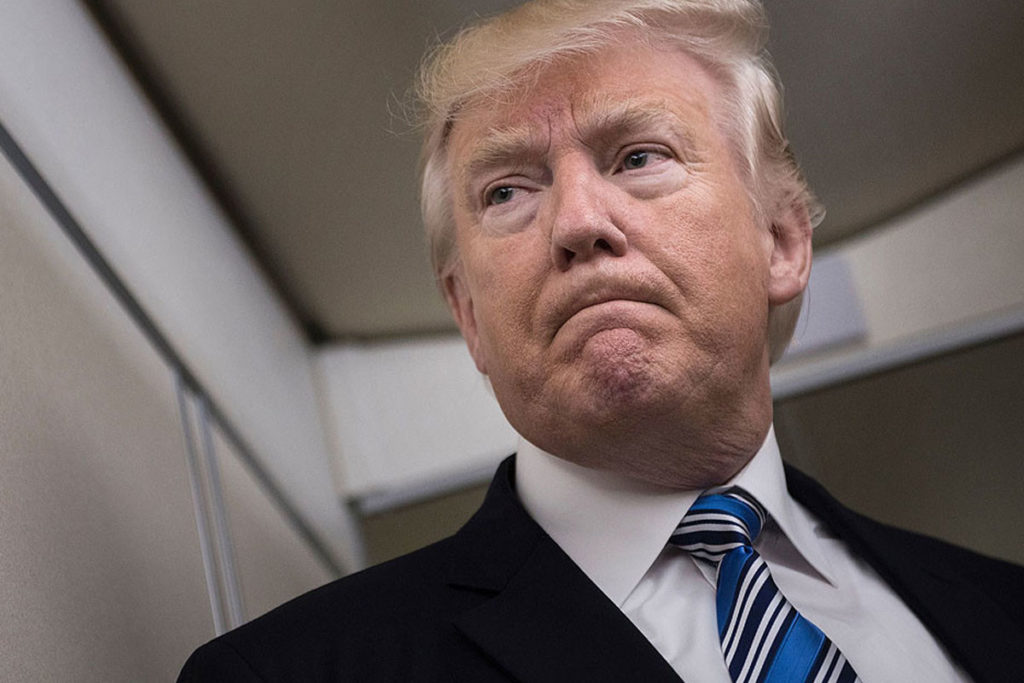 It’s hard to think of an American politician who is more vehemently anti-immigrant than President Donald Trump.

He wants to cut legal immigration by half. He has likened Mexican immigrants to rapists and criminals. He wants to ban most people from six Muslim-majority countries from entering the U.S. During his campaign, he said he could deport 11 million undocumented residents in two years. And his orders to detain people who are in the country illegally, whether or not they have committed a crime, are causing terror within the Latino community.

So where did the president’s suspicion of immigrants come from?

Certainly not from his family — the Trumps are a family of immigrants. Trump’s grandfather Friedrich was a German immigrant; his mother, Mary Anne, came from Scotland; and his wife, Melania, is from Slovenia. Four of Trump’s children have an immigrant mother. To me it always seems like a betrayal when an immigrant or an immigrant’s child wants to close the door to those who will come after. But that’s precisely what’s happening now in the U.S.

Does the president want to change the country’s demographics? Is the Trump administration concerned about the U.S. becoming a minority-majority nation?

Such qualms might explain Trump’s endorsement of a new immigration bill — the Reforming American Immigration for a Strong Economy Act, or RAISE — that would give entry priority to immigrants who speak English and have a college degree. The bill isn’t racist in and of itself — it doesn’t say that immigrants from the U.K., Australia, Ireland or Canada are preferred over Hispanic, African or Asian immigrants. But that’s an outcome that may result from such legislation. (Today the largest group of immigrants in the United States came from Mexico; many of them crossed the border to join their families.)

Before 1965 — when U.S. immigration quotas were stopped — almost 9 out of every 10 American citizens were non-Hispanic whites. Some Americans wish that the U.S. could return to such a past, but that’s no longer possible.

Here’s what I mean: On July 1, 2015, two weeks after Trump announced that he was running for president, most of the babies born in the U.S were conceived by minority couples, according to the Census Bureau. That is, more than half of all infants in the country are of nonwhite descent.

The RAISE legislation would reduce legal immigration by half within a decade, but it won’t reverse the country’s multicultural trends. Plurality is growing from within. The new demographics stem from those who were already born in the United States, not new immigrants. According to government estimates, by 2044 non-Hispanic whites will become another minority, and no group will be a majority.

The simple truth is that the U.S. has always been a mixed country. Native Americans lived here for centuries before the first Europeans landed. Spanish was spoken in what would later be American territory long before English, thanks to Juan Ponce de León’s journeys to Florida in the 16th century.

Cutting legal immigration by half just isn’t fair, especially against the dramatic backdrop of the contribution that foreigners have made to this country. More than 40% of Fortune 500 companies were established by immigrants or their children, according to the Partnership for the New American Economy, and global brands like Apple, Google, AT&T and McDonald’s, among many others, were started here by immigrants or their direct descendants.

This country was built on welcoming newcomers, refugees, the poor and the persecuted. Trump wants to change this — but I bet that he fails.

Under the new rules that Trump wants to impose on our immigration system, it’s unlikely that his grandfather would have been allowed to enter the U.S. Nor would I — I hardly spoke English when I arrived in 1983. But I’m still here.

I prefer the diverse nation that the U.S. will become, and not the nostalgic and outdated version that Trump wants to return to. Is there anything sadder than an immigrant’s son who is anti-immigrant?