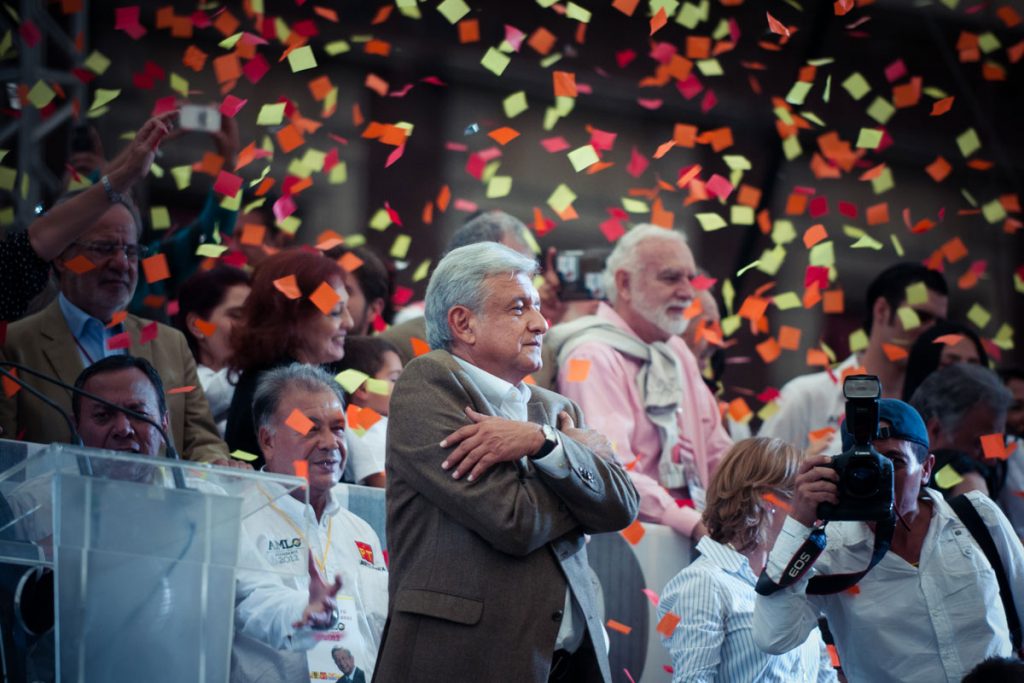 If there is one thing that Mexicans know for sure, it’s that Andrés Manuel López Obrador doesn’t back down. His supporters admire his determination; his enemies disparage his stubbornness.

Mexico’s new president-elect tried to become president for 12 years, and he finally did it, overcoming political persecution, at least two fraudulent elections (according to his own recounting) and an entire political system that had managed to avoid real change since 1929.

Throughout his candidacy, critics constantly assailed Mr. López Obrador, or AMLO, as he is commonly known, warning that not only was he a populist, but a communist as well. Some even cautioned that he was orchestrating a Machiavellian plot to become another leftist dictator in Latin America. But his opponents couldn’t slow his momentum.

His victory was impressive. Mr. López Obrador was a front-runner for months before the July 1 election, but many pollsters still ended up underestimating his popularity — he won more than 53 percent of the vote in a four-way race.

That’s how Mexico moved to the left; why the country shifted is not complicated.

The last time a leftist candidate — Cuauhtémoc Cárdenas — won a presidential election was 1988. But victory was snatched away from Mr. Cárdenas in Mexico’s most infamous election fraud scandal, and Carlos Salinas de Gortari was named president instead. (Mexico’s modern democracy—born 18 years ago, when Vicente Fox, an opposition candidate, was able to break the decades-long authoritarian rule of the Revolutionary Institutional Party, or PRI — seems to be functioning better now, given the fact that the candidate who won the most votes was simply named the winner, even if he was on the left.)

Two parties, the PRI and the National Action Party, or PAN, have governed Mexico for the last 89 years, with disastrous results. Mexico has one of the worst income distribution levels in the world, and governmental corruption has become extremely common. (As evidence, just look at the extravagant lifestyles that many politicians and former presidents are inexplicably able to afford on public salaries.) Worst of all, the government is unable to protect people against violence.

This is why 30 million Mexicans voted for Mr. López Obrador.

He will be, no doubt, a strong president. His party, the National Regeneration Movement, or Morena—which didn’t even exist in the last presidential election in 2012—will now hold a majority in both chambers of Congress. And almost every state governor elected in Mexico on July 1 is a member of Morena. If Mr. López Obrador wants to amend Mexico’s Constitution, he will have more chances to do so than many of his predecessors.

Except he has never indicated that he wants to change the Constitution or seek re-election after his six-year term ends. This hasn’t put his opponents at ease, nor has it quelled the concerns of many Mexicans. Is it possible that Mexico will follow the same path as Cuba and Venezuela? What if Mr. López Obrador becomes the next Hugo Chávez or Nicolás Maduro? What if he changes course and decides to seek re-election?

The latter is highly unlikely. The slogan “effective suffrage, no re-election,” coined during the Mexican Revolution in 1910, is deeply embedded in a political culture that prohibits extending a president’s six-year mandate. Term limits are part of Mexico’s DNA: Nobody wants another Porfirio Díaz, whose 30-year grip on power triggered the revolution and became the country’s ultimate lesson in avoiding dictatorships. Even in the authoritarian era of the PRI (1929-2000), nobody dared try to stay in power longer than six years.

Still, in an interview I conducted with him last year, Mr. López Obrador refused to criticize Venezuela’s Mr. Maduro and Cuba’s Raúl Castro, and he refused to call them dictators. However, this has more to do with his taking a traditional view of foreign relations rather than with a desire to be like these two strongmen.

“I don’t know Hugo Chávez,” he told me. And Maduro? “Neither. I have nothing to do with them.”

I asked him why he wouldn’t even say that they were dictators.

“Because I don’t want them interfering later in matters that should concern Mexicans only,” Mr. López Obrador said.

In other words: Don’t expect Mr. López Obrador to become an advocate for human rights in Latin America. He will be an inward-looking leader, while trying to convince the world that a leftist, populist Mexico can be different from Venezuela and Cuba. But first he needs to demonstrate that democracy can truly lead to justice, equality and opportunities for his people.

The problem is that democracy doesn’t have a great reputation in Mexico, because democracy won’t put food on the table, nor will it shield you from a bullet. Only about 49 percent of Mexicans expressed support for a democratic system in a recent study from Vanderbilt University and the U.S. Agency for International Development. This is understandable: The country’s major problems — crime, corruption, lack of opportunity (which drive so many people to the United States) — have worsened in the last two decades since Mexico underwent democratic reforms.

Mr. López Obrador now has to prove to people that despite their suspicions, a true democracy — like the one that arrived radically and peacefully on a Sunday in July — means a better life. Mr. López Obrador inspired voters; this was evident in the #AMLOVE hashtags that were being shared as Election Day neared. After he won, Mr. López Obrador promised that he would not let people down. This won’t be easy.

During the last two presidential administrations, more than 200,000 Mexicans lost their lives to violence. Today, the country’s brutal drug cartels run things in many regions. Mr. López Obrador must change all this, while also taking on Mexico’s rampant corruption.

Can he save Mexico? No. Not on his own. Changing the nation’s direction is impossible for one man, even if he has the best intentions.

This reminds me of a dilemma we Latinos had for years in the United States regarding the late great labor leader César Chávez. For a long time we wondered when the next Hispanic leader would rise in America: Where was the new César Chávez? But it was the wrong question. What we needed was not one César Chávez, but thousands of them.

Mexico is not a one-man country anymore.