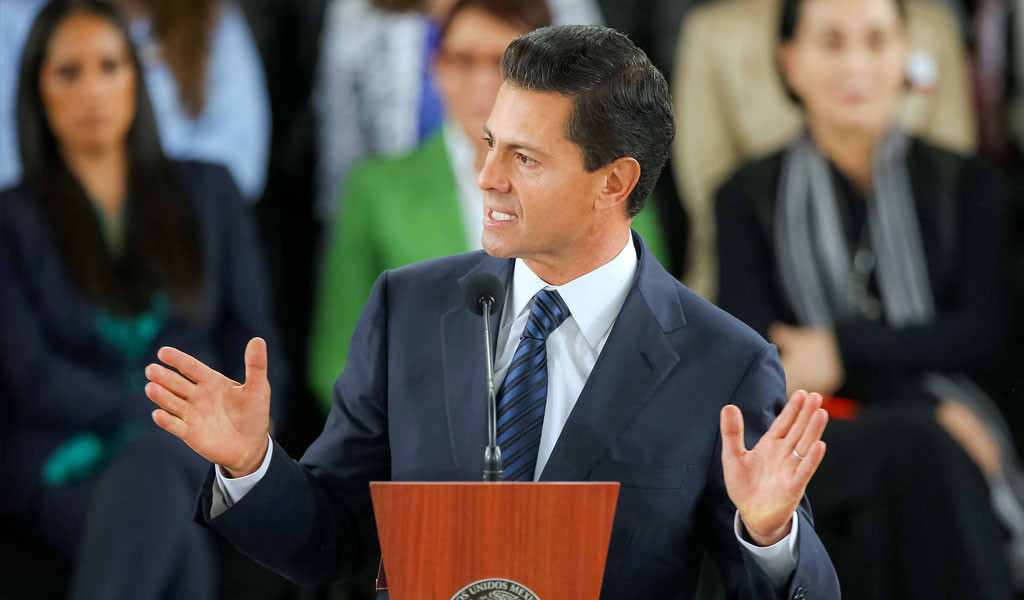 Once again, Enrique Peña Nieto and his family appear to be benefiting from his position as president of Mexico. Once again, a scandal has been sparked by reporters asking questions. And once again, the whole situation reeks of corruption.

José Luis Montenegro and Julio Roa, reporters at The Guardian, recently revealed that Peña Nieto’s family has been using an apartment worth about $2 million in Key Biscayne, Florida, which is owned by Ricardo Pierdant, a Mexican businessman. Pierdant’s apartment, Unit 404, is located directly above Unit 304, which is owned by Peña Nieto’s wife, Angelica Rivera. She bought her apartment in 2005. According to the reporters, both units are managed as one property and share the same phone number.

A recent follow-up report from Gerardo Reyes at Univision claimed that the apartments are connected by a private elevator. Reyes also explained that Pierdant and Peña Nieto go way back — they were schoolmates in college (if pressed, it’s doubtful that Peña Nieto can claim to have had no knowledge of this arrangement).

But that’s not all. Montenegro and Roa reported that Pierdant used a holding company to pay $29,703 in property taxes for Rivera’s apartment in 2013. One has to wonder: What did Pierdant expect in return for lending out his million-dollar property and paying Rivera’s taxes? We don’t know. However, the journalists have explained that Pierdant’s company, Grupo Pierdant, is expected to bid for a lucrative government contract to manage seaports in Mexico.

After the article was published, Peña Nieto’s office issued a press release blasting The Guardian for “violating the truth” but did not deny the facts of the report.

Did Peña Nieto violate any laws? According to Article 88 of the federal law that outlines responsibilities for public servants, Mexican officials are barred from receiving money, donations or services in their official capacity. And Article 89 says that elected officials are required to publicly report any “gifts, donations or benefits.” Did the president ever report that his family was borrowing an apartment, or that property taxes were being paid on his wife’s property? This matter must be thoroughly investigated.

What this represents, at the very least, is yet another critical error of judgment for the president, in a long series of such errors: The fact is that a businessman with operations in both the U.S. and Mexico appears to have paid taxes for Peña Nieto’s family and allowed them to use his luxury apartment.

And the strangest thing about this new scandal is that it’s not entirely new. In July, Peña Nieto apologized for the so-called “Mexican White House” scandal, in which Rivera bought a luxury home worth millions of dollars from Grupo Higa, a government contractor.

After reporters in Mexico revealed that story, Peña Nieto tasked a subordinate with launching a bogus investigation into the purchase last year. Of course, the investigators concluded that no laws had been violated — but Peña Nieto’s reputation suffered a deep blow.

After issuing that apology, Peña Nieto and Rivera should have ensured that all of their business dealings were made public in order to avoid the appearance of any further conflicts of interest. But they didn’t. Does no one advise Peña Nieto on how to maintain his image and reputation? Does he not realize how suspicious this looks? Peña Nieto and Rivera simply refuse to learn their lesson, and they’re setting a truly appalling example for the country — and for other Mexican public officials.

After the last scandal, Rivera was forced to sell the property. Following this new misstep, she and her husband should, at the very least, vacate the borrowed apartment in Key Biscayne and repay the property taxes. But I already know that won’t happen: They will just claim that they did nothing illegal.

It’s sad that one of Mexico’s youngest presidents will be remembered not for his big deeds or great ideas, but for his foolishness in failing to realize that he and his family should not benefit — nor even appear to benefit — from his office. Peña Nieto is simply not the leader Mexico needs.