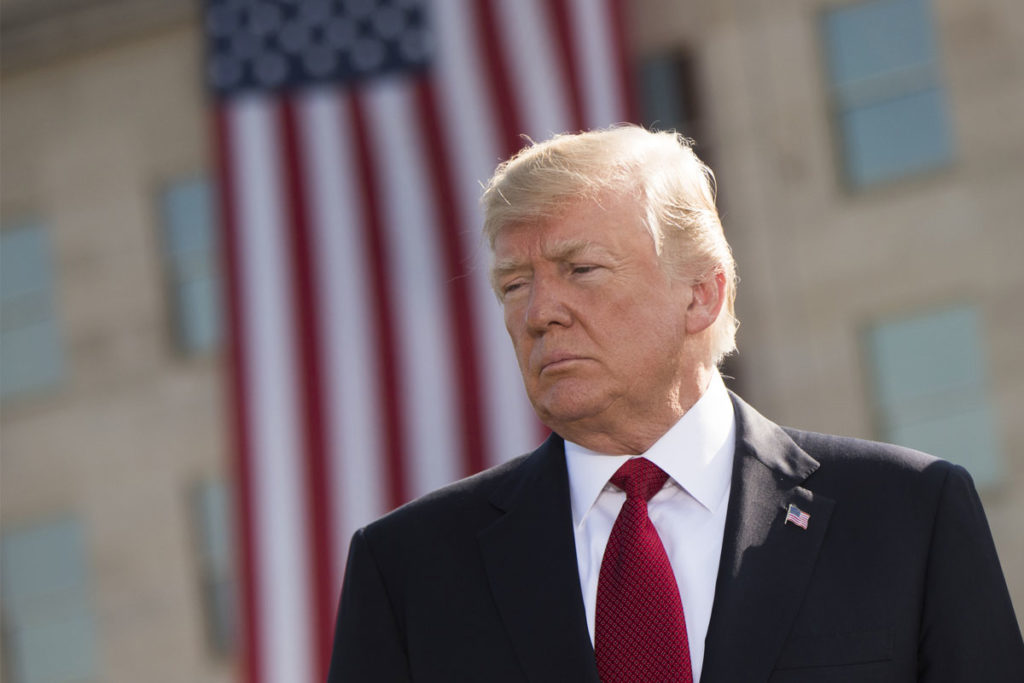 President Donald Trump has a new obsession: “Chain migration.” He wants to end the practice of legal immigrants bringing their families to live with them in the United States.

Chain migration is, in fact, pretty standard practice around the world. I would guess that the president likes being around his family; the same is true for immigrants. In fact, the Immigration and Nationality Act of 1965, which is still in effect in the U.S., was based partly on the idea of family reunification, and thus has greatly increased the number of immigrants from Latin America and Asia in the last several decades.

Trump doesn’t seem to like this at all. “Chain migration is a disaster for this country, and it’s horrible,” he said in a recent Fox News interview. Perhaps the problem is that before 1965 most of the immigrants who entered the United States came from Europe. But not anymore.

In 2015, about 43 million immigrants were living in the U.S. (13.5% of the population), according to the Migration Policy Institute, and the top countries of origin were: Mexico, India, China, the Philippines, El Salvador, Vietnam, Cuba, the Dominican Republic, South Korea and Guatemala.

When Trump speaks against “chain migration” he’s using coded language. What the president really means is that he doesn’t want any more immigrants from Asia or Latin America coming to this country and staying. His message seems to be: You can stay, but your siblings and parents cannot.

If Trump could unilaterally change current immigration laws, he would. In the past, he has said he wants to implement a merit-based system for immigrants coming to this country. That sounds like a nice idea, but in practice such a system would give priority to potential immigrants from wealthy, educated, English-speaking countries. Which means white immigrants.

Trump also wants to cut the number of legal immigrants coming to the U.S. in half. In addition, he recently revoked a temporary protection status order for Nicaraguan immigrants, and a revocation of similar orders for Hondurans, Salvadorans and Haitians could follow. Trump also repealed the Deferred Action for Childhood Arrivals program, on which 800,000 “Dreamers” — young, undocumented immigrants brought to the U.S. by their parents — depended. He insists on building a useless and incredibly expensive wall along the Mexican border; during his presidential campaign he proposed a ban blocking entry to citizens of some Muslim-majority countries; and he likened undocumented Mexican immigrants to criminals and “rapists.” And let’s not forget that under the Trump administration, immigration agents, rather than focusing on removing criminals, recently detained Rosa Hernández, a 10-year-old undocumented immigrant with cerebral palsy, for days after she had undergone surgery.

Indeed, Trump has been the most anti-immigrant president the U.S. has seen since the 1950s, when Operation Wetback was implemented during the Eisenhower administration. Under this program, more than a million Mexicans were removed, and dozens died in the roundup.

When Trump was running for president, he toyed with the idea of deporting 11 million immigrants in two years. This is an unrealistic and dangerous idea, and the fact that the president would even consider it has no doubt resulted in violations against immigrants.

Presumably, Trump is trying to reverse the processes of tolerance and diversity that will transform the country into a nation of minorities by 2044. Census officials have predicted that by that year, more than half of all Americans will belong to an ethnic minority (that is, any group other than non-Hispanic white alone). It seems that Trump’s goal is to delay this reality by removing as many immigrants as possible and preventing the entry of many more.

So which version of the country will prevail? Will it be Trump’s, or will it be that of the nation that was built by immigrants and still welcomes them? Trump has gotten his way for most of his life, but not this time. It’s simply too late. Fifteen days after Trump announced that he was running for president in 2015, the Census Bureau reported that over half (50.2%) of the babies under 1 year old in the U.S. were not white. So Trump’s version of the U.S. is outdated and nostalgic.

The knowledge that Trump will lose this battle in the end is my only consolation as his anti-immigrant rhetoric continues.

Image by: Chairman of the Joint Chiefs of Staff with license CC BY-NC-SA 2.0