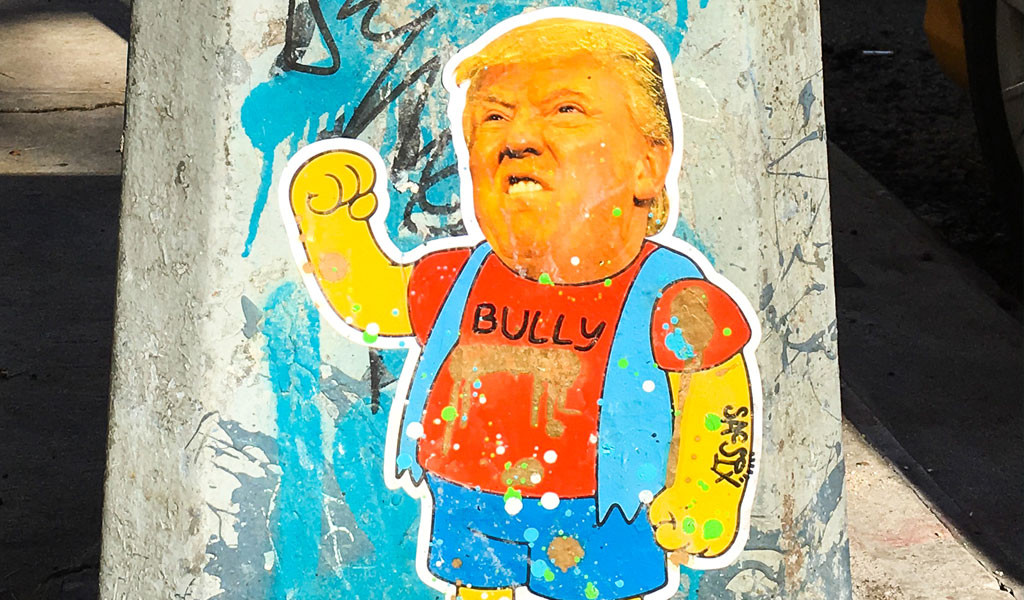 President Enrique Peña Nieto is solely responsible for Donald Trump’s recent visit to Mexico, and he alone should shoulder the consequences. The president’s advisers may counsel him, but he ultimately makes the decisions.

Last month, when Peña Nieto invited the Republican presidential candidate to Mexico City, he thought he could score political points with Trump and his supporters. But Peña Nieto never spoke up for Mexicans, never confronted Trump’s insulting Mexico for months on the campaign trail and never challenged his anti-immigrant rhetoric. Peña Nieto merely gave Trump a platform, and Trump ended up bullying him in front of the world.

Millions of Mexican voters were outraged by Peña Nieto’s behavior. But this misbegotten encounter revealed something very significant that many Mexicans haven’t been willing to admit until now: Peña Nieto just isn’t qualified to be president of Mexico.

Of course, this isn’t new. Peña Nieto’s weaknesses have been evident since before he was elected — for example, in an early interview when he couldn’t remember what led to the death of his first wife, or, during a candidates’ forum, his inability to cite three books that influenced him.

Mexico is now suffering the consequences of having a head of state without any sort of leadership skills. Just look at the evidence: Mexico is experiencing one of the most violent periods in its modern history; the case of 43 missing college students from Ayotzinapa remains unresolved; and many Mexicans still believe that the first lady’s purchase of a $7 million luxury home from a government contractor constitutes an appalling conflict of interest, no matter how much the administration tries to cover it up. The list goes on.

On Sept. 15, many Mexicans are staging a day of protest to demand Nieto’s resignation (the hashtag #RenunciaYa, or “resign now,” is being shared widely on Twitter). Article 86 of the Mexican Constitution states that a president should resign “for serious cause, to be determined by the Congress.” But Peña Nieto shows no sign of stepping down. Nor is there any evidence that the Mexican Congress is willing to charge him with “treason against the country or serious common-law crimes,” as provided by Article 108, which details the procedure for a president’s removal.

It’s also implausible that independent United Nations investigators might step in and look into the presidential family’s questionable property purchases, since Mexico’s political opposition is unlikely to support such a probe. After all, they themselves have their own secrets to hide.

So Peña Nieto, it seems, is here to stay.

However, the person who’s not staying is Luis Videgaray, Peña Nieto’s finance secretary and one of his closest advisers, who resigned shortly after the infamous visit. Videgaray pushed to invite Trump to Mexico because he wanted to prepare the country for the worst-case scenario: a Trump victory. “This man (Trump) could become president, and that’s where Peña Nieto had the option of doing nothing and trying a mutual-insult strategy, or seeking a dialogue,” Videgaray said in an interview before he left office. “We’ll look back on that day, if Trump is elected, and say: ‘Hey, maybe what we were criticized for, what at the time looked like a political error, maybe it was a success.’ ”

The meeting was hardly a success. Videgaray and his boss believed that it was the right moment to appease Trump. But they were wrong: They should have confronted him and called out his lies. Instead, Peña Nieto’s passivity and ineptitude during the meeting — and at a humiliating press conference with Trump afterward — mirrored the image of his failed presidency. Peña Nieto was incompetent as a candidate, and he’s just as incompetent as a president.

Back in the U.S., Peña Nieto unwittingly helped Trump narrow Hillary Clinton’s lead in the polls. Less than a week after the meeting in Mexico, a CNN survey of 1,001 people showed a Trump edge, 45% to Clinton’s 43%. The results were certainly within the survey’s 3.5% margin of error, but the message was that Trump’s numbers were rising. Perhaps Trump will soon send Peña Nieto a note thanking him for the bump.

Peña Nieto, like many other world leaders, is preparing for what seemed impossible a little over one year ago: a Donald Trump presidency. We’ll see what happens — two brutal months of campaigning are ahead. What’s totally unacceptable anywhere, however, is to be a Trump appeaser like Peña Nieto.