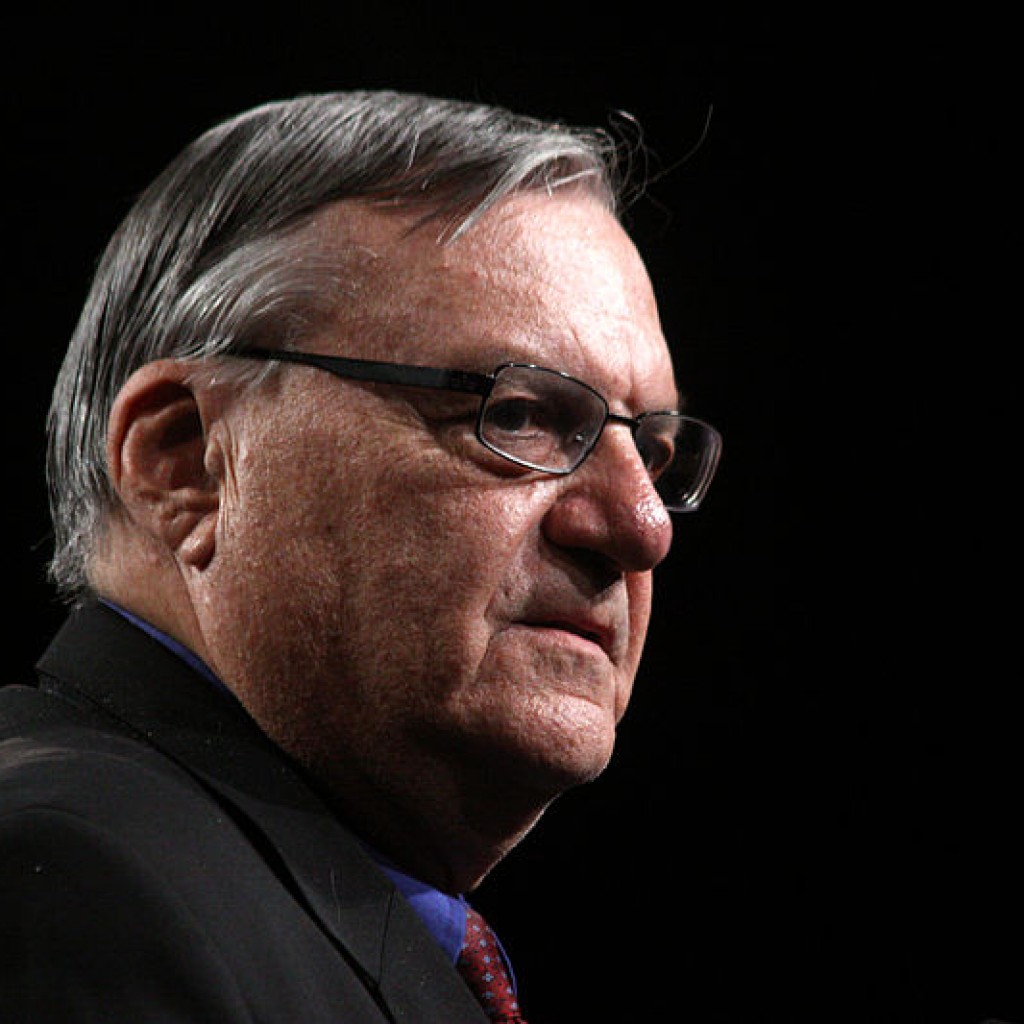 PHOENIX -TV commentators often call Joe Arpaio “America’s toughest sheriff,”
and his supporters boast that he is the most effective and efficient cop. But
other groups, namely Hispanics and immigrants, say that Arpaio, the sheriff of
Maricopa County, Ariz., might also be America’s most hated lawman.

Regardless of what people think of him, however, one thing is certain: Arpaio
will never change. And that may be a problem.

Arpaio, 81, has been accused by the Justice Department of engaging in racial
profiling – a polite way of saying that he and his deputies are suspected of
discriminating against Hispanics by singling them out for arrest and prolonged
detention. Of course, Arpaio denies that, saying that he is only enforcing the
law. Still, over the past several years, his office has spent millions defending
him against numerous lawsuits.

I recently traveled to Arizona to meet with Arpaio at Tent City, the infamous
outdoor prison that he built 20 years ago. At the facility, hundreds of
prisoners live in open-air tents, sleeping in bunkbeds, while trying to contend
with the elements – summer temperatures in the Arizona desert can reach 125
degrees. As I was speaking with Arpaio, an inmate mentioned that prisoners at
Tent City are treated worse than dogs. The sheriff does not take such criticism
lightly.

“Let me just say something – it might be harsh,” Arpaio said, looking
directly into the inmate’s eyes. “The dogs have not committed a crime. All of
you have committed crimes.”

As we continued our tour of Tent City, a female inmate pointed out to Arpaio
that she had found fingernails and hair in the food. Another said that inmates’
meals resembled pig slop (Arpaio proudly boasts that the jail spends no more
than 40 cents on each meal). The inmates offered me a bowl filled with a slimy
green puree, and another filled with something that had a sickeningly yellowish
hue. I tried a spoonful of the green “food” – terrible. I do not know what it
was, though it made me queasy.

While Arpaio’s treatment of inmates at Tent City has been the focus of
widespread criticism from both inside and outside the jail, the most serious
charges against him relate to the targeting of immigrants. From 2007 to 2010,
the sheriff’s office arrested and deported more than 26,000 undocumented
immigrants, and advocacy groups have suggested that many of those arrests were
based solely on detainees’ skin color or accents.

What about the families that Arpaio and his deputies have torn apart? Take
Katherine Figueroa’s family. In 2009, when Figueroa was just 9 years old, she
learned from a TV news program that Arpaio had raided the car wash where her
parents were working. Her mother and father were arrested, and the family was
separated for three months.

Before I traveled to Arizona, I told Figueroa that I was going to meet with
Arpaio, so she recorded a video message for him. I played it for him on my
phone. Figueroa accused him of being a racist, and of breaking up families whose
only crime was being on the wrong side of the border. She wanted to know why the
sheriff would do such a thing.

After he watched the video, I reminded Arpaio that many people considered him
a monster. I asked: Why go after people who are in the United States solely to
try to make a better life for themselves and their families – in Figueroa’s
parents’ case, by washing cars?

He told me that I had it all wrong, that many undocumented immigrants are
using other people’s identities and documents, and that is a serious offense.
“If I only had a chance to talk to (the groups that criticize me),” Arpaio said,
“I would alleviate that problem in two minutes.”

One of the things that startled me the most during my tour of Tent City was
the fact that many inmates asked Arpaio for his autograph. More startling was
how Arpaio, like any Hollywood movie star, gave it to them with a smile. On the
outside, however, his star power is waning. The courts have prohibited Arpaio
and his deputies from carrying out immigration-related functions, and their
activities are monitored by the Justice Department.

No matter – I get the impression that Arpaio will keep doing things his own
way. After all, he has been re-elected five times, which only demonstrates that
the voters want him to carry on. In fact, as I was leaving Tent City, Arpaio
made a point to put his phone close to my ear. It was playing Frank Sinatra’s
“My Way.”

Indeed, in Maricopa County, it is Arpaio’s way, or no way at all.