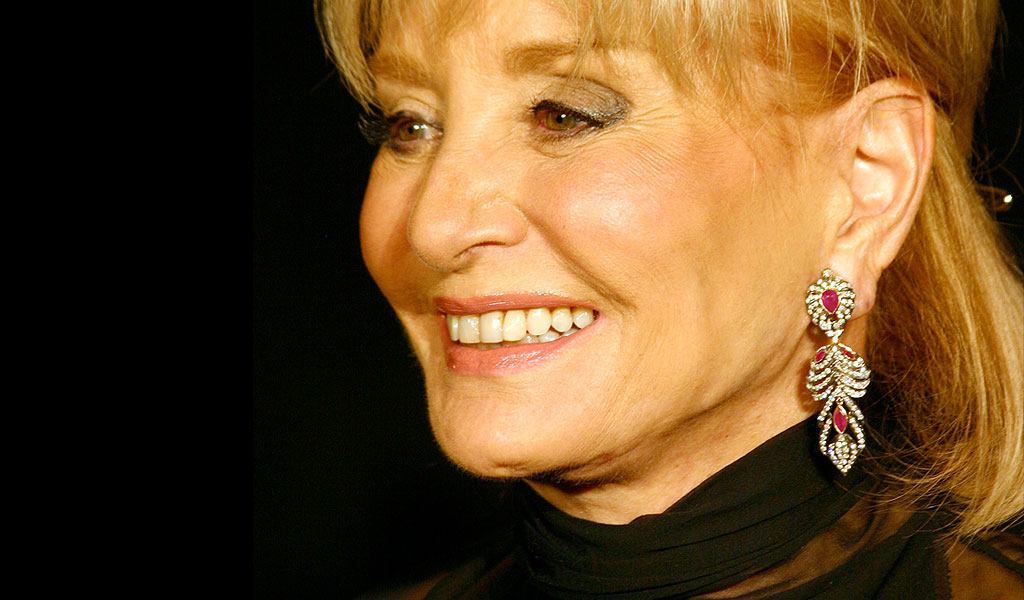 NEW YORK – Barbara Walters is perhaps the world’s most famous journalist, and for good reason.

For more than five decades she has been known for her interviews with people who were making history and headlines. She has never been afraid to ask tough questions, and her audiences can always rely on Walters to get to the heart of the matter when she meets with one of her subjects.

After so many years of counting on her to uncover the truth, it was
unsettling to hear recently that she was retiring.

But the truth is that a journalist never stops asking questions, and Walters,
84, will probably be back. There are some subjects that would bring her out of
retirement immediately. “If the pope said he would do an interview, would I come
back? You bet,” she told me recently at the offices of “The View,” the morning
talk show she co-created in 1997. “If Queen Elizabeth said, ‘would you do an
interview?’ – she’s never done one – would I come back? . You don’t say ‘never’
when you’re in this business.”

Walters’ most-watched interview was in 1999 with Monica Lewinsky, who spoke
about the affair she’d had with President Bill Clinton. An audience of more than
50 million tuned in to ABC’s “20/20” to watch Walters pose questions to the
former intern, who was at the heart of the scandal that led to the president’s
impeachment. “People were very curious about her,” Walters told me. “I’m still
in touch with Monica . She is an intelligent woman, and a nice woman.”

In the course of her long career, Walters has interviewed every American
president since Richard Nixon, along with many other world leaders, including
Russian President Vladimir Putin, the late Iraqi dictator Saddam Hussein and
Fidel Castro, the former leader of Cuba. During the interviews she poses short,
clear questions, which are often piercing. Her subjects have no doubt about what
she wants to know, and no subject is off-limits.

The key to conducting a great interview, she said, is doing “a lot of
homework” in advance. “I think it’s very important” she said. “I sometimes know
more about the person than they know about themselves, and it makes it easier
for me.” This is apparent when watching her work; her subjects are so often
reduced to tears, and more than one has trembled as he fielded her questions.

But in addition to reporting on historic moments, Walters also made history
herself. She was the first woman to anchor a national morning show in the United
States, and also the first woman to lead an evening newscast. “That’s my
legacy,” she said during our discussion, “all these young women now in the news.
There were not that many when I began; there were very few. So if I have a
legacy, it’s those women.”

I thought it would be interesting to turn the tables and ask Walters two
questions that she often asks during her interviews. The first: What’s the
biggest misconception that people have about her?

“I think the biggest misconception was that I was very serious and very
authoritative,” she told me, “because that’s the kind of interviews that I did.
But I think since ‘The View’ people know that I have a sense of humor, I hope,
and that I’m a regular person.”

The second: How does she want to be remembered? “As a good journalist, a good
mother, a good person.”

I also mentioned that last Friday was her final day on “The View.” What was
she planning to do on Saturday?

“Sleep,” she said. “I’m going to sleep. And probably on Sunday as well.”
I suspect that when she wakes, she’ll start asking questions again.

(My interview with Barbara Walters can be watched here: bit.ly/1jNm2fy.)