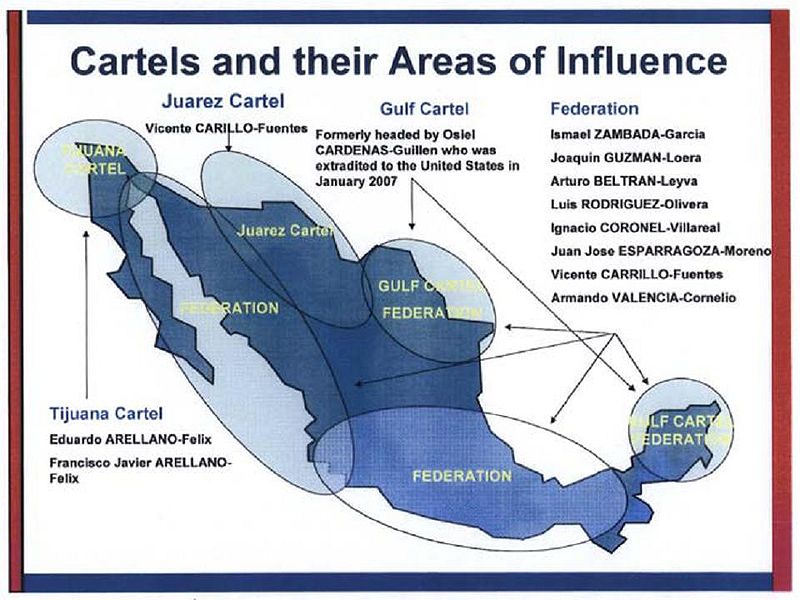 Mexico alone cannot possibly win the war against drug trafficking. And the United States is not doing enough to reduce drug consumption in its own country. So it is the narcotics cartels in Mexico who are the winners.

Although the Mexican army has been sent to the most violent areas near Mexico’s northern border, there have been more than 16,000 murders during the last three years, according to calculations by Mexican news media.

No one questions the courage of Mexican President Felipe Calderon and his decision to make the war on drugs his top priority. What people are criticizing, however, is that he sent the army and police to a war for which they were scarcely prepared.

Not only that, but the narco-traffic and violence in Mexico are fed by America’s huge appetite for illicit drugs. And while the United States does little to reduce its narcotics consumption, the Mexican government cannot fight effectively on the battle front. Lowering the rate of drug use is not seen as a priority in American society. You have only to watch TV or check out the Internet to understand that other things like the recession, jobs, health care, immigration and climate change get more publicity and capture greater attention in Washington.

Why is this? Apart from anything else, studies show that death rates for drug abuse are far lower (about 17,000 a year, according to drugwarfacts.org) than those for smoking (435,000), malnutrition (365,000), alcohol abuse (75,000) or suicide (30,000). Thus, the illegal use of narcotics is not news in the United States and is an accepted practice in many circles.

That is another battle Mexico has to fight, as well as the apparent indifference about this issue on the other side of the border.

The latest surveys I have seen do not include drug trafficking as being one of the four or five prime issues on the minds of Americans. The U.S. population hasn’t experienced up close the narco-violence that is seen by Mexicans so dramatically and tragically every day. The nearest it has gotten to U.S. consciousness was when three people connected with the American consulate in Mexico’s northern border town Ciudad Juarez were murdered recently.

Daily assassinations attributed to the drug cartels are now the rule rather than the exception. A late 2009 Pew Global Attitudes Project survey shows that Mexicans’ principle concerns were — apart from acute economic hardship — crime (81 percent), illegal drug use (73 percent) and corrupt politicians (68 percent).

Calderon’s government has been completely overwhelmed by the drug threat. The cartels’ fight for turf along the border has grown far beyond the means of the Mexican president, army and police. In border areas there is a huge absence of government authority and power.

Additionally, the cartels aren’t getting hit where it would hurt them most: the wallet. Money laundering continues unabated — with almost total impunity — by the drug dealers, who are armed with guns and riffles that come from the United States. With these advantages, they cannot be defeated.

Yes, the Merida Plan, a U.S.-Mexico agreement, gives millions of dollars and equipment to Mexico to help in the struggle with drug trafficking. But it leaves the solution of the problem in the hands of a government unable to protect the lives of its citizens and has lost control of entire regions of the country.

The United States might consider sending soldiers to Mexico, as it has done in Colombia, but a Mexican nationalism exists that still remembers 1848 — when Mexico lost half its territory to the United States — and that makes it impossible to contemplate or discuss this kind of cooperation.

So, what will happen now? With a weak and ineffective Mexican government and a neighbor who doesn’t care about the tragedy that is destroying Mexico, the traffickers are triumphing.

And what can Mexico look forward to in the near and not-so-distant future? More of the same — which is the worst fate that anyone can possibly imagine.