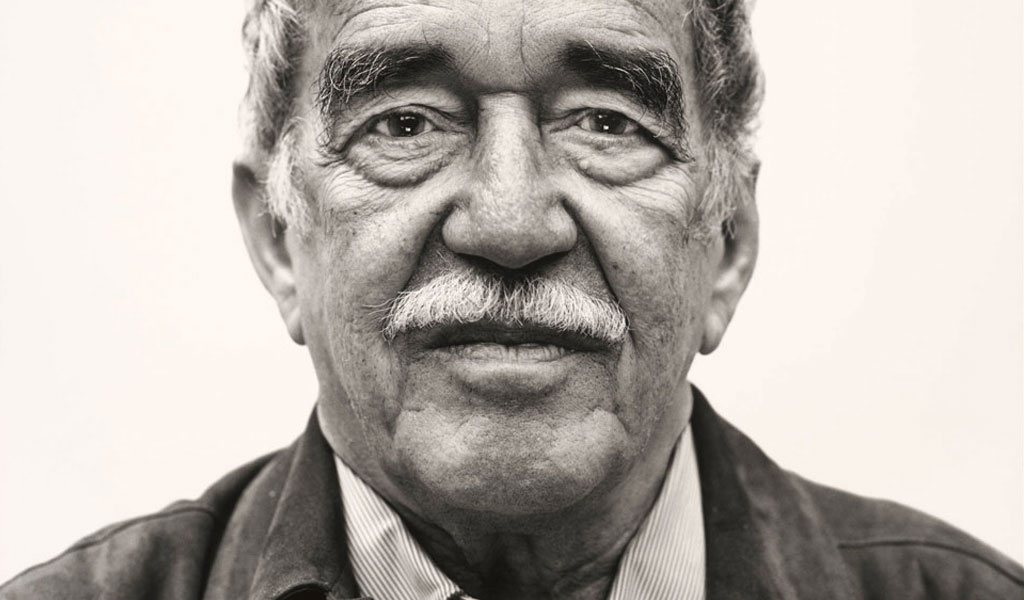 I never referred to him as Gabo or Gabito;

unfortunately, I was never lucky enough to be part of that privileged circle of close friends who called the most important novelist of our time by his nicknames. I only met him the one time.

Like millions of people around the world, I grew up reading Gabriel García Márquez’s work. I analyzed his words; his perfect phrases spoke to me.

When I was in college, García Márquez’s genius was already well known. His seminal work, “One Hundred Years of Solitude,” had made him Latin America’s foremost ambassador of magic realism – he was able to communicate a way of looking at the world that remained uniquely our own. After all, García Márquez’s Macondo could be found anywhere in Latin America. In this corner of the planet, where so many of García Márquez’s tales are based, anything is possible: Dictators never die; babies are born with tails; ghosts are more lively than the living.

García Márquez was the first writer to legitimize a method of storytelling in which the real is seamlessly woven with the fantastic. In 2004, a fellow journalist invited me to an event in Los Cabos, México, at which García Márquez was to be honored. I accepted the invitation on one condition: that I could meet the great writer.

I still remember the thrill of seeing García Márquez in person for the first time. One morning during that conference in Mexico, he and his wife, Mercedes, were having breakfast in a corner of a restaurant at a hotel, and he was inundated with many fans and well-wishers.

Interrupting him yet again, I walked up to him as he was eating his fried eggs. I introduced myself and, to my surprise, he said: “Come, sit down here.” Then he offered me the chair next to him. And just like that, I was having breakfast with Gabriel García Márquez. For me, it was truly a surreal moment, but for Mercedes, I was just a nuisance, and she let me know that with her stinging glances. But I swallowed my nerves and stayed to chat.

While I really would have preferred to listen to him talk, García Márquez wanted to know all about Univision, the television network where I work. The Nobel laureate also wanted to hear about the Cuban community in Miami. His interest in this topic offered me an opportunity to ask about something that had always bothered me. I told him that I didn’t understand why he was so friendly with Fidel Castro, the Cuban dictator.

Mercedes immediately pounced, speaking on behalf of them both. “We have known him for a long time,” she told me. “He’s our friend; it’s too late to change now.”

García Márquez nodded in agreement. For him, he explained, friendship and loyalty took precedence over politics. Besides, he pointed out, “Mercedes and Fidel are the ones who talk about politics.”

But, of course, it is no secret that García Márquez pushed Castro to release political prisoners. Also, when the author attended a dinner in September 1994 with President Bill Clinton in Martha’s Vineyard, the two of them spoke about the American trade embargo of Cuba. I have wondered if García Márquez could have become an effective intermediary between Castro and the American government, but Clinton himself told me last year that he never asked Garcia Marquez to mediate with Castro.

Besides, any chance of diplomatic progress between the United States and Cuba in the 1990s fizzled after the Cuban Air Force shot down two aircraft belonging to the Miami-based Brothers to the Rescue nonprofit in 1996.

At our breakfast in Mexico, though, the conversation quickly turned from politics to literature and journalism. García Márquez at the time was focused on fostering a new generation of journalists through his Iberoamerican Foundation for New Journalism, and we talked about that for a bit. I also confessed that I thought that his best novel was not “One Hundred Years of Solitude,” as is so often claimed, but “The Autumn of the Patriarch.” His moustache rose like a wave as he smiled.

We were soon called to an event for the conference, and our breakfast was over. García Márquez took my arm, and we walked together until I lost him in a deep sea of waiting well-wishers. We didn’t say goodbye. That was fine with me, though.

The whole dreamlike experience was as implausible as his books: sitting down for breakfast with the master himself. How impossible. How unthinkable. How unforgettable.

That was magic realism for me.