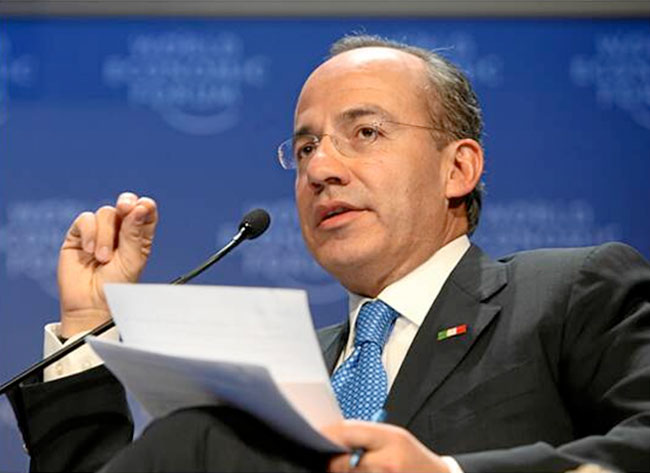 When Mexican President Felipe Calderon leaves office next month, he will not be remembered as the “employment president” that he pledged to be while campaigning in 2006. His legacy will be the rampant and continuing drug violence that cost many, many lives under his watch. In fact, it is more likely that Calderon will be remembered as Mexico’s “president of violence.”

Government data shows that about 65,000 people were killed during Calderon’s term — and that estimate is conservative. Mexico’s Proceso magazine recently conducted an independent investigation in which researchers counted at least 88,361 casualties as a result of drug violence between March 2006 and March 2012. And the National Institute of Statistics and Geography, an independent government agency, has reported that the total number of victims could be as high as 95,000.

Basically, it’s impossible to know exactly how many Mexicans were killed in the past six years. Whatever the correct figure is, it is unacceptable — and no strategy against the illegal drug trade can be declared even marginally successful if it results in more than 65,000 deaths. Every casualty adds to the record of the Calderon administration’s failures — a record of complete incompetence.

Sixty-five thousand dead. I wonder if any official considered re-evaluating the president’s military-led strategies against the cartels after 1,000 people were killed. What about after 10,000 were killed? Or 20,000? As the casualties mounted, the Calderon administration did not change course. This is why his political party, the National Action Party, had such a poor showing in the July election — the ballots cast against the PAN were partially punitive.

Calderon’s government insists that many of the dead were criminals or people involved in the drug trade themselves. That’s partly true, but most were not. Think about it: If a major portion of the 65,000 casualties had been criminals, none would be left — Mexico would be almost crime-free. The sad fact is that virtually every Mexican family has been affected by a murder, a kidnapping or an assault, or is living in fear. Mexicans have lost their streets and public places to the cartels. The authorities can’t provide any protection, so impunity reigns. According to a study conducted by the Monterrey Institute of Technology, a staggering 98.5 percent of crimes go unpunished in Mexico.

Now, my comments are not meant as a personal criticism of Calderon. It takes a great deal of courage to stand up to the worst of Mexico’s criminals, most of whom are armed with heavy weapons and are willing to do anything to get their merchandise to the American market. What I question is the intelligence of his continuing to rely on a failed strategy for years, long after it had been shown not to make a dent in the production, trafficking or consumption of illicit drugs. All his strategy produced was death.

This is Calderon’s war, and it’s his responsibility. He launched it against the cartels without adequate preparation and without setting measurable objectives. In this way it is similar to another failed war: the one President George W. Bush declared against Iraq in 2003, which also caused the deaths of many thousands of civilians with little result.

Calderon’s government also never stopped to consider whether this war had been lost before it even began. There are drug gangs in Mexico because there are drug consumers in the United States. About 22 million Americans used illicit drugs in the past year, according to data from the National Institute of Drug Abuse, and just this month voters in two states — Colorado and Washington — approved the recreational use of marijuana, while voters in another 16 states previously approved its use for medicinal purposes. As American society becomes more accepting of drug use, the war on drugs becomes less of a priority for American politicians.

Mexico has to find a different path — although it has to be one that does not include negotiating with the cartels. We must not allow them to control Mexico’s streets, businesses or political systems.

A new strategy against drug criminals should require that all of the nation’s police corps be integrated under one command. Mexico also needs to create an elite police organization capable of effectively expelling the cartels from the cities, highways and public spaces they now control. Additionally, the government must hit the cartels where it hurts the most: their finances. Seizing bank accounts, earnings and properties must be a top priority. And officials must accept the fact that to the cartels, Mexico is merely a country through which drug shipments travel north, so providing peace and security to ordinary Mexicans is going to take vigilance and creativity.

Calderon is leaving office soon. His tenure will end a few months after the unemployment rate in Mexico fell to its lowest level in four years — but it will also end with the steady scrape of graves being dug in a bloodied and demoralized country.

With a legacy like that, people won’t remember his employment figures. The only number Mexicans will remember when they think back to Calderon’s presidency will be the body count.