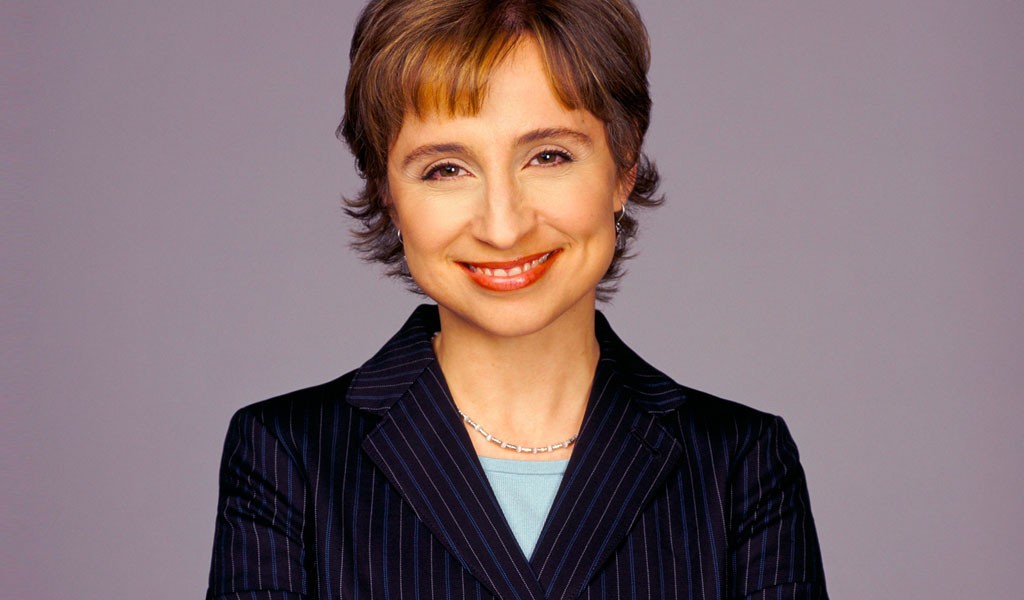 I would imagine that Mexican President Enrique Peña Nieto’s worst fear is that Carmen Aristegui is keeping an eye on him and his Cabinet.

On any given day, the Mexican journalist is likely to unveil another scandal, another injustice or another act of corruption connected to officials in the administration. And we can count on Aristegui to tell the truth.

In Mexico many “journalists” tend to act as mouthpieces for Peña Nieto’s government. They don’t dare to question the actions of officials; in fact, they maintain personal relationships with them, dining with them and attending their parties. For many people working in the Mexican media, being close to power has its perks.

But Aristegui doesn’t want to be close to power. She wants to confront it.

Her team at Aristegui Noticias revealed late last year that the president’s wife, Angelica Rivera, financed a luxury home in 2012 worth $7 million (dubbed Mexico’s “White House”) in the exclusive Mexico City neighborhood of Las Lomas. She bought the home from a subsidiary of Grupo Higa, a company that has been awarded millions in government contracts.

Rivera and Peña Nieto have denied that any wrongdoing occurred in this deal, and it’s difficult to know if any impropriety occurred. However, the conflict of interest is painfully clear. In some nations, the fact that the first lady did personal business with a government contractor would cost the president his job. But not in Mexico. Peña Nieto got keep his job, while Aristegui and her fellow journalists lost theirs.

A few months after she reported the story about Rivera’s home, the radio network MVS fired Aristegui and her investigative team. The network said she was fired for violating an unrelated company policy, which she denies. Aristegui’s show was popular and profitable, and it was widely respected. Understandably, she now suspects that Peña Nieto’s administration had something to do with her dismissal.

“This clearly looks like a case of censorship,” she told me in a recent interview. “Clearly, everything that has happened in this sad episode . has all been a sudden, brutal interruption of our journalistic efforts.” She added that she has no concrete evidence that the administration was involved in her dismissal, but Peña Nieto benefits greatly from having her off the airwaves. “You have to wonder which hand is rocking the cradle,” Aristegui told me.

“Of course, I miss being on the air,” she said. “It’s part of my life.” I asked if she ever considered leaving journalism and going into politics. She said no. “I want to be a journalist.”

Since 2000, more than 80 journalists have been killed in Mexico, mostly at the hands of violent drug cartels, making it one of the most dangerous countries in the world to be a reporter. I asked Aristegui if she feared for her own life for reporting the news. “I have to admit that I don’t think about it,” she said. “Fear of being killed freezes anyone.”

Then she explained why she does what she does. “A journalist’s job is to critically observe the phenomenon of power. And, usually, what you end up observing are the failures, the corruption, the weaknesses, the chicaneries.”

Let’s talk about some of those chicaneries.

Besides the scandal surrounding the “White House,” The Wall Street Journal reported earlier this year that shortly after he took office as governor of the state of Mexico in 2005, Peña Nieto bought a home in Ixtapan de la Sal from the San Roman corporation, which, like Grupo Higa, has also won public contracts worth millions of dollars since. While Peña Nieto’s ownership of the home was publicly disclosed, the seller was not, until this year.

Given the fact that more conflicts of interest have surfaced, I asked Aristegui whether Peña Nieto should resign. “In Mexico there is no legal procedure (for a recall election),” she said. “What does exist is the pulse of the public through opinion polls.”

And, according to polls, more than half of the Mexican electorate has a negative opinion of Peña Nieto’s administration. Many voters, in fact, are exploring ways to express that disapproval in the country’s upcoming legislative elections.

Meanwhile, Aristegui and her team filed a legal complaint against MVS, and they want the network to rehire them. The decision is now in the hands of a judge.

I asked her what she has learned from all this. “I’ve learned a lot of things,” she said.“Maybe even a little law . but that’s the struggle. Nobody should doubt that our intentions are to keep an authoritarian coup from being completed.”

And there is no doubt that the voice of Carmen Aristegui makes the president tremble.