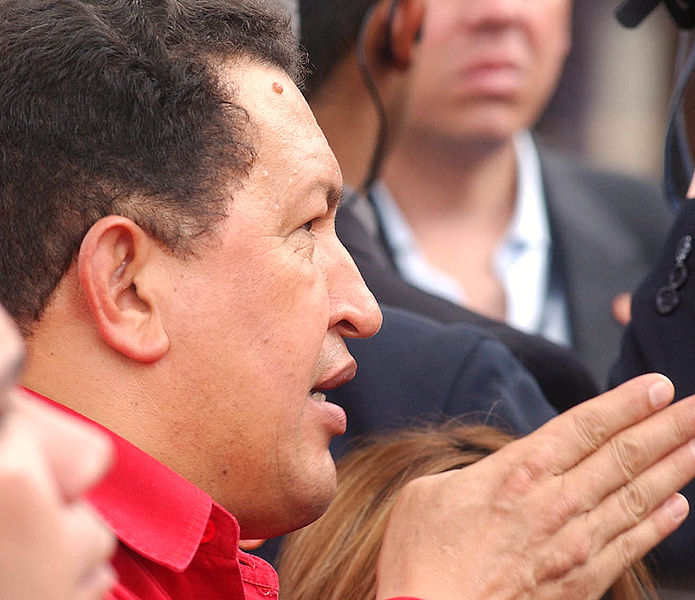 Venezuelan President Hugo Chavez may be many things. But he is certainly not a good administrator.

And yes, after more than 10 years at bat, Chavez has run out of home runs. His 21st century socialism has resulted in a complete fiasco that can be measured by the devalued currency, the 50 murders each weekend in the nation’s capital, the increase in nights without lights and in what is now known as the three-minute shower.

Chavez describes this new technique of bathing without wasting water: “Three minutes of water is my limit, and still I don’t stink.”

How can a country that possesses one of the world’s biggest oil reserves find itself in such a crisis and not be able to provide its citizens with the most basic public services? Where did all that money go?

Four years ago, Mexican writer Carlos Fuentes saw what was coming in Venezuela with Chavez’s spendthrift government. In a February 2006 interview in London with Britain’s BBC TV network, Fuentes said: “The Chavez phenomenon seems like a comic opera. I think this gentleman will soon disappear because he has no substance. He will squander the oil money and then disappear.”

Fuentes, who has also called Chavez a South American “continental clown” and a “tropical Mussolini,” was right. Chavez has spent thousand of millions of his oil revenue dollars as Venezuelans watch their quality of life disappear. What is not very clear is whether Chavez will also disappear any time soon. He is holding on to power more tightly than ever.

Chavez controls the Assembly, the Supreme Court, the army, the National Electoral Council and almost all news media. He appears to be incapable of self-criticism. And anyone who dares to question his government or the direction of the country, does so at his peril, knowing his professional days are counted. This was abundantly clear in the most recent Cabinet “resignations.”

The government has become a mere machine whose task is to promote the Chavez personality cult and censure any dissent. Chavez was furious when six international cable channels failed to transmit his last speeches, so he closed them down (including Radio Caracas Television Internacional). The United States, France and Chile emitted public condemnations of this, but they had no effect.

Chavez has roundly abused the networks, making them transmit more than 2,000 of his speeches nationwide since he took office in February 1999. And just last year, he forced them to transmit 141 speeches. Can you imagine Obama trying this in the United States?

“President Chavez is continuing to advance in his strategy against media criticism,” said the executive director of the Americas division of the international Human Rights Watch, Jose Miguel Vivanco, in a recent interview. “Those who criticize him are subjected to constant harassment. The strategy is to close in on them and treat them like enemies of the country.”

For the first time, Chavez is losing the support of those who helped him win the presidency.

The world economic crisis, in spite of Chavez’s bluster, has dealt a severe blow to Venezuela. It does not have as much money to give to Bolivarian Alliance nations and to hand out to Venezuelan voters.

And now that there is no money for him to squander, Chavez has turned out to be a very bad administrator and a poor leader. As simple as that. That’s why he is shutting down the few news media that still make efforts to tell the truth about him and describe Venezuela’s disappearing freedom and hope.

You cannot create prosperity with slogans. The crises in Venezuela have stripped off the emperor’s clothes. The students, who have never been impressed by Chavez’s authoritarianism, say it better that anyone: “Chavez, you’re out!

The tragedy for Venezuela is that, even after three strikes, Chavez is still batting and clobbering the opposition.