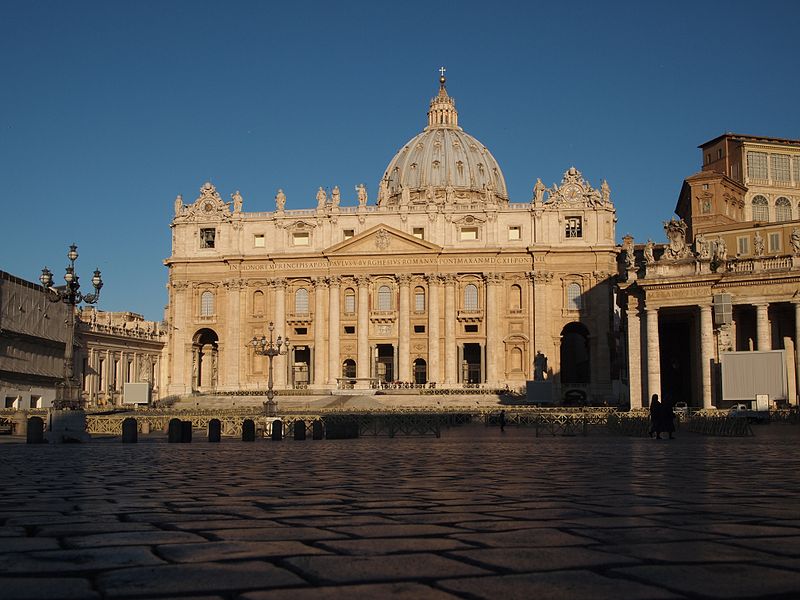 I’ll begin by stating the obvious, and I do hope that officials at the Vatican read this. Anyone who protects a criminal who has sexually abused a child or is involved in child pornography should himself be arrested, put on trial and imprisoned. And it does not matter whether that person is a priest.

That is precisely the argument that prosecutors in Missouri are making. In October Jean Peters Baker, the Jackson County prosecutor, announced a grand jury indictment of Bishop Robert Finn and the Catholic Diocese of Kansas City-St. Joseph. The indictment alleges that Finn and diocese officials covered up the activities of a priest, Shawn Ratigan, who is accused of taking pornographic photos of several young girls.

According to a New York Times article published on Oct. 15, a technician found several lewd photos on Ratigan’s computer and informed the diocese in December 2010. But the diocese, headed by Finn, waited until May of this year before reporting this to the police. For almost half a year, Ratigan took part in children’s parties and other parish events, and administered First Holy Communion on one occasion. He allegedly took lewd photos of another girl. According to the article, evidence against Ratigan includes “hundreds of photographs of children on Father Ratigan’s laptop, including a child’s naked vagina, upskirt images and images focused on the crotch.”

This situation makes one wonder just how often church leaders cover up for Catholic priests. Exactly how many have ignored accusations against the thousands of priests who have been charged with sexually abusing children? It’s hard to know.

This is the first time an American bishop has been charged with covering up suspected abuse, and in fact, only one other bishop, working in France, has been accused of a similar crime, according to an investigation conducted by The New York Times.

Let’s forget about Kansas City for a moment and look toward the Vatican itself, which has a well-documented culture of protecting priests. Take the Catholic Church’s haste to sanctify Pope John Paul II. Officials should wait until the completion of an investigation into what the late pontiff knew about crimes committed by Rev. Marcial Maciel, a Mexican priest and founder of the Legion of Christ who sexually abused many children. The church acknowledged in 2010 that Maciel, who died in 2008, molested several seminarians over the course of several decades. The friendship between Maciel and John Paul II makes it likely that the pope was aware of the multiple charges leveled against the priest for so many years.

So did John Paul II protect Maciel? Until this question is answered, the church must stop pushing for his canonization.

Pope Benedict XVI has a lot to explain as well. As head of the Congregation of the Doctrine of the Faith from 1981 to 2005, he was in charge of investigations of sexual abuse allegations brought against Catholic priests. Marcial Maciel’s case was his responsibility, yet nothing was done. Did he cover up for Maciel as well?

Interestingly, when the current pontiff was known as Archbishop Joseph Ratzinger of Munich and Freising, he received (as did others) a memorandum in 1980 informing him that Peter Hullermann, a priest, was being sent to Munich to undergo therapy to overcome pedophilia — and was to resume parish duties almost immediately. Hullermann was eventually transferred to another parish and allowed to work with children. In 1986 he was convicted of sexually abusing several boys.

The Vatican’s spokesman, Federico Lombardi, insists that the current pope “had no knowledge” of Hullermann’s transfer to another parish. Even if that is true, Ratzinger helped to lead an institution that was clearly focused on protecting criminal priests rather than their victims, who were usually children.

The new charges against the diocese in Kansas City, however, offer some evidence that attitudes are changing. Even if diocese officials did wait, Ratigan was eventually delivered to police. That hasn’t been true in thousands of similar cases across the country. Also, the church will finally be forced to explain the behavior of its officials in a court of law — and that’s new. If Finn, the bishop, is found guilty, he will face a $1,000 fine and up to a year in prison. The diocese will face a fine of up to $5,000.

The penalty, which is quite light, is not the point. What matters is that, finally, we are starting to insist that a priest’s cassock does not automatically provide him with special protection from prosecution.