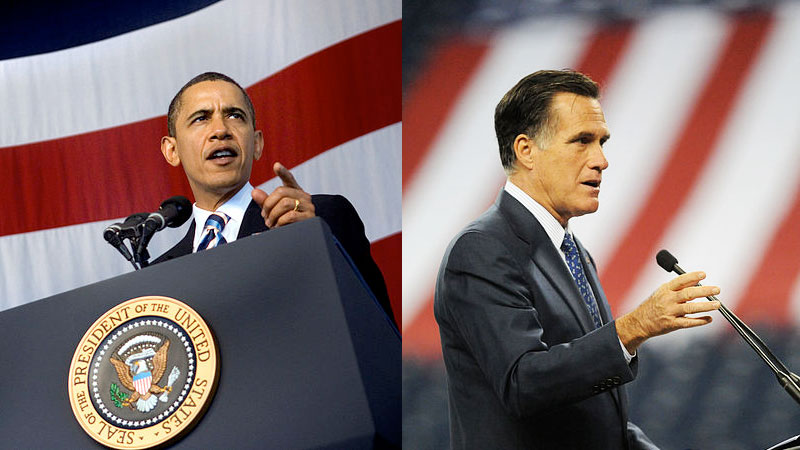 The fate of 11 million undocumented immigrants living in the United States will rest in the hands of whoever is elected president on Nov. 6.

While polls indicate that issues regarding the economy, education and access to health care are more important to Hispanic voters than immigration, it is immigration that connects our community emotionally. Both President Barack Obama and his Republican challenger Mitt Romney understand that the Hispanic vote will be crucial on Election Day, and they also know that their stances on immigration will weigh heavily as Hispanic voters decide which candidate to support.

The two candidates see eye to eye on a handful of domestic issues, but their views diverge greatly when it comes to the plight of the undocumented. With Election Day fast approaching, I thought it would be beneficial to clarify the distinctions between the candidates’ views on immigration.

In September, I co-hosted an interview with each candidate for Univision. They were both asked to detail where they stood on immigration, how they would resolve the need for reform and how their opinions differed from their opponent’s. Each spoke about his views on Arizona’s controversial immigration law — part of which allows authorities to verify the immigration status of anyone they stop — and about the Dream Act, proposed legislation that would create a path toward citizenship for nearly 2 million young undocumented immigrants who were brought to the U.S. by their parents.

Here is what the candidates said.

Obama: “The candidate sitting here with you today is committed to comprehensive immigration reform, is committed to the Dream Act, has taken administrative action to prevent young people from being deported. And that stands in contrast with the other candidate, who has said he would veto the Dream Act, he is uncertain about what his plan for immigration reform would be, and who considers the Arizona law a model for the nation — and has suggested that the main solution for immigration is self-deportation.”

Romney: “I think one of the reasons candidate Obama got so much support from the Hispanic community in the last election is that he said in his first year, among his highest priorities would be to fix the immigration system. But he never even filed a bill.” With regard to Arizona’s law, Romney said, “The reason there is an Arizona law is because the federal government, and specifically President Obama, didn’t solve the immigration problem when he came into office, and so states are doing their best to try and solve it state by state.”

Each candidate believes that he has a solution. In his interview, Obama commented, “I have never wavered in my support of comprehensive immigration reform.” He also said that he would continue to back policies like the Dream Act that provide a path toward citizenship. Romney, for his part, criticized Obama’s policies as being short-term fixes and said that his vision is “to put in place a permanent solution.”

The main difference between the candidates’ goals for immigration reform is that Obama’s proposals include an opportunity for the undocumented to attain American citizenship, while Romney has not specified what his “permanent solution” would entail — only that it would have to be negotiated by both parties. Further, in the second presidential debate, Romney said that he was against “amnesty” for undocumented immigrants. Romney has also said that he supports the Dream Act only for individuals who would serve in the armed forces.

Both candidates have obstacles to overcome in order to win the Hispanic vote. Obama broke a 2008 campaign promise to present an immigration-reform plan to Congress within his first year in office, and he has deported more than 1.5 million undocumented immigrants since being sworn in. Romney supports the notion of “self-deportation” — the idea that, by making the lives of the undocumented intolerable, they will leave voluntarily. And he has said that portions of the Arizona law — primarily the section that allows employers to check the legal status of potential workers — could be a model for the rest of the nation.

Of course, neither Obama nor Romney alone can change the nation’s immigration system. As president, either candidate will need the support of the other party: no small feat in Washington’s highly partisan atmosphere.

Hopefully the American people will make the right choice on behalf of the millions of undocumented immigrants who continue to live in the shadows — and who won’t be allowed to cast their own votes on Election Day.