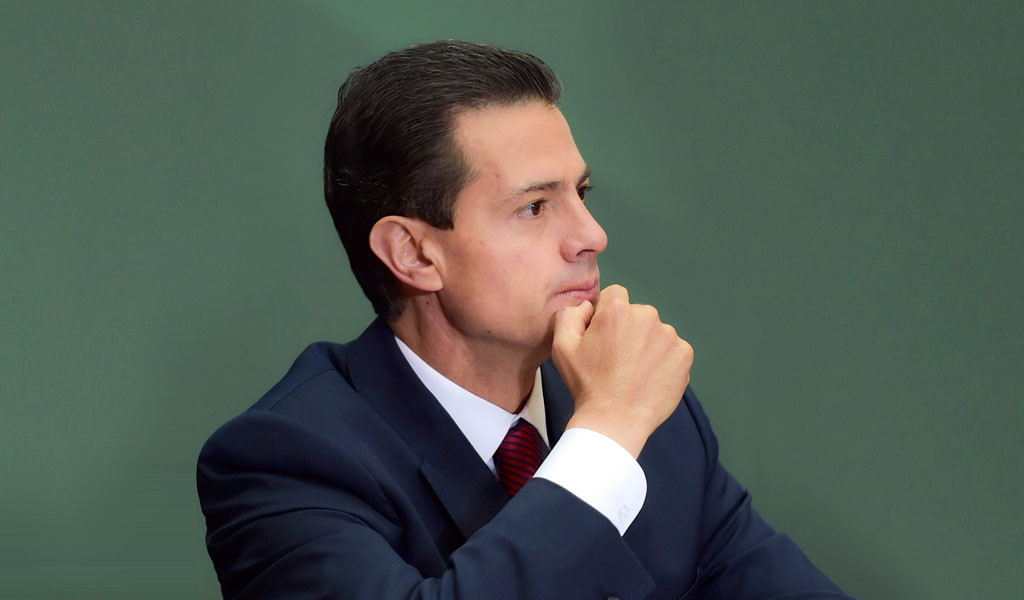 The notorious drug lord Joaquin “El Chapo” Guzman may be locked up (again), but it would be naive to assume that his recapture will significantly improve the well-being of more than 120 million Mexicans.

After El Chapo was caught, Mexican President Enrique Peña Nieto also announced that 98 of Mexico’s 122 most-wanted drug leaders had also been captured. Proportionally, then, about 80% of the country should be free of drug-related violence — but that’s not the case. Mexico’s most-wanted list is missing more than a few names.

I don’t want to rain on the government’s post-arrest parade (even though the announcement about the capture was made with great ostentation and with no questions from the press). But as El Chapo said himself in his controversial Rolling Stone interview with Sean Penn: “The day I don’t exist, [drug trafficking is] not going to decrease in any way at all.”

Mission accomplished? Not quite. El Chapo may be behind bars, but everything else in Mexico remains unchanged — or perhaps worse. The fact is that Peña Nieto’s tenure might turn out to be even deadlier than that of his predecessor, Felipe Calderón. During Pena Nieto’s first three years in office, 52,724 Mexicans were killed in violent crimes. That’s more than half as many as took place throughout Calderón’s six-year term (the official figures can be seen here: bit.ly/1KTkyif).

Mission accomplished? A good historian might have advised Peña Nieto against repeating the phrase that caused President George W. Bush so much grief after the fateful U.S. invasion of Iraq almost 13 years ago. The term “mission accomplished” should be reserved for use in Tom Cruise’s “Mission Impossible” movies — and nowhere else.

Since Peña Nieto took office, 4,259 Mexicans have been kidnapped, according to government data. The Mexican peso continues its free fall (the only Mexicans who benefit are those who receive dollars from relatives in the U.S.). And sure, the Peña Nieto administration found El Chapo twice, but there’s still no word on the 43 college students from Ayotzinapa who disappeared over 16 months ago.

The Mexican government is simply using the capture of El Chapo in an attempt to improve its public image.

Officials seem to have even leaked information on how they tracked him down by using phone messages he left for a Mexican actress. And since the government’s new policy is to leak secret information to the press, why don’t officials leak the contracts related to the multimillion dollar mansion that Peña Nieto and his wife acquired? Why don’t they leak information about the accounts of Humberto Moreira, the former head of Mexico’s Institutional Revolutionary Party, who was arrested earlier this month in Spain on suspicion of money laundering, then later released? Why don’t they leak the names of the officials who allegedly helped El Chapo escape last year?

The answer: because none of this is in the script. Mexico’s latest telenovela might divert the attention of the country for a while, but locking up Public Enemy No. 1 won’t be enough to salvage Peña Nieto’s presidency, or make his job easier.

The death of Osama bin Laden didn’t make it any easier for Obama to govern. The political good will lasted for about two months before everything reverted to business as usual. The same will be true for Peña Nieto.

Of course, the capture of El Chapo, the world’s biggest drug trafficker, is a major accomplishment. But it’s sad that Peña Nieto might consider that to be his greatest triumph.

After this telenovela is over, Mexico will be distracted by Pope Francis’ visit in February, another huge diversion. But a seasonof disappointment — and maybe outrage — looms over the country.

P.S.I recently watched “The Revenant” — a wonderful and truly Oscar-worthy film. Director Alejandro Gonzalez Iñarritu and his cinematographer, Emmanuel “El Chivo” Lubeski, are proving that Mexicans can indeed compete in anywhere in the world … and win. Iñarritu and Lubeski remind us that Mexico is so much more than its troubled government.