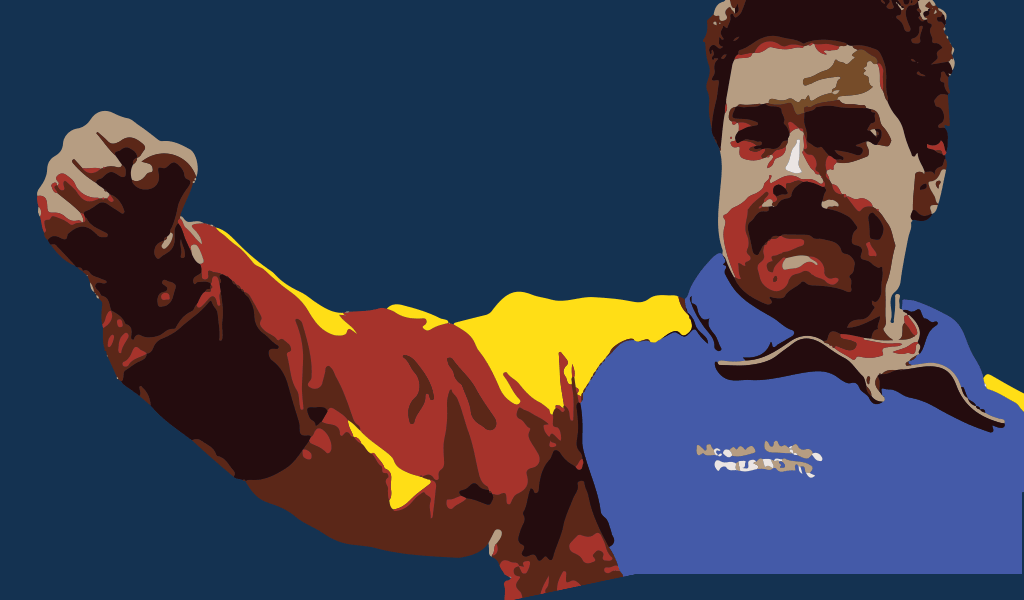 You can’t force a fish to walk, just like you can’t force Venezuelan President Nicolas Maduro to accept the recall referendum now underway to remove him from office.

No matter how bad things are getting, and no matter how many people take to the streets and demand his ouster, Maduro adhering to a democratic process is just not in his nature.

Still, politicians are trying. “The challenge we’re facing in Venezuela is defeating, in a democratic way, a government that is not democratic,” Henrique Capriles, the governor of the state of Miranda and a leader of the Venezuelan opposition, told me in a recent interview. “Maduro will do anything possible to avoid a recall vote. And we Venezuelans will do anything to impose it … I have more faith in the people’s voice than in Maduro’s.”

Of course, the main problem with the recall referendum is that Maduro’s administration, like Hugo Chávez’s before him, controls almost everything in Venezuela — from the military to the agency that counts the votes in elections. And Maduro isn’t about to loosen his grip on power.

For the recall referendum to be set in motion, the law requires that 195,000 Venezuelans, or 1% of the voting-age population, sign a petition. Already more than 2 million people have signed. But Venezuela’s National Electoral Council hasn’t even counted those signatures yet. Despite massive demonstrations, election officials are simply dragging their feet. And recently Maduro declared a state of emergency in the nation to deal with economic woes. But that’s just a smoke screen.

Maduro is trying to thwart a process that’s clearly established in Venezuela’s Constitution. In 2004, Chávez himself submitted to a recall referendum — and won. But Maduro isn’t Chávez, and the “Chavistas” are no longer a powerful majority. (The opposition won control of the National Assembly in the last round of parliamentary elections). So Maduro now plans to try to cling to power by ignoring the law and maintaining that a U.S.-led international plot is trying to overthrow his government.

Meanwhile, Maduro’s supporters are making absurd demands of the recall petition. “We will check signature by signature,” Diosdado Cabello, leader of the most radical Chavista wing, said at a news conference. “Each and every person will have to certify that these are really their signatures.”

Imagine the craziness: Cabello wants all the petition signers to go to a government office to locate and verify their signatures. Apart from being physically impossible, that would put the signers at risk of retaliation.

Venezuela seems to be on the brink of collapse. Inflation is skyrocketing, and lines to buy food are longer every day. A shortage of medicine and medical supplies is devastating the hospitals. The crime rate is rising, while oil prices plummet. And the Maduro government, mired in its ideology, seems incapable of responding effectively.

Capriles, however, thinks that the crisis can be resolved without bloodshed. “If we want a lasting change, it cannot be a product of violence,” he told me.

“The situation in Venezuela is worse than in 1989, when there was social unrest known as the ‘Caracazo,’” Capriles said. “Venezuela has all the necessary conditions for a social explosion. That’s why we called for a recall vote — so we can have a political solution and not a social explosion.” (Watch my interview with Capriles here:)

The question, though, is this: Can a nondemocratic regime suddenly become democratic, only to commit political suicide? That’s quite unlikely. Dictators never go away quietly.

Luis Almagro, secretary-general of the Organization of American States, recently wrote a letter to Maduro, saying that if he (Maduro) prevents the recall referendum from going forward, he will be “just another dictator, like so many the region has had.”

Unfortunately, just as you can’t force a fish to walk, you can’t turn a dictator into a democratic leader. It’s not in his nature.