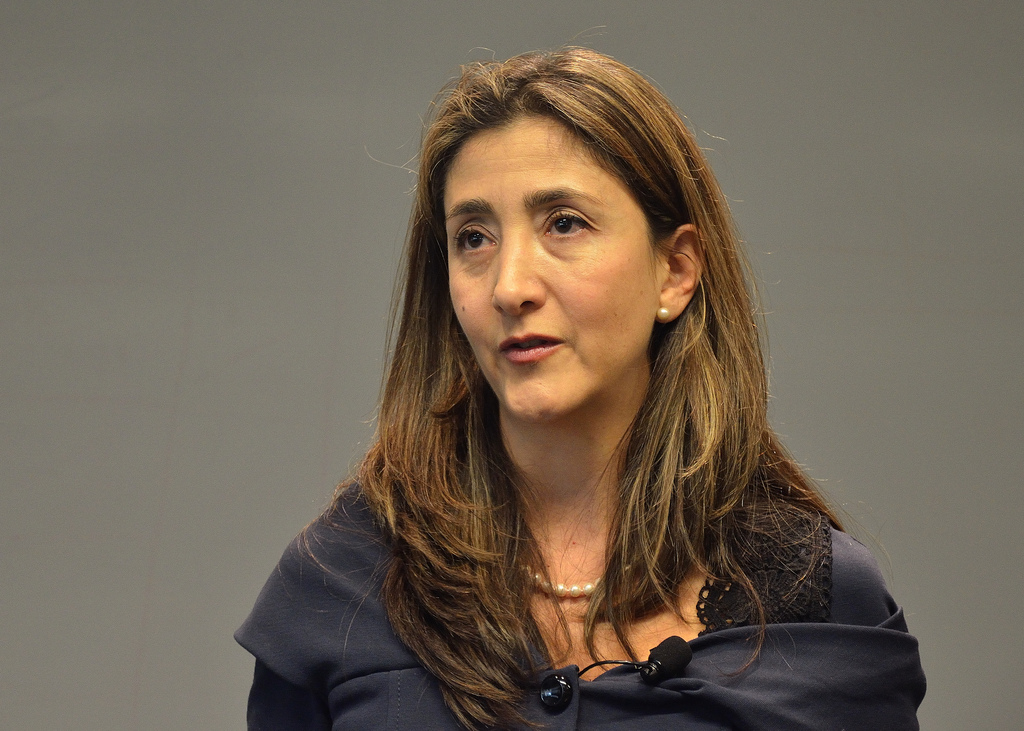 In her latest book, “Even Silence Has an End: My Six Years of Captivity in
the Colombian Jungle,” the former presidential candidate recounts her time as a
prisoner of the Revolutionary Armed Forces of Colombia, the guerrillas better
known as FARC.

Written in French, it is a fascinating and terrifying account from an
extraordinary and controversial woman who, above all, never lost sight of who
she was: a survivor — of the jungle, of violence, of politics, of the darkest
of forces.

And while Betancourt’s book is a cry of indignation against her kidnappers,
it is also an exclamation of her freedom.

“Why write about the worst years of your life?” I asked her in a recent
interview. “Why not try to forget?”

Betancourt was abducted on Feb. 27, 2002. At the time she was a presidential
candidate for Colombia’s Oxigeno Verde Party and was making a campaign stop in
San Vicente del Caguan, a rebel stronghold for leftist guerrillas in the
southern part of the nation. The administration of then-President Andres
Pastrana warned Betancourt that it was too dangerous to travel there and
withdrew her security detail a few hours before the campaign stop in an effort
to discourage her. But Betancourt decided to continue. Gunmen soon stopped her
car and took her and others prisoner.

While in captivity, Betancourt tried to escape every chance she got. After
the third attempt she was brutally beaten by three guerrillas. In her book she
describes what happened after: “I convulsed as though I was stuck in a train
traveling at great speed,” she wrote. “My body and heart remained frozen for the
brief lapse of an eternity.” Following the beating, the guerrillas chained her
by the neck and dragged her back to the FARC camp from where she had escaped.

But she was undeterred. “For me, escaping was really an obsession,”
Betancourt said.

This put her at odds with her campaign chief, Clara Rojas, who had also been
imprisoned and shared a cage with Betancourt. “Regarding our abduction, we had
two different attitudes. She wanted to adapt and wait to be freed without
risking her life,” Betancourt said. “For me, it was different. For me, nothing
was more important than freedom, than going back to my children, my mother.”

Betancourt was freed after a military operation on July 2, 2008, along with
14 other prisoners. More than a year later, she was back in the spotlight for
demanding, through her attorneys, $6 million from the Colombian government for
damages she suffered in captivity.

“Look, I think the FARC was to blame for my abduction,” she said. “But I
can’t accept being accused of being responsible for it … I was in a
presidential campaign, and they removed my escorts … Why was I deprived of my
guards, and why did they let me go on in a government car?”

Francisco Santos, Colombia’s former vice president who was himself kidnapped
in 1990 by drug traffickers and held for eight months, publicly derided
Betancourt’s demand for payment as “ingratitude” toward the government that
freed her. A Gallup/Invamer survey then revealed that 80 percent of the
Colombians has an unfavorable image of Betancourt, which, she says, deeply
affected her.

In our interview, she maintained that her request for compensation — which
she later withdrew — was never meant as a slight against the army or the
soldiers who liberated her.

Nevertheless, the widespread criticism against her in Colombia was unfounded
and unfair, she said. “The information was distorted.”

Juan Carlos Lecompte, Betancourt’s estranged husband, is hardly mentioned in
her book. Many people were surprised by the lukewarm public embrace the couple
shared when they saw each other for the first time in six-and-a-half-years
following her release.

“I was very surprised to see him on the landing strip .5hellip.75 right
behind my mother,” Betancourt said. “And when I embraced him I expected, well, a
few affectionate words, but the only thing he said was `Can I still stay in your
apartment?”‘

Betancourt resents his not sending her messages through radio broadcasts —
which she was allowed to hear while a prisoner deep in the jungle — the way her
mother frequently did.

“Juan Carlos is absent in the book because he was absent during all the
period of my captivity,” she said.

But will Betancourt, who now divides her time between Paris and New York,
return to Colombia and to politics? Given the enduring public criticism against
her — what she describes as “hatred” — it is unlikely.

“The politics I see in my country do not appeal to me,” she said. “I don’t
want to be in that environment.”

Her priorities nowadays are clearly different.

“I go between my son, who lives in Paris, and my daughter, Melanie, who lives
in New York,” she said. “I don’t have what I would call a `home.’ That is my
next project.”