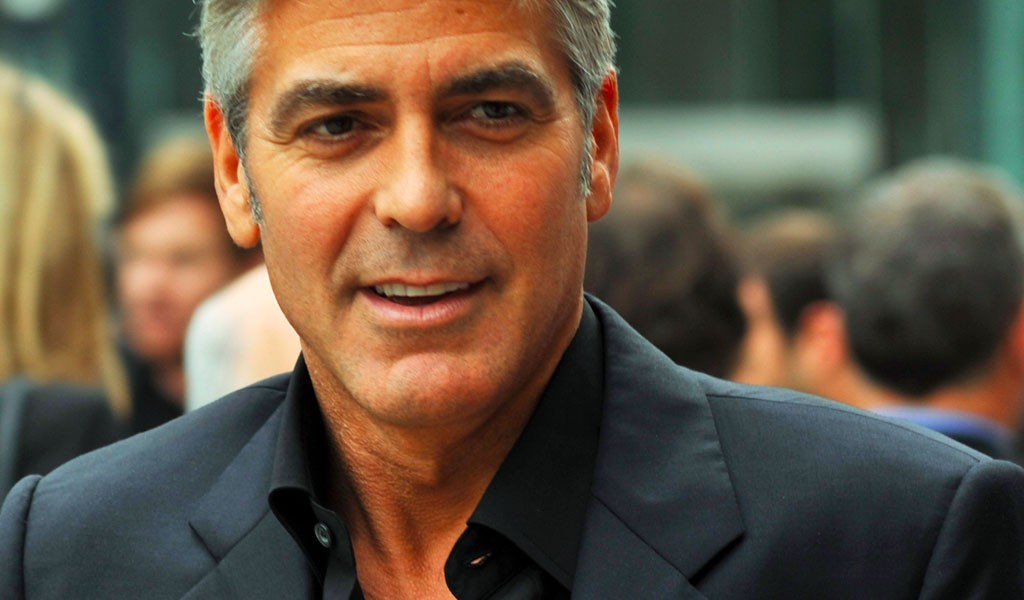 BEVERLY HILLS, California – It’s no surprise that when people spot George Clooney, one of the most famous men on earth, they immediately approach him.

But rather than trying to meet him by saying “hi” or shaking his hand, people often just take out their phones and start recording him.

He thinks that this is an unfortunate reality these days, he told me in a recent interview. He recounted a story about a fundraiser that he attended with President Obama, during which the two men were constantly surrounded by people taking pictures and video. “You can say that you recorded the president of the United States, but you can’t say you met him,” Clooney told me. “Listen, I’m not complaining. It’s what the world has become. But I’m just saying that I think it’s regrettable in the sense of what we are losing.”

I have interviewed dozens of presidents and world leaders, but Clooney, one of the world’s most photographed people, is in a class all his own. However, the actor had a cool demeanor, and was kind and laid-back as he joked around with our crew. (I find that this is usually the case with people who have nothing to prove.) When we spoke, he was busy promoting his new movie, “Tomorrowland,” and had exactly 12 minutes for me. But Clooney didn’t seem to be in a hurry. We chatted easily about his career and his celebrity status, which he attributes to luck.

“I’d been working for 15 years, and then ‘ER’ came around,” he said. “And ‘ER’ [in which Clooney played a doctor], were it picked up for Friday night instead of Thursday night, we wouldn’t have been the hit we were. It’s that kind of luck .. If not for ‘ER’, then I wouldn’t have had the kind of career I’ve had.”

It’s this kind of reasoning that makes Clooney a rarity among the Hollywood elite: He says he’s just lucky to have had so much success. But no matter where his popularity came from, Clooney – a producer, director, Oscar winner and the star of some 20 movies such as “Gravity” and “The Perfect Storm” – knows how to use it for good. For instance, he has worked for years to call the world’s attention to the genocide in the Darfur region of Sudan.

Also, he has never apologized for openly supporting the presidential candidacies of Obama and, now, Hillary Clinton. I reminded him that in 2008 he had been quoted as saying that Clinton was one of the most divisive figures in American politics. “She was a polarizing figure in American politics because, at the time, I felt that there were as many people that would show up to vote against her,” Clooney said. “I find that now, I think she’s ready to be president. I think she could have been a wonderful president before.”

Clooney also told me that he doesn’t like to argue, much less in public. And he almost never reacts to bad press, although he made an exception last year when a British publication made a claim about his then-fiancée (and now wife) Amal Alamuddin. He responded with a strong op-ed in USA Today.

“They were trying to foment religious hatred by saying that my wife is Druze,” he told me, “which she is not .. And that because she was marrying outside her faith that the Druze were willing to execute the bride, to kill my wife, kill my fiancée at the time. Well, first of all, it’s not true, that’s not what goes on. But secondly, it’s a dangerous thing in the world we live in right now, and the world my wife and I live in.”

This kind of confrontation rarely occurs in Clooney’s world. Actually, he thinks it’s better when famous people are not in the public eye 24/7, which is why he doesn’t use Twitter, Facebook or Instagram. “If you’re going to ask people to pay money to come see you in a movie, they don’t need to know your every thought all the time,” Clooney told me. “I think there has to be some element of mystery.”

That element of mystery is probably what makes people dash out and film him rather than a start a conversation with him. It is, no doubt, one of the pitfalls of fame when you’re George Clooney.