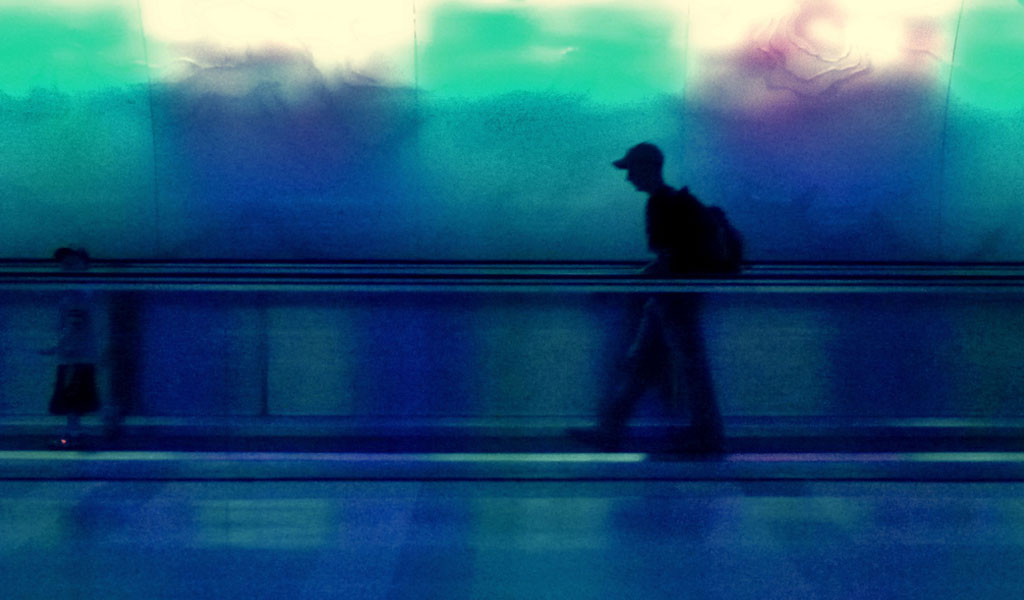 We’re stuck. It’s almost midnight, and Mexico City’s airport doesn’t have enough gates to accommodate all the flights that are landing.

So we wait: a half-hour in an airliner at a standstill, then another half-hour in a small bus, then an hour in line at customs. By daybreak, there is a chill in the air. But it doesn’t matter. I’m finally home, for a little while — to see my mother, my siblings and the city I left almost 33 years ago.

Those of us who can go home to Mexico from the U.S. do so at least once a year, preferably around Christmastime or for New Year’s. This year in particular, world events have made all of us more conscious of just where home is.

Whenever I visit Mexico City, familiar flavors and aromas are the first things that spark my nostalgia. I binge on tacos, Mexican-style eggs, shrimp broth, Churrumais snacks, Marias cookies with La Abuelita butter, glasses of cold milk mixed with Pancho Pantera’s Chocomilk powder. These were all my favorites growing up. Today, they are comfort foods for those of us who return to visit — and they always bring back a Mexico that only exists in my memory.

The conversations with my family are full of reminiscences — “what happened to what’s-his-name,” and so on. Our talk eventually turns to who might now be living in “our house.”

One of my brothers pulls up a photo on his phone. It’s of our old house in Bosques de Echegaray, in the State of Mexico, where we grew up. Our parents sold the house many years ago, and it’s now painted yellow. I notice that the old tree at the entrance has been removed. It’s still our house; the one that my soul — whatever that is — acknowledges as my home.

Now my life is anchored in Miami, my second home — a generous, multicultural city that is mostly populated by people who were born elsewhere. As a good friend often points out, Hispanics in Miami are treated as first-class citizens. He’s right. Nobody is an “alien” in Miami.

But many Mexicans, documented or not, who are living in other parts of the U.S. — in Chicago, in Houston, in Los Angeles, in New York — are simply exhausted. They scrape by for years, doing jobs that Americans won’t, yet they remain far from achieving the American dream — a nice house, a decent job, good schools for their children and the promise that things will be better tomorrow.

Meanwhile, Donald Trump, who is running for the Republican nomination for president, seems intent on making the lives of all immigrants miserable, and his messages of hatred and fear have only increased his popularity. And his anti-immigrant rhetoric is repeated constantly on social media.

For the first time since the “Operation Wetback” program of 1954, more Mexicans are leaving the U.S. than entering. According to research from Pew, from 2009 to 2014, 1 million Mexicans returned to Mexico, while 870,000 came to the U.S. This means that there are about 130,000 fewer Mexicans living here than there were a few years ago.

Yet Trump likes to talk about a Mexican invasion, even though he is very mistaken. Of course, it won’t matter to him — Trump will continue to use fear as a strategy to win votes.

Many immigrants are returning to Mexico for good, despite the drug-related violence and public corruption that plague the nation, and the failure of leadership from a president who prefers to hide from his problems. The lack of economic opportunities in the United States, coupled with an anti-immigrant sentiment is becoming too much to bear.

At the end of my recent visit to Mexico, I boarded another plane and again felt torn. Yes, I was leaving loved ones behind in Mexico, but others were waiting for me in Miami. Home for me is not one but several places. That’s what it means to be an immigrant.

The celebrated author Isabel Allende once pointed out to me that immigrants don’t have to pick between one country or another.

They can belong to both.