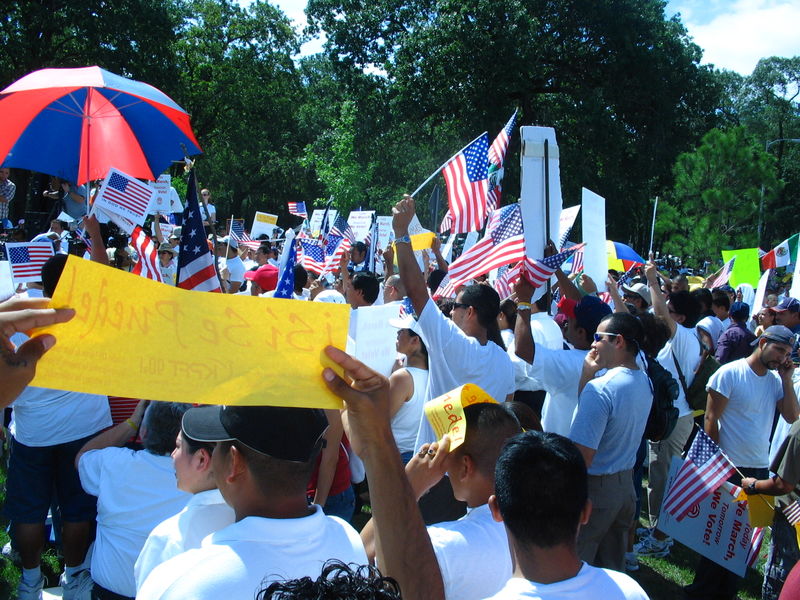 Hillary Clinton was right about immigration reform when she was campaigning for the Democratic Party’s nomination for president in 2008. An immigration bill had to be passed within the first 100 days of the new government, she said then. If it’s not, then the proposed legislation would simply die in Congress.

But Clinton lost the nomination, Barack Obama won the presidency and the legalization of undocumented immigrants was not the first, second or third priority of his administration. First he had to resolve America’s massive financial crisis — the worst since 1929 — then fix the health care system, then work on a new climate and energy bill, and then lastly, fight for legalizing undocumented immigrants.

Obama’s promise of having an immigration reform proposal ready in his first year of government never came to fruit.

In the meantime, people around the nation are mad.

“Our community is angry; our members feel betrayed,” said Brent A. Wilkes, national executive director for the League of United Latin American Citizens (LULAC), to the daily newspaper The Washington Post.

“No legalization, no re-election,” warned Emma Lozano, of the Centro Sin Fronteras, to several media sources.

And Frank Sharry, founder and executive director of America’s Voice, told the daily newspaper USA Today: “What’s missing is a clear commitment from the president to use his political capital to advance reform this year as promised.”

The anger goes far beyond unfulfilled promises. In the absence of immigration reform deportations continue. In fact, in Obama’s first year as president more deportations were carried out (387,790) than during the last year of his predecessor President George W. Bush’s administration (369,221), according to data from the Department of Homeland Security.

With ever increasing deportations and no legalization of undocumented immigrants in sight, the struggle now seems uphill.

So this Sunday’s (March 21) protest march is very significant. In simply words, Hispanics need to be heard by Obama administration officials: so that the invisible undocumented worker becomes visible; so that promises are not forgotten; and to make it clear that the Latino vote tends to favor candidates and legislators who support the immigrants.

I have no illusions. The chances for immigration reform this year are minimal.

Democrats and Republicans are finding it difficult to reach an agreement on health care; and there is no sign things are going to be any different with the immigration issue. The immigration proposal that Sens. Chuck Schumer, D-N.Y., and Lindsey Graham, R-S.C., are working on, is in the early stages and has yet to attain bipartisan support.

Though Obama has not kept his promise on the immigration issue, people who know him assure me he is still the best ally immigrants and Hispanics have. And, of course, anyone who wants immigration reform would want to have the president on his side. No reform could ever pass without his support.

But since this is such an important issue, Hispanics believe now that it cannot be delegated to anyone else. It is Hispanics and immigrants themselves who must find a way to immigration reform. The protest march will help.

We cannot close the door to those who followed us. With immigrants, this country was built; and immigrants will build its future. Therein lies America’s strength and history.

Thus, there is nothing left but to continue putting on the pressure.

P.S.: Obama could immediately show his commitment to resolving the undocumented immigrant problem by giving Temporary Protected Status (TPS) to Chileans who are in the United States illegally. That would temporarily halt their deportations, permitting them to remain here and work legally. He allowed this for undocumented Haitians after the 7.0 earthquake devastated their country on Jan. 12. It’s the right thing to do for Chileans here, too, after Chile’s 8.8 quake on Feb. 27.