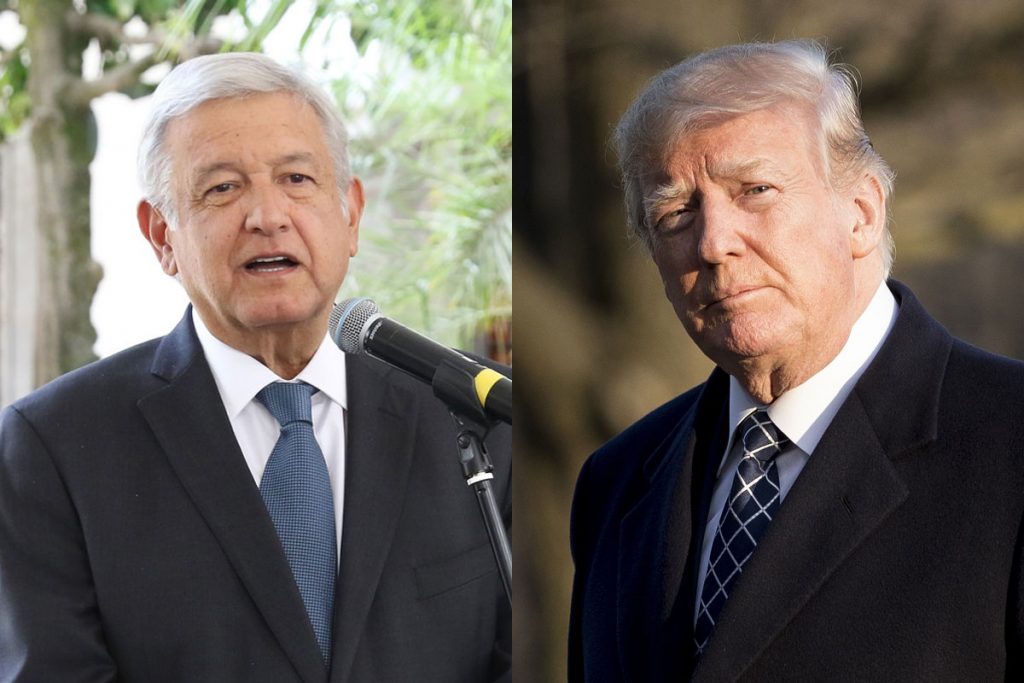 This may seem like a riddle. One, Andrés Manuel López Obrador, is a left-wing Latin American president, while the other, Donald Trump, is the far-right president of the United States.

One won an election in Mexico by advocating the interests of a forgotten majority; the other by fomenting racism against Mexican immigrants. At first glance, it might seem that López Obrador, or AMLO, as he is known, and Trump are nothing alike. The truth, however, is that they do have something in common: a long-term view on immigration.

López Obrador doesn’t want Mexicans to feel like they have no choice but to leave Mexico and go find work in the United States. Trump does not want more undocumented immigrants crossing the border. On this, both presidents agree.

“I have a dream,” said the Mexican president recently at a press conference, borrowing a phrase from Martin Luther King Jr. “I want Mexicans to have jobs. I wish that they would not feel that they have to leave their hometowns. I want them to receive a fair income.” (You can watch the video here: bit.ly/2PTtmxU).

These days more Mexicans are leaving the U.S. than coming here. In 2016 there were 140,000 fewer Mexicans living in the U.S. than in 2009, according to the Pew Research Center.

López Obrador also dreams of a time when the United States will ask for more Mexican workers, a dream that may very well come true. The U.S. population is aging fast and growing slowly. Last year it grew at a rate of only 0.62%, according to the Census Bureau. This means that at some point more immigrants will be needed to do some of the jobs that Americans used to do.

Still, Trump is stubbornly trying to stop every single immigrant from crossing. He has already managed to ban many visitors from some predominantly Muslim countries; he has dramatically reduced the number of people applying for political asylum at the border; and he has declared a war against undocumented immigrants. And though his reasons are completely different from López Obrador’s, Trump also wishes that Mexicans wouldn’t head to the U.S. for work.

Trump and López Obrador also agree on a very controversial issue. Mexico, surprisingly, has agreed to take in Central American migrants as they wait for their political asylum applications to be processed in the U.S. Why Mexico would be willing to do Trump’s bureaucratic work, which adversely affects tens of thousands of people in border cities like Tijuana, is beyond me. Why would AMLO adopt the same submissive attitude toward Trump that characterized his predecessor?

But that is not all. AMLO and Trump seem to have tacitly agreed to avoid any public confrontation regarding the border wall. Lately, Trump hasn’t been insisting that Mexico will pay for it. He has adopted a different approach: cooperation instead of confrontation.

Both countries have announced a new investment plan to create new jobs in southern Mexico, El Salvador, Honduras and Guatemala. The amount to be invested, as well as details about the program — such whether it will rely on financial grants or loans — have yet to be announced. The reasoning behind it, nonetheless, is sound: If a resident of Guatemala or Chiapas can find honest work and earn enough money to provide for his or her family, they won’t even consider migrating north.

The problem is that many years – or even decades – will go by before any results might be seen. In the meantime, violence, gangs, rampant corruption and extreme poverty in countries like Honduras will continue to force thousands of families to make the desperate decision to join caravans headed to the U.S.

Other immigrants have tried to complete the journey to the U.S. on their own, with tragic consequences, such as the unfathomable death of 7-year-old Jakelin Caal. It’s shocking that no emergency medical care was provided as soon as she was detained along with her father. Hundreds of people die every year at that same border and go unnoticed.

AMLO and Trump agree on many things. I can only hope that they will also agree that urgent action is needed to prevent more immigrants from dying at the border, and that those who flee their countries should be treated with dignity.