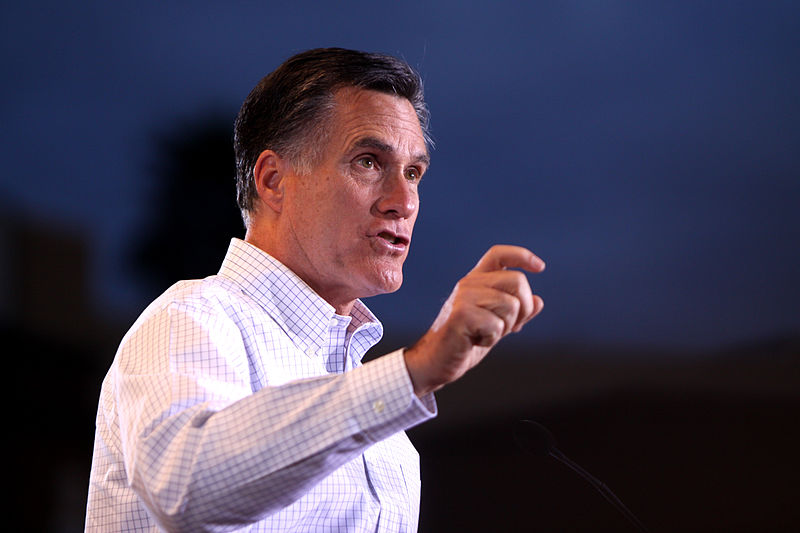 The Republican Party has come up with a great strategy for losing presidential elections. Here it is.

First, insult Hispanics across the country by constantly referring to undocumented residents as “illegal aliens.” Then throw your support behind Arizona’s controversial anti-immigrant legislation _ some of the most racist laws in the United States. Next, announce that your idea of immigration reform relies heavily on the concept of “self-deportation,” where immigrants’ lives are made so intolerable that they leave the United States on their own. Then, to make certain that there is absolutely no way you can win the White House, tell voters that if Congress were to pass the Dream Act _ which would provide a path to citizenship for young undocumented residents brought here by their parents _ you would veto it.

Complete all these steps and you’re guaranteed to lose the Hispanic vote, and with it the presidency.

Yes, this plan will work _ just ask Mitt Romney, whose party watched helplessly on Nov. 6 as Hispanics cast an overwhelming number of votes in support of President Obama’s re-election. According to ABC News, Obama collected 71 percent of the Hispanic vote, while Romney garnered a dismal 27 percent. Compare Romney’s poor showing to President George W. Bush’s in 2004, when he won more than 40 percent, setting a record for Republicans and convincing GOP leaders that promoting their conservative social agenda would be enough to attract Hispanic voters. But they were wrong. In 2008 Republican candidate John McCain persuaded only 31 percent of Hispanics to vote for him.

Now, after Romney’s abysmal result, one can only conclude that the party needs to come up with a realistic approach to immigration policy. Throughout the campaign Romney not only failed to propose a workable plan, but was also unable to take advantage of the fact that Obama had deported more than 1.5 million undocumented residents during his first term and that he broke his campaign pledge to bring a plan for comprehensive immigration reform to Congress within his first year in office. Instead, Romney and most Republican candidates attacked undocumented immigrants as though they were enemies, forgetting that immigration is personal issue in our community. And they forgot that more than half of all Hispanic adults in the U.S. immigrated here, and that the other half likely knows, works or lives with someone who is undocumented.

So while Romney could have picked up where President Bush left off, Hispanics will instead remember him as the first Republican presidential candidate since 1986 who opposed providing the undocumented with a path to citizenship. As a result, he lost Hispanic votes in important states like Colorado, Nevada and Florida. This lesson needs to be taken to heart _ if Republicans don’t change their ways, they could lose the perennially red state of Texas a couple of elections from now. Most Republican lawmakers are stuck in the past, staunchly opposed to the very idea of offering citizenship to undocumented residents, even though Fox News’ exit polls on Election Day showed that 65 percent of Americans favor it.

So what should the GOP do now?

Party leaders in Congress must work with Obama and the Democrats in 2013 to come up with a solution designed to help the 11 million undocumented immigrants forced to live in fear in this country. The time has come to act _ and Republicans can lead this effort.

As the party moves forward, it needs to rally behind more moderate members like Jeb Bush, the former governor of Florida and a potential presidential candidate in 2016, who supports immigration reform and knows that without Hispanics, the GOP’s future looks grim. Those Republicans who would prefer to carry on as usual need to take a hard look at the numbers: There are more than 50 million Hispanics in the U.S. today, and that number is projected to be 150 million by 2050. As Tom Davis, a former GOP congressman from Virginia, said in a New York Times article published the day after the election: “There just are not enough middle-aged white guys that we can scrape together to win.” If Republicans don’t reach out to our community, their party is doomed.

But first things first. Republicans could immediately start demonstrating their goodwill by watching their language. During a public forum at Univision in September, Romney labeled the so-called “Dreamers” _ young, undocumented residents whose only crime is a desire to go to college _ “illegal aliens.” For many of us, that term is an insult. As Nobel laureate Elie Wiesel has said: No human being is illegal. Perhaps someone should have told Romney that.

Perhaps he should have also been told that no one can win the White House without the Hispanic vote.

But now it’s too late.

Share
FacebookTwitter
Previous ArticleJorge Ramos: Why I Think You Should Vote (2012)Next ArticleFOR NEWS, THE FUTURE IS NOW