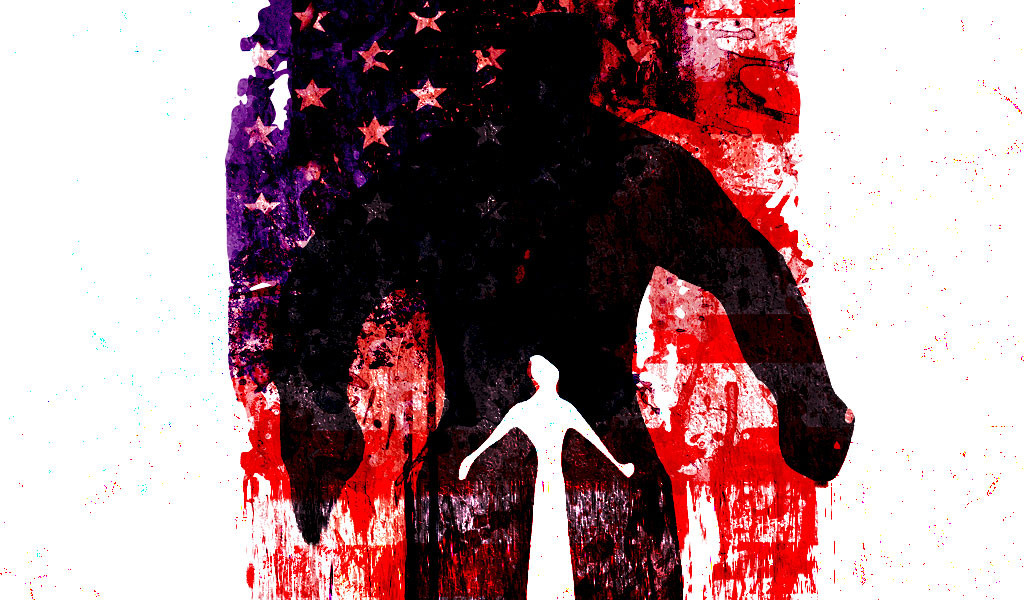 I’m a journalist; my job is to ask questions. Donald Trump is a presidential candidate; his job is to explain to voters what he would do if he were elected. Our objectives were bound to collide.

This statement is blatantly false. An overwhelming majority of undocumented immigrants in the U.S. are not criminals. Every study available (including research from the Immigration Policy Center) has concluded that that the crime rate among immigrants is lower than that of the U.S.-born population. Further, there exists no evidence — not a shred! — that the Mexican government is somehow conspiring to send criminals to the U.S.

Yet Trump — the party’s front-runner, according to most polls — insisted on repeating these assertions. So I decided to present him with the facts and offer him an opportunity to explain his views. In late June, I sent him a handwritten letter requesting an interview and included my personal cellphone number. Trump didn’t respond; instead, he posted my letter to Instagram. (Yes, I had to change my number.)

After that incident, I looked for another way to ask Trump the following questions:

1. Your plan to remove 11 million undocumented immigrants from the U.S. would be one of the most massive deportation efforts in modern history. How, exactly, would you deport 11 million people? By deploying the Army? By using stadiums as holding facilities?

2. Let’s say that you succeeded in amending the Constitution to deny citizenship to the U.S.-born children of undocumented residents. Where would you send babies with no country and no passport?

3. Why do you advocate building a wall along the U.S.-Mexico border when almost 40% of undocumented immigrants arrive in the U.S. by plane with temporary visas, and then just stay here? Wouldn’t the construction of a 1,900-mile wall be a massive waste of time and taxpayer money?

I took those questions to Dubuque, Iowa, in August, where Trump was slated to hold a rally and a news conference. I registered for the news conference and arrived almost two hours early. Eventually, Trump walked in. After two reporters had asked him questions, I spoke up and said that I had a question about immigration. Nobody in the room objected, so I stood and began to ask my question. Trump, evidently irritated by what he was hearing, cut me off and ordered me to sit down. You may have already seen the rest of our encounter, including my ejection from the room, on social media. (If not, watch here)

In summary, I wouldn’t sit down, and I wouldn’t shut up. As a journalist, an immigrant and an American citizen, I had a right to ask questions. But rather than provide answers, Trump ordered one of his guards to escort me out of the room. I’ve been working as a journalist for more than 30 years, and in all that time, I’d never been kicked out of a news conference. That’s the sort of thing that happens in dictatorships, not democracies.

After about 10 minutes — and after fellow journalists Tom Llamas from ABC News and Kasie Hunt from MSNBC addressed my expulsion with Trump — he let me back in. I returned on the condition that I could ask my questions. So I asked them. And, as has been the case since he launched his campaign, Trump refused to offer specifics. (The exchange can be seen here)

In the aftermath of this incident, I was accused of being an activist. That’s not the case — I’m simply a journalist who asks questions. And journalists have an obligation to take a stand when it comes to racism, discrimination, corruption, public lies, dictatorships and human rights violations. From Edward R. Murrow challenging Sen. Joe McCarthy to Walter Cronkite denouncing the Vietnam War,time and again in our history journalists have taken a stand, confronting the powerful and influential.

Today, Trump is speaking out against a minority and fomenting hatred against the most vulnerable people in our nation. And who will be influenced by his rhetoric? Who will succumb to his fear-mongering? Who will buy into the premise that immigrants are at the heart of America’s problems?

I had to look no further than right outside the press room in Iowa, where one of Trump’s supporters bellowed at me: “Get out of my country! Get out!” It’s my country, too, I told him. This happened moments after Trump told me to “go back to Univision.”

After our heated exchange, Trump told me that we would talk. I hope so. I have some more questions for him.