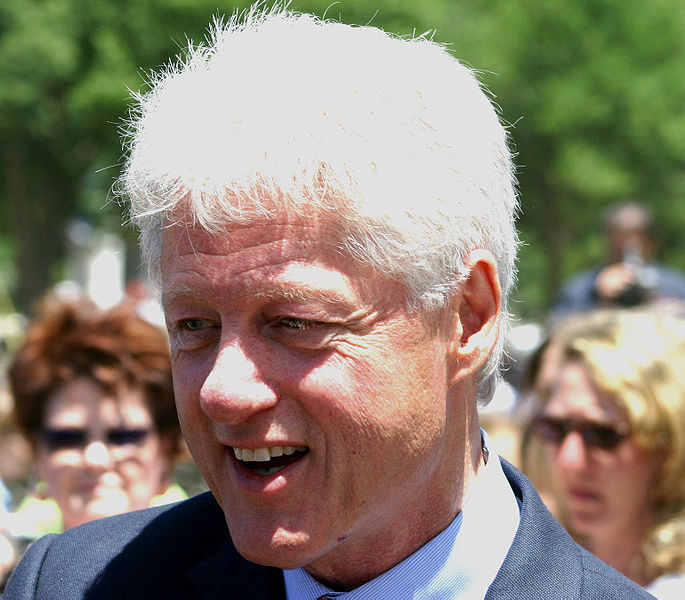 Former presidents tend to stand by the decisions they made while they were in office, rather than admitting their mistakes. That’s why Bill Clinton received so much attention when he acknowledged the mistake he made regarding to Haiti when he was president: He came right out and said that he’d done something wrong and now he’s trying to correct it.

Last week, we met at the University of Miami to discuss the Clinton Global Initiative, a foundation the former president started in 2005. Clinton recalled how in 1994 the U.S. and other nations put pressure on Jean-Bertrand Aristide, who’d been recently reinstated as president, to allow the importation of rice at very low tariffs. This heralded the end of much of Haiti’s agricultural sector; many families lost their land and eventually famine spread. Haiti went from exporting rice to having to import it. “It was a mistake,” Clinton said with the somber but direct look — maintaining eye contact and pursing his lips — that he uses to underscore his most important statements. “We were all wrong.”

True, it was cheaper to import rice from Arkansas than to produce it in Haiti. But that tradeoff left many Haitians unemployed: The cure was worse than the disease.

Clinton has been coordinating international relief efforts for Haiti since the 7.0 earthquake that caused more than 200,000 deaths on Jan. 12. And he hopes to help turn things around for the Caribbean nation. “I am going to urge all the donors to make Haiti as self-sufficient in food as possible,” he said.

The 63-year-old former president did not go so far as to say that the North American Free Trade Agreement with Mexico and Canada, which his predecessor signed 18 years ago, was also a mistake. But when I remarked that many Mexican tortillas are now made with American corn, Clinton acknowledged that “unless you have the investments all lined up, you are going to lose more than you gain; we were just wrong.”

Clinton did, however, praise Mexican president Felipe Calderon and his policy against drug trafficking. “I admire the Mexicans,” he said. “They are trying to do what the Colombians did.”

In 1997, then-President Clinton forged an anti-drug alliance with Mexico. Since that time, however, the situation in Mexico has worsened. Drug-related violence has claimed more than 22,000 lives since Calderon became president in 2006. Drug routes from South America, mostly Colombia, now cross Mexico, and as Clinton explained, drug cartels are buying their weapons on the other side of the border. “One of these guys can come over to America and buy these .50-caliber rifles and other assault weapons.”

Still, he said, “you can’t say Mexico is a failed state. They are still doing many things right.”

Cuba, too, has long worried the former president. His efforts to improve relations failed when the Cuban government ordered an attack against two planes belonging to the Hermanos al Rescate (Brothers to the Rescue) group in 1996. Four people were killed.

Secretary of State Hillary Clinton said recently that it is her “personal belief that the Castros do not want to see an end to the embargo and do not want to see normalization with the United States.” Her husband agrees: Bill Clinton said he thinks the Cuban government should free all political prisoners and promote greater political, economic and personal freedom on the island.

“I can say I’m very grateful for what Cuba has done in Haiti,” he said. “But if they want to prove that Hillary is wrong, all they have to do is change their policy.” As an example, he mentioned an activist group of wives of jailed political dissidents who have being demanding their husbands’ freedom: “These Ladies in White have got a point,” he said.

With his efforts to foster change in Haiti, Mexico and Cuba — and his acknowledgement of past mistakes — Clinton is proving that it’s possible to be an even more honest and effective leader outside the White House than inside it. A feat that perhaps only he could accomplish.