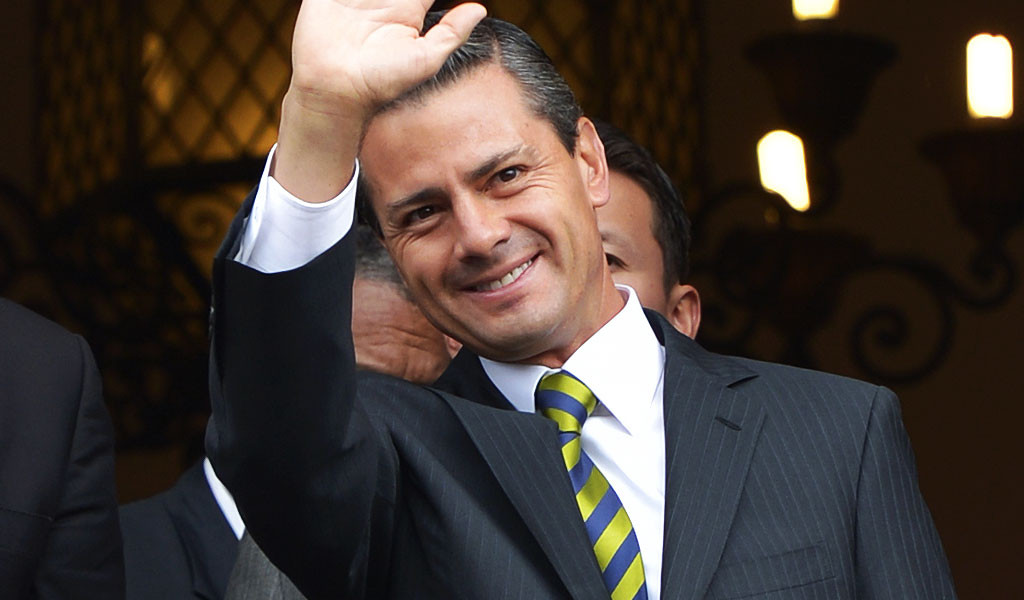 “Times like no other for botched jobs, unpunished crimes and witch hunts.” — Joan Manuel Serrat

After 43 Mexican college students from Ayotzinapa went missing a year ago, President Enrique Peña Nieto’s administration started telling an official lie about their disappearance. Today, that lie has been exposed.

On Sept. 26, 2014, the students, who all attended a rural teachers’ college, got on five buses and headed to Iguala. Shortly afterward, they went missing and were presumed dead. Months later, following what was characterized as an extensive investigation, the Attorney General’s office announced that it had obtained 39 confessions, conducted 487 inspections, recorded 386 testimonies and initiated legal action against 99 people who were allegedly involved in the students’ deaths.

Last January, then-Attorney General Jesús Murillo Karam announced at a press conference that the bodies of the students had been incinerated in a landfill in Cocula, and their ashes dumped in a nearby river. “There is no doubt that the students were captured, murdered, incinerated and dumped in the San Juan River,” Murillo Karam claimed, noting that thousands of bone fragments were recovered. “That’s the historical truth.”

Unfortunately, this “truth” has proven to be a rigged, incomplete version of events that the Mexican government has peddled to the world.

According to five experts appointed by the Inter-American Commission for Human Rights, the Mexican government’s official report contains many mistakes. In fact, José Torero, one of those five experts, told me recently that the Mexican government’s version is “pure speculation.” Torero, who is from Peru and is the head of the civil engineering department at Australia’s University of Queensland, said that “in substance, there is no material evidence.”

For instance, Torero said, the remains of the 43 students could not have been incinerated at the Cocula landfill, as the government asserted. “Had there been a fire of that scale, there would be generalized damage to the surrounding vegetation and the rest of the garbage, and there was no such damage,” he told me. “Besides, the bones found in the Cocula landfill were incinerated to a degree that requires an external fire. … According to witness testimony, there was no possibility for a fire of that scale.”

The Inter-American Commission for Human Rights also concluded that the assertion by Murillo Karam that there was “not a single evidence, not even one, of the army’s involvement” in the students’ disappearances is also false.

According to José Miguel Vivanco, executive director, Americas division, of Human Rights Watch, officials from the Mexican army actually knew from the beginning what was happening. Vivanco contends that army and federal police officials “were thoroughly informed of what was happening in real time,” through a central communications system for the security forces. Vivanco also told me in an interview that, “federal police intercepted the fifth bus, with a group of students who managed to escape and save their lives. That fifth bus later disappeared, and there are no traces of its whereabouts in the investigation.”

So two primary conclusions from the Mexican government’s report — that the students’ remains were incinerated and that the army and federal police had nothing to do with their disappearance — both appear to be false and components of an official lie.

Why did Peña Nieto’s administration invent these stories? Perhaps they wanted to get rid of this problem once and for all; the tragedy stymied Peña Nieto’s efforts at cultivating a positive image around the world. Or, maybe the administration simply wanted to place the blame for the students’ disappearance on violent drug cartels in Mexico in order to hide the government’s incompetence when it comes to dealing with crime.

Nevertheless, more than a year has passed, and we still don’t know what happened to these 43 young men. And while the parents and friends of the missing students try to face life without their loved ones, their government is still not interested in finding out what actually happened to them. Fabricating an official lie seems like yet another cruel and inhumane act perpetrated against the families of the missing students.

(Here’s my interview with José Torero: youtu.be/HhtzrIQFxNQ. As of press time, nobody from the Mexican government has contacted him, preferring instead to criticize his findings in the media. “If they want to clarify anything, I’d be delighted to sit down with their experts.” If officials really want to know what happened to the 43 students, why don’t they give Torero a call?)