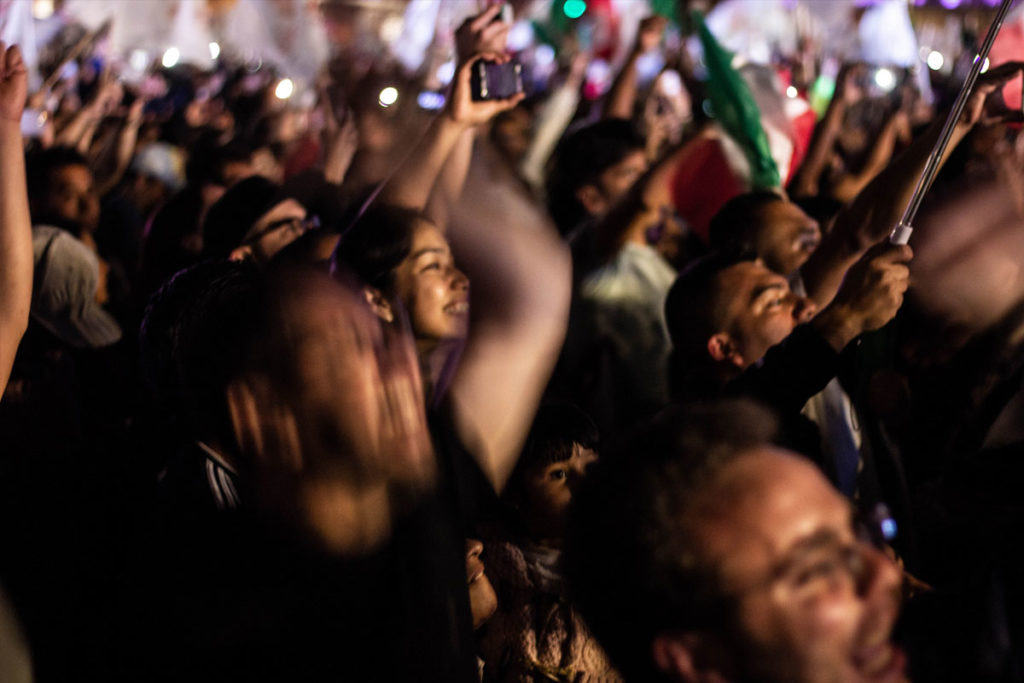 MEXICO CITY ? The scene was striking. Manuel López Obrador had just been declared Mexico’s president-elect, and thousands of his supporters flocked to the Zócalo, the city’s main plaza, to celebrate.

Wire fences had been erected in and around the square so that fans could watch the World Cup matches on huge screens, but on election night there were so many people headed to the Zócalo, and the pressure on authorities was so intense, that the police finally moved away some fences to let people in.

And Mexico burst in.

On July 1, more than half of the nation’s electorate (53%) declared that they’d had enough. Following 77 years under the rule of the Institutional Revolutionary Party (PRI), and 12 years under the National Action Party (PAN), Mexico swung to the left and elected a populist who belongs to neither party. Nobody knows exactly what this means. But things will certainly be different.

Getting here wasn’t easy. The last time a left-wing candidate won a presidential election in Mexico was in 1988, but Carlos Salinas de Gortari and his PRI infamously rigged the election, committed massive fraud and deprived Cuauhtémoc Cárdenas of the presidency. López Obrador asserts that he, too, won the vote in 2006 and 2012, but that rigged elections gave the presidency to other candidates. The third time was a charm, apparently.

López Obrador’s election amid a “wave of outrage,” as the writer Elena Poniatowska has described it, was unstoppable. All the murders and violence that Mexico has endured in recent years, all the outright corruption, all the indignation that Mexicans were feeling after being insulted over and over by President Donald Trump gave rise to a massive vote for change. The outcome surpassed what polls had predicted, which means that there were many Mexicans who voted for López Obrador, but didn’t reveal it to pollsters (and perhaps neither to their friends, family members or bosses).

Expectations for López Obrador are very high. They can compare only with the hope Mexicans had for President Vicente Fox after his historic victory in 2000, which ended decades of the PRI’s tight grip on absolute power. But Fox let Mexicans down: Rather than changing the system, he embraced it. López Obrador can’t do the same. During his first speech as president-elect, he insisted, “I will not fail you.”

López Obrador’s victory understandably has many people feeling anxious. “They will leave!” Diego Luna, the Mexican actor, tweeted after the election, referring to Mexico’s “power mafia.” But the truth is that this particular mafia is undergoing a transformation right now, and they have no intention of leaving. They’ve gone from denial — “No, López Obrador will never become president” — to shock, and now they’re trying to survive in Mexico’s new political landscape. And they will do whatever it takes.

Some Mexicans have an outstanding knack for orbiting toward power, no matter their politics. And many will quickly close ranks around a “badass” at the top, as a former U.S. ambassador once told me. It’s almost a tradition: It’s been happening since the Tlatoanis, the Aztec rulers, rallied around the Spanish viceroys centuries ago. These days, politicians, journalists, businesspeople and even artists are getting closer to López Obrador and his people, looking to preserve a system of privilege that has made inequality in Mexico so much more severe. If López Obrador is to fulfill his pledge to the people, he will have to say no.

Mexicans are angry and tired of the Mexico that’s so closely affiliated with death and corruption. We all knew it was only a matter of time before the dam burst. Some of us predicted mass demonstrations, and even the impeachment of the current president. But, surprisingly, it all happened peacefully, on Election Day.

As thousands of Mexicans filled the Zócalo, TV anchors were trying to explain how López Obrador had won. They would have understood it all just by looking at the square. Mexico had burst in.