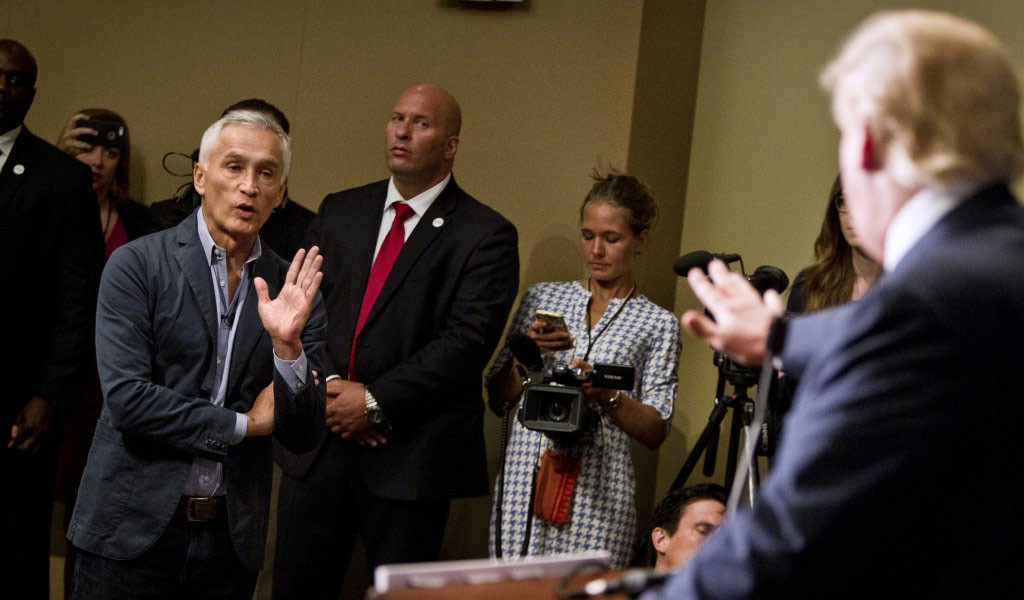 Donald Trump likes to remind us publicly that he is very smart and a great businessman.

If that’s the case, then, why has he decided to embark on a project as useless as building a huge wall along the border with Mexico? It’s no easy task, even for a builder like him. It is not smart, either.

The senate majority leader, Mitch McConnell, says it will cost up to 15 billion dollars for the 1,200-mile project (since about 700 miles already have some kind a physical barrier). And most likely, U.S. taxpayers will have to pay for it.

Mexican president Enrique Peña Nieto had to cancel a meeting set for next week in Washington because he was asked by Trump to do the impossible. No, Mexico won’t pay for the wall, he said.

It’s as absurd as asking your neighbor to pay to remodel your own home. If a neighbor asked me something like that, my answer would be: Are you crazy?

Trump has no idea of the magnitude of indignation that his words and actions have created in Mexico. Mexico’s former president, Vicente Fox, said in an interview that this is the most serious diplomatic conflict between both countries since the Mexican-American war in 1848. It might be an exaggeration but the comparison is appropriate.

Every school-age kid in Mexico knows by heart the history lesson of how Mexico lost half of its territory to the United States. (That’s the reason cities like San Francisco, San Antonio, Nogales and Los Angeles bear those Spanish names.) So forcing Mexico to pay for a wall would have been yet another historical humiliation.

I’m no friend of President Peña Nieto. He has been a terrible leader; weak, scared and without a vision. His government has been accused of corruption and violations of human rights. His approval ratings are at an all-time low. But he couldn’t afford to be seen as a wimp in front of Donald Trump. Not again. Mexicans bitterly complained when Peña Nieto didn’t have the courage to tell Trump in a press conference in Mexico City last August that Mexico was not going to pay for the wall. Peña Nieto, by cancelling the meeting, finally did something that many Mexicans could agree on.

If the Trump administration were to impose a 20% tariff on all imports coming from Mexico in order to pay for the wall, U.S. taxpayers would eventually have to spend more on clothes, shoes, cars, dishwashers, TV’s… and avocados for the Super Bowl. Also, such a measure would surely have a negative impact on the Mexican economy. So be very careful here. It is in the best interest of the United States to have a stable Mexico. An economic crisis in Mexico would mean a new wave of migration to the north.

Trump’s wall is supposed to stop an invasion coming from the south. But I have news for you. There’s no invasion. The undocumented population has remained stable at about 11 million for the last half a decade, according to the Pew Research Center. As a matter of fact, more Mexicans are leaving the United States than arriving.

So it makes no sense to build a wall, even for security reasons. Here’s why. About four out of every 10 undocumented immigrants come legally, many by plane, and then overstay their visas. No wall can stop that, no matter how long or tall it is. Unfortunately, Donald Trump doesn’t believe that is true.

After I was ejected from a Trump press conference in Dubuque, Iowa, on August 2015, I was allowed to come back to ask the then presidential candidate a few questions. I told him that his wall proposal would not stop the visa overstayers, as they are called. But he didn’t want to listen.

-“But it would be an unnecessary waste of time and money,” I said.

-“Almost 40 percent of immigrants come by plane,” I told him. “They simply overstay their visas.”

Well, you better believe it mister Trump. The study published in 2006 found the following:

“Nearly half of all the unauthorized migrants now living in the United States entered the country legally through a port of entry such as an airport or a border crossing point where they were subject to inspection by immigration officials, according to new estimates from the Pew Hispanic Center. As much as 45% of the total unauthorized migrant population entered the country with visas that allowed them to visit or reside in the U.S. for a limited amount of time. Known as ‘overstayers’, these migrants became part of the unauthorized population when they remained in the country after their visas had expired.”

President Trump can believe whatever he wants. But he can’t invent his own set of facts. A wall would only give a false sense of security. So Trump will build it, mainly, for political reasons.

Immigration is, in essence, an economic and social problem of supply and demand. If you really want to solve this dilemma, you have to start by legalizing the undocumented population already here and implementing a multi-national system to make legal immigration easier, not more difficult. Nothing else will work.

Trump’s wall is totally useless. Any smart person would know that.

Share
FacebookTwitter
Previous ArticleTrump Is President, But He’s Still WrongNext ArticleTrump’s Wall Is Only in His Head