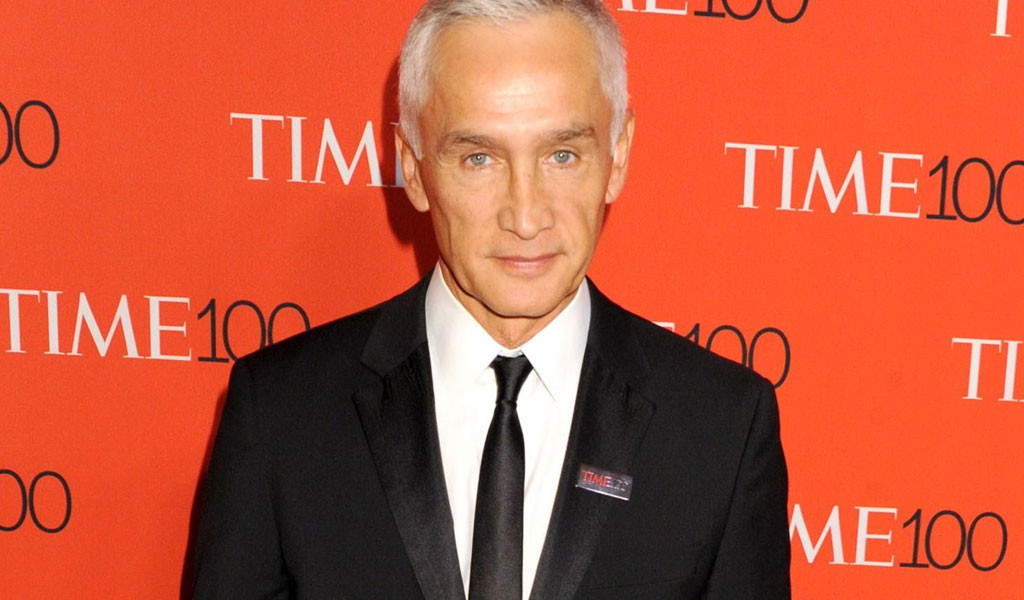 After my encounter with Donald Trump a couple of months ago, many people have asked me: are you a journalist or an activist?

I do understand why they ask me that question. After all, what they saw on television and on social media was a reporter challenging a presidential candidate.

So here’s my answer: I’m just a journalist who asks questions. That’s all. But sometimes, as a journalist, you have to take a stand. And I took a stand.

As a matter of fact, all studies conclude that immigrants are less likely to commit a crime than those born in the United States. The reason is very simple: immigrants don’t want to get in trouble with the police because they don’t want to be deported.

I clearly felt that Trump was promoting bigotry and discrimination with his speeches and that it was dangerous for a presidential candidate to attack immigrants and Latinos. Others, unfortunately, have followed his example.

So I did what any other reporter would have done: I wrote him a letter, with my cell phone number on it, requesting an interview.

Instead of granting me an interview, as he has done with other media, he published my cell phone on Instagram. First lesson: never, ever, give your cell phone number to Donald Trump.

Still, I had many questions for him. So two months later we went to a press conference in Dubuque, Iowa, and you know what happened. He didn’t like my question, he called a bodyguard and he threw me out of the press conference.

I’ve been to Cuba and Venezuela but this is the first time in my 30 years as a journalist that I’ve been ejected from a press conference for asking a question.

Thanks to two courageous reporters in that press conference, MSNBC’s Kasie Hunt and ABC News’ Tom Llamas, trump was forced to rectify and allowed me back in the room. After that, he had to listen to my questions about deporting 11 million immigrants, building a 1,900-mile wall and denying citizenship to the children born here to undocumented parents.

In other words, I finally did my job, which is to ask questions.

We can debate all night if I did the right thing. Let me just say, to my defense, that I did wait for my turn. But I will not apologize for asking tough questions to a presidential candidate who is offending immigrants, women and other candidates.

Our most important social responsibility as a journalist is to challenge those who are in power and to prevent the abuse of authority. That’s our job.

Our place is not to be with the powerful but outside the circle of power. Our role is to be the anti-power. Only there, at a distance from power and money, we can gain respect and credibility. Our power as journalists comes from being the anti-power.

We, as journalists, have to take a stand when it comes to racism, discrimination, corruption, public lies, dictatorships and human rights. It’s not only the right thing to do but it is our duty to take a stand in those cases.

Unfortunately, we know what happens when we don’t take a stand. I think we, as journalists, made a big mistake when we didn’t challenge enough the Bush administration before the invasion of Iraq in 2003.

Saddam Hussein was a terrible dictator but, at that moment, he didn’t have weapons of mass destruction and he had nothing to do with 9/11. Only a few reporters openly and forcefully questioned president George W. Bush. But their effort and courage was not enough.

The consequences are here to see: thousands have died, Iraq is not a democracy and ISIS is a new threat to our national security. I would like to think that we, as journalists, could have changed that. But the fact is that we didn’t.

The lesson is that we should not wait. We have to be the first ones asking questions when human rights are at stake, when politicians lie, when one ethnic group is being attacked, when racism and discrimination are presented as a plan for the future of America.

We can’t wait to ask those questions after the election. No, the tough questions have to be asked now, right now.
So take a stand and don’t apologize for that.

I want to dedicate this award to the families of the 80 journalists who have been killed in Mexico in the last decade and, also, to the reporters in Mexico city who denounced a corruption case known as “la Casa Blanca” or the white house in which Mexico’s first lady bought a 7 million dollar home from a government contractor.

Nothing happened in Mexico but those journalists lost their jobs shortly after their report was published.

Our job is, simply, to ask questions.