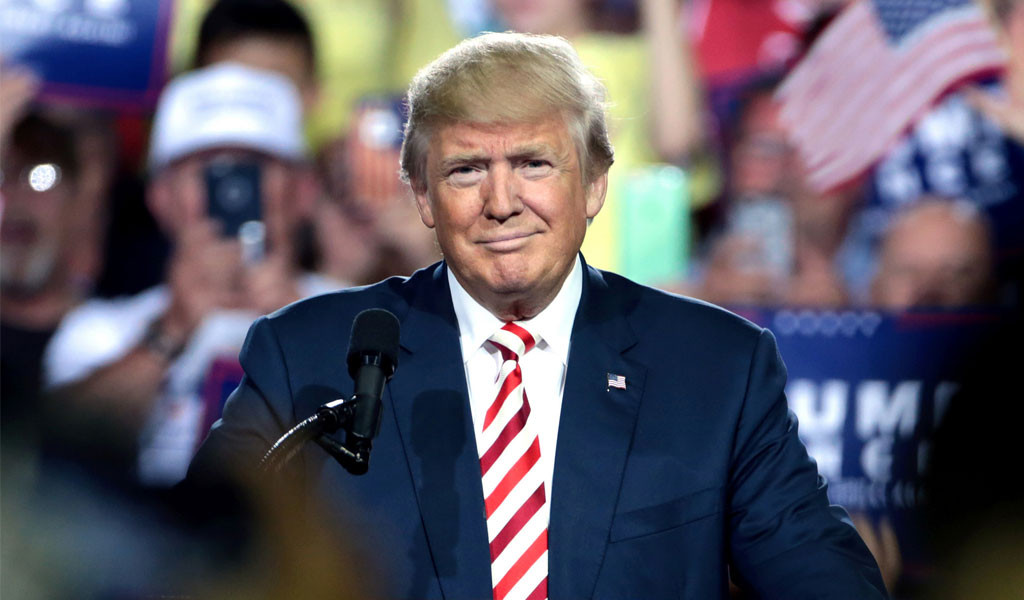 The Dreamers are, in fact, the leaders of a new immigration movement. The strategy of their parents was to hide and be silent; theirs is to be openly proud of who they are and to be in your face. The Dreamers are not going to let Donald Trump alone. I know them. They will protest, they will risk arrest but they won’t give up.

Donald Trump told me in Iowa in August 2015 that he had a bigger heart than mine. Well, now is the perfect time to show it. He has the addresses and the personal information of all the Dreamers. I just hope that he doesn’t use the federal government archives against them.

After letting the Dreamers in, Trump should go for a bigger price: immigration reform. He should not wait to build a wall or fence first.

The border with Mexico is 1,954 miles long. There are already physical barriers in 670 miles. It would take most of a four-year administration to try to build a wall in the other 1,284 miles (possibly at a cost of $16 million per mile). Instead of building an unnecessary wall—almost 40 percent of undocumented immigrants come legally and overstay their visas—Trump should just walk over to Congress.

If he admires Ronald Reagan so much, then he should be like Reagan.

President Obama made a big mistake by not keeping his word of introducing immigration reform during his first year in office (in 2009 Democrats controlled both chambers of Congress). Trump should learn from that. Republicans will control the Senate and the House of Representatives the next two years and Trump could get bipartisan support for a law that legalizes the majority of the undocumented population. This could be the first step to heal a seriously divided nation.

But I am not naive and not holding my breath. I understand that in a Trump administration a path to citizenship is out of the question and that his emphasis will be on deportations. That is why the mayors of Los Angeles, New York, Chicago, San Francisco and Denver have vowed to remain sanctuary cities for immigrants and refugees. But to concentrate on enforcement is ill-conceived and would only increase the number of hate crimes already plaguing the country since the election.

Law-abiding immigrants, who pay taxes and contribute to our economy, could be a boon to this country. They contribute much more than what they take away in social services and education. They would increase the federal budget by 700 billion dollars during the first ten years after legalization, according the bipartisan Congressional Budget Office.

To legalize immigrants is a great business. It does not make any economic sense to deport them. Mr. Trump said in a 60 Minutes interview that he would deport up to three million undocumented immigrants because of their criminal offenses. I don’t know where he got those numbers but they are wrong.

Only 690,000 undocumented immigrants—or 6.3 percent of the unauthorized population—have committed felonies or serious misdemeanors, according to the Migration Policy Institute. That means that the vast majority of the 11 million people without legal papers (93.7 percent) are not criminals. Not “terrorists,” not “rapists.”

They don’t deserve to be deported. Yes, they broke the law by coming here illegally or by overstaying their visas. But they didn’t come here to commit crimes or to go to Disneyland. They came here to help us, to do the jobs nobody else wants, to make America prosper. They harvest our food, they take care of our children, they build the homes where we live and they are an essential part of our communities. According to the American Immigration Council, immigrants are less likely to be criminals and to be behind bars than the native-born.

Donald Trump, no question about it, has an anti-immigrant reputation among many voters. His racially charged comments about Mexican immigrants, judge Gonzalo Curiel and Muslims were widely reported during the campaign. But now, as president, he has a unique opportunity to follow America’s noble tradition of embracing immigrants, like his mother and his wife.

Yes, there is an opening for change. In the same 60 Minutes interview, Trump said this about the majority of undocumented immigrants: “They are terrific people.” His words. So surprise us Mister Trump. Do the unconventional. Start with immigration. I really do hope that you have a big heart.