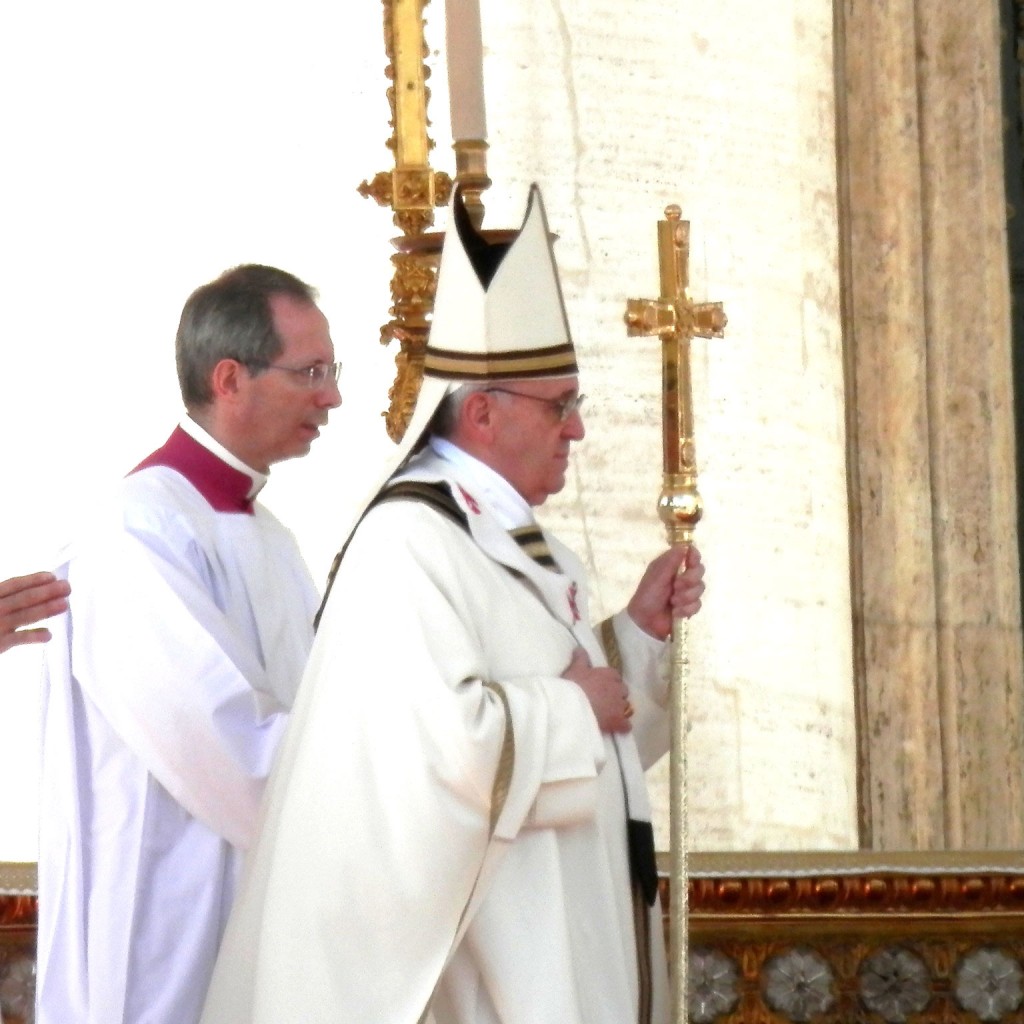 Pope Francis must be one of the most loved people on the planet:

He invites children to join him onstage, delighting audiences; he lovingly embraces and blesses the infirm; he has a massive and loyal following on Twitter; and his face has even graced the covers of Time magazine and Rolling Stone recently.

The Roman Catholic Church, on the other hand, is not as well-regarded. In fact, according to the results of a recent global poll, many Catholics believe that it’s time to reform the church. They say: Keep the pope, but change the church.

Late last year and in January, the Univision network partnered with the consulting firm Bendixen & Amandi International to conduct a poll of Catholics worldwide in order to gauge followers’ opinions of the church. (The Vatican also sent out a separate survey last year.) About 12,000 people from 12 countries on four continents were polled, and the results showed that many of the faithful oppose some of the church’s fundamental tenets. (The data can be seen here: feeds.univision.com/la-huella-digital/.)

Fifty-eight percent of respondents said they disagreed with the church’s prohibition of divorce; 65 percent said that abortion should be acceptable under certain circumstances; 78 percent were in favor of relaxing the church’s opposition to contraception; 50 percent said that Catholic priests should be allowed to marry; 45 percent would like women to have the opportunity to be ordained; and 30 percent expressed support for same-sex marriage (with regard to this issue, support was highest in Spain, at 64 percent, with the United States at 54 percent).

The poll results portend “a defeat for the fortress’ ideology,” Marco Politi, an analyst and expert on Vatican issues, told me in a recent interview. “But we are not on a road to revolution.” The Roman Catholic Church, he pointed out, is organized according to a top-to-bottom hierarchy, which means that Vatican officials, and even the pope himself, must be willing to reconsider the organization’s ancient principles – which at this point seems unlikely.

Interestingly, though, while Catholic respondents to the poll indicated an eagerness for reform, they also said that they were very happy with the leadership. Pope Francis enjoys a strong approval rating – 87 percent said that they have a good or excellent opinion of him. Of course, it would be difficult not to like Francis, who has a joyful manner, refuses to pass judgment on gays and interacts with the public whenever he can.

But despite his laid-back style and generous approach, the pope remains tethered to the old Catholic dogma, which rejects gay people, does not allow women to be ordained and forbids priests from getting married. Francis cannot advocate for the use of condoms to stem the spread of AIDS in Africa, nor has he dared confront the sex-abuse scandal in the church in a useful way.

Recently the United Nations Committee on the Rights of the Child released the results of a long and thorough investigation of the clergy sex scandal within the Roman Catholic Church. According to the report: “The committee is gravely concerned that the Holy See has not acknowledged the extent of the crimes committed, has not taken the necessary measures to address cases of child sexual abuse and to protect children, and has adopted policies and practices which have led to the continuation of the abuse.”

The report also said that the Vatican had also failed to acknowledge the extent of the crimes and appealed for church officials to bring all abusers to justice.

But the pope chose not to address the findings of the report directly, and Vatican officials quickly criticized it, accusing the committee of trying to interfere in the church’s teachings and in its exercise of religious freedom.

Look, I am fond of Pope Francis. I think it is wonderful that a man from Argentina is now the head of the church – he’s the first pope from Latin America. And I appreciate that he is open in interviews with the press and that he speaks plainly. There is much that has to change within the church, and he could be the man who finally puts it on a path to reform.

But first the pope must resolve not to protect criminal priests. As I have written in the past, Francis must decide that he is on the side of the abused, not the abusers.