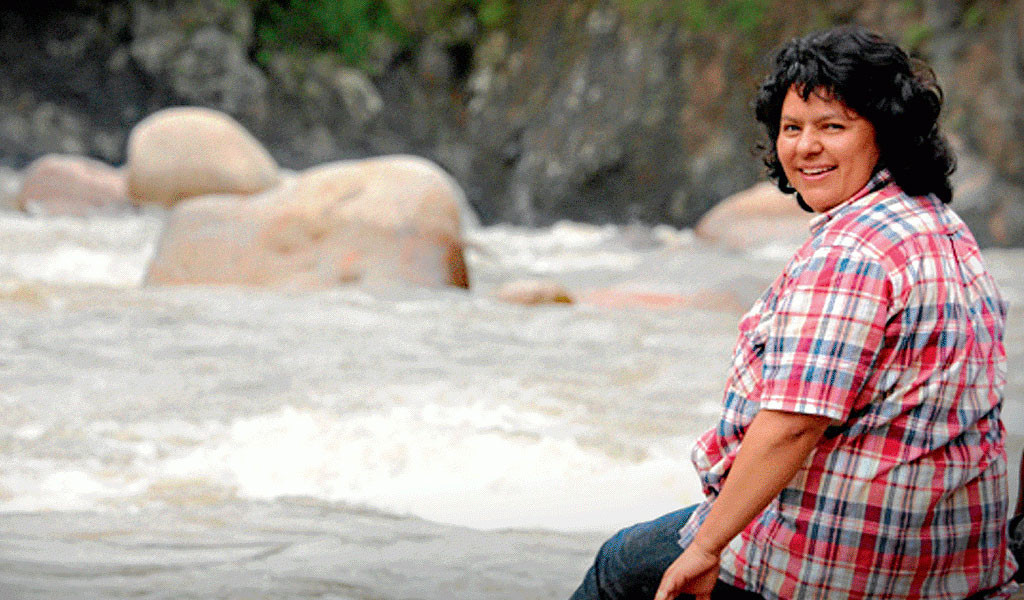 I recently spoke with Berta Isabel Zúñiga, daughter of the late Honduran environmental activist Berta Cáceres, via satellite from Washington.

As I was watched Zúñiga on the screen, it occurred to me that this 25-year-old must have inherited her mother’s fighting instincts. Though Cáceres was killed just a few weeks ago, here was Zúñiga, answering questions on television and demanding justice for her mother, without shedding a single tear.

Cáceres, 44, head of the Civic Council of Popular and Indigenous Organizations of Honduras, was best known for leading the Lenca community’s opposition to the construction of a major dam on the Gualcarque River. The dam, backed by a significant amount of international funding, would irremediably affect the environment, destroy farmland and block access to rivers considered sacred by indigenous groups.

On March 3, gunmen broke down Cáceres’ front door and shot her to death.

Some journalists in Honduras speculated that the killing was either a robbery gone wrong or a crime of passion. But Zúñiga believes that her mother’s death might be tied to her activism against the Gualcarque dam. So far a police investigation has led nowhere. (Agua Zarca, the hydroelectric firm building the dam, said in a news release that the company had no “direct or indirect link” to Cáceres’ death. The company also said that it “bemoans and condemns the crime” and “expresses its solidarity with the mourning family.”)

Cáceres lived her last years on the brink of death. Her outspoken opposition to the dam led to many threats against her life. The Honduran government, aware of the threats, was supposed to protect Cáceres — but failed.

The sole eyewitness to Cáceres’ killing was a guest, Gustavo Castro, a Mexican environmentalist. “He was in the house that night, in my little sister’s room, visiting my mother,” Zúñiga told me. “It was a miracle that he was spared … The gunman aimed directly at his face, but he moved his head and the bullet only hit his hand and clipped part of his ear.” Apparently the gunman thought Castro was dead and left.

At a news conference soon afterward, Castro said that he was frustrated that government investigators have come up with no explanation of who the gunmen were or why Cáceres was targeted. “We are waiting for the government itself to come up with a credible [story],” he said. “A version that satisfies Berta’s family.”

During my interview, I asked Zúñiga if she trusts that the Honduran government will bring her mother’s killers to justice. “No. We don’t have faith in the government. First, because it’s been inefficient with regard to the investigation … but also because the Honduran establishment has a strong interest in not investigating and not finding out who was really behind her murder.” That’s why Zúñiga is asking the Inter-American Commission for Human Rights to assist in the investigation.

Zúñiga and her three brothers know they could be the next victims of her mother’s killers, “now that we’re demanding justice and raising our voices,” she said. But they are undeterred.

During our discussion, Zúñiga was stoic. This is no time for tears. It’s time to fight. That’s what she learned from her mother. Only when she refers to her mother as “mami” during our talk does she let on that she’s bearing a great burden of grief. But she knows that fighting against injustice is a way of honoring her mother. (You can watch my interview in Spanish with Zúñiga here:)

Less than a year later, Cáceres was buried near the Gualcarque River that she loved.