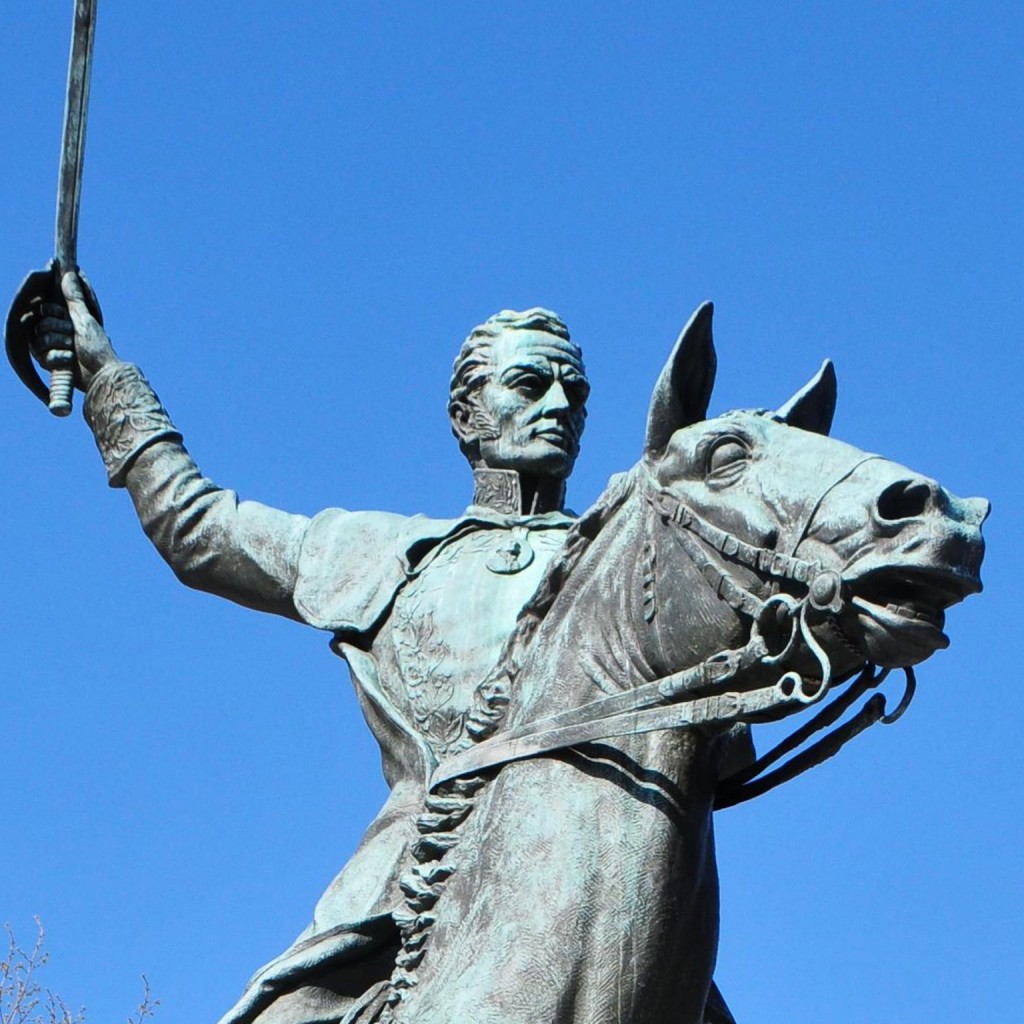 Today, at a time when the world sorely needs great leaders, the accomplishments of history’s famous visionaries seem much more difficult to achieve and perhaps impossible to replicate.

But two extraordinary books published this year helped me to understand Jesus Christ and Simon Bolivar better, by debunking the mythology that surrounds their legacies.

Why read about these two? Because Jesus’ and Bolivar’s lives and teachings motivate billions of people to this day. It is astounding that the short life of a poor man could be the basis for one the most influential religions of the last 2,000 years, or that a single person could defeat the immensely powerful Spanish empire in the 19th century.

The problem is that we hardly know these men – the popular accounts of their lives are riddled with exaggerations and inaccuracies. Christianity has been used for centuries to justify violent acts, both by religious men with good intentions and by killers wanting to do evil. And Bolivar’s name has often been invoked in modern times by politicians trying to rally their countrymen, especially by the late Hugo Chavez, who connected most of his political goals in Venezuela to Bolivar’s legacy. (Chavez constantly, and preposterously, compared himself to both Jesus and Bolivar.)

In the end, the stories of these two significant figures have been so twisted that it is hard to know the truth about them.

Marie Arana, an American journalist who was born in Peru, paints a very detailed portrait of Bolivar in her book, “Bolivar: American Liberator” (Who knew that he was only 5 feet 6 inches tall and weighed just 130 pounds?). She explains why the famous freedom fighter, who is considered Latin America’s great unifier, is still so highly regarded almost two centuries after his death.

Arana skillfully tells the story of the young aristocrat with no military background who united people, liberating six countries from the control of the Spanish monarchy. According to Arana, Bolivar controlled a territory seven times larger than the area George Washington did during America’s war for independence from England, and right from the start of Bolivar’s struggle for independence, he integrated Latin America’s black and indigenous populations in the fight against the Spanish.

But Bolivar was human. He was widowed at 19, and never married again, though his victories on the battlefield were comparable only to his feats in the bedroom; Arana describes the intensity and frequency of his amorous dalliances in her book. Arana also examines Bolivar’s brutal “War to the Death” decree – which justified the murder of Spanish civilians who were not loyal to independence in South America – and his horrifying decision to behead more than 1,000 Spaniards in and around La Guaira, Venezuela, during four days in 1814.

Arana’s Bolivar is a leader whose life was influenced by blood, hormones, excesses, mistakes, courage and an irrepressible longing to be free, along with a fierce desire to spread freedom to others. This Bolivar is preferable to the angelic, cartoonish fabrications that politicians try to sell to people nowadays.

In his book, “Zealot,” the religious scholar Reza Aslan portrays a Jesus who – like Arana’s Bolivar – is closer to earth than he is to heaven. The book’s title, which can be taken to mean “fanatic,” is better described as “rebel.” Rather than debate what is impossible to prove – whether Jesus was truly the son of God – Aslan tells a historical tale. He makes a compelling case that Jesus was born in Nazareth, not in Bethlehem as the Christian tradition claims, and that he had several siblings.

Aslan also makes the point that Jesus’ crucifixion was certainly not an unusual punishment, but that it was a very common method of executing those who opposed the Romans. Aslan portrays Jesus as a rebel who caused trouble for both the Romans and Palestinian leaders in his time, and helps us to better understand his spiritual message.

In particular, “Zealot” attempts to debunk the notion that Jesus rose from the dead three days after he was killed (this is, of course, impossible). Aslan argues that the resurrection was not a historical event, and he reminds us that many of modern Christianity’s foundational myths were decided on in Nicaea (in what is Turkey today), during a meeting held at the request of the Roman Emperor Constantine some 325 years after Jesus’ death.

Through intellectual honesty and great research, these two books introduce us to two men who changed the world and influenced the way many of us think, but whose stories have been obscured by their legends.

I, for one, prefer facts to myths.

Share
FacebookTwitter
Previous ArticleURUGUAY EXPERIMENTS WITH MARIJUANANext ArticleWHAT COULD HAVE BEEN