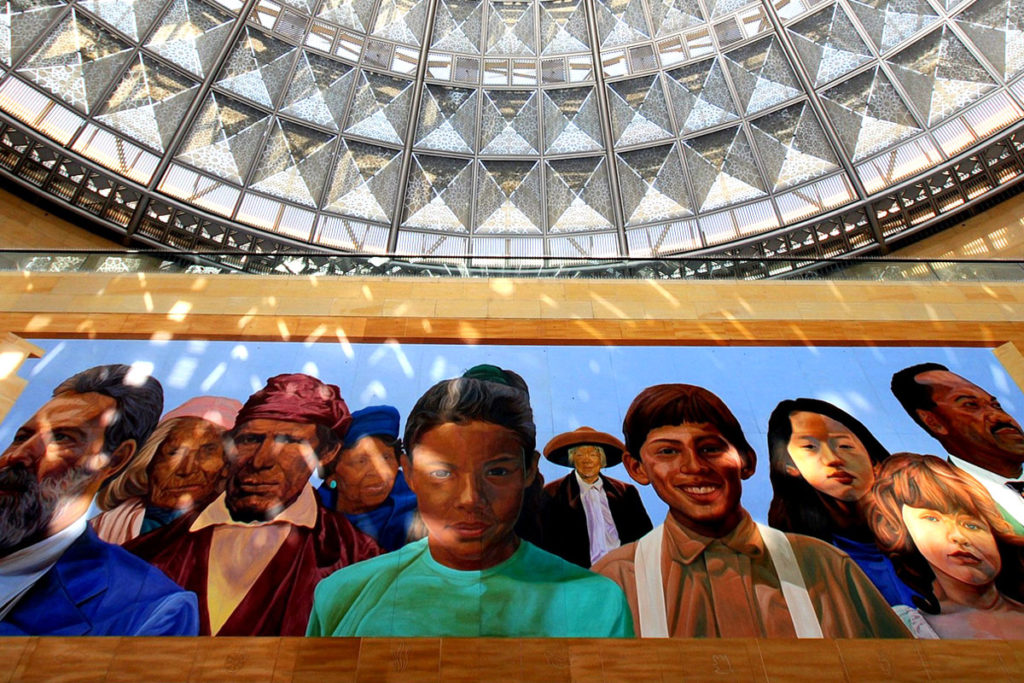 I recently went to Los Angeles for two days, and spent one looking back, the other looking forward.

LA is the city that saved me. Thirty-five years ago, it was where I settled after leaving Mexico, and the city embraced and welcomed me. Back then, America’s Latino wave was still in its infancy, but it was already clear that nothing could slow the growth of its Hispanic community.

One of the first things that amazed me about the United States was the fact that Americans were free to criticize the president and other leaders without fear of reprisal. By contrast, Mexican presidents — all hand-picked by their Institutional Revolutionary Party predecessors since 1929, in order to maintain a corrupt, repressive status quo — were untouchable. I had just turned 24 and hadn’t wanted to work as a censored journalist in Mexico, so I left. (Mexico had to wait almost two decades before holding its first more or less free election, in 2000.)

I came to California to study, with little money and few possessions. Back then I could carry all my belongings around with me; a suitcase, a guitar and a portfolio. I had been accepted into an extension course at the UCLA, so I had to find a place to live. I got a room in a house for students that cost $5 a night, with a rickety bed and no access to a kitchen. Along with my housemates, who were from Ghana, Brazil, Iran, Pakistan and South Korea, I cooked pasta and rice inside a closet so the owner wouldn’t find out. That first year I ate way too much lettuce and bread, but I also learned a lot.

Though I barely spoke English, I was still warmly welcomed by the community. The university, Los Angeles and the United States, in that order, lent me a hand when I needed it most. And for that I’ll be forever grateful. People were so caring and understanding when I was a newly arrived immigrant that the least I can do is fight for the immigrants arriving after me. They should be treated exactly the same way.

On a recent cool and sunny morning, I went jogging around the UCLA campus. Nostalgia made me stop again and again. I recognized a part of myself around every corner and in the face of every student I encountered. I can’t go back in time to those early days, but they were without a doubt the most important of my life. President John F. Kennedy was right when he wrote that, “Little is more extraordinary than the decision to migrate.”

But that is the past. With regard to the future, I had the chance to be one of the moderators at a UCLA debate among the six main candidates running for governor of California. At a time when President Donald Trump’s anti-immigrant policies are affecting millions of families, the state of California has emerged as an impediment to racism and discrimination. And many California cities have become sanctuaries for undocumented immigrants, much to the annoyance of Washington. That protective and generous spirit is similar to what I found when I was a student here.

And where California goes, the rest of the country follows. No ethnic group is a majority here. There are more Latinos living in California than in any other state, as well as a higher proportion of Asian-Americans, except for in Hawaii. And in a multiethnic, multiracial and multicultural state like this, the only way to live harmoniously is to be tolerant, respectful and accepting of those who are different, or come from other places.

We need to learn from California’s example. The Census Bureau estimates that by 2044 no ethnic group will be a majority in the United States. Non-Hispanic whites will account for less than half of the population, and our identity will be mixed.

In the end, Trump’s efforts to reverse demographics and make America whiter and more European again are doomed to fail. The future is here, and you can see it in California.

This is what I was thinking about while listening to the six candidates. But at times my mind would wander, and I would again see myself in the lively eyes of a student in the audience. After all, some time ago I was just like them.

Share
FacebookTwitter
Previous ArticleJorge Ramos: ‘Trump’s remarks are racist’Next ArticleJohn Kasich speaks to a different side of the Republican Party