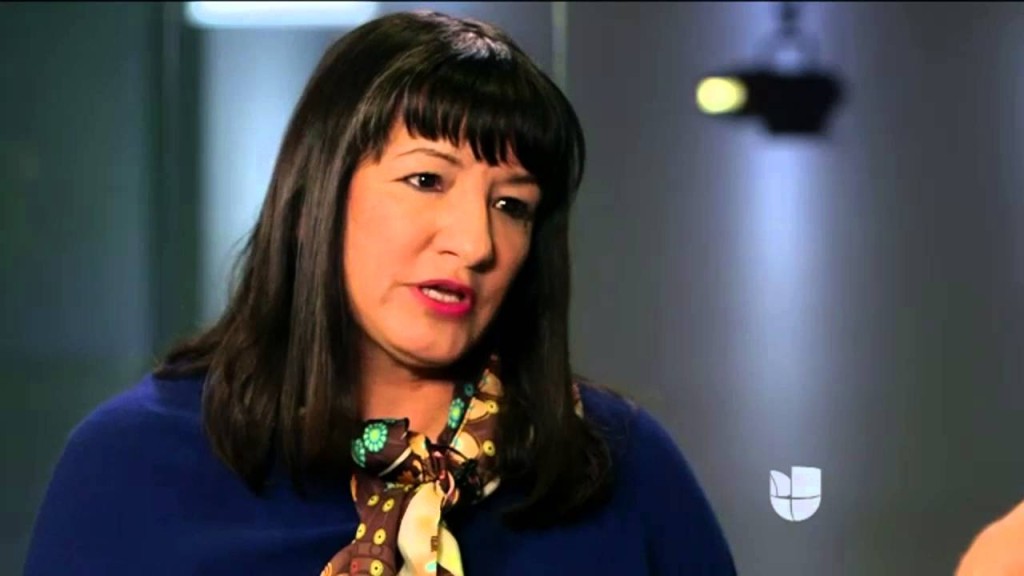 What makes one of the most celebrated American writers — and a living legend of the Chicano literary genre — decide to pack up and move to Mexico?

“I feel more at home there; I feel more at ease,” Sandra Cisneros told me in an interview earlier this year. The 61-year old author moved to San Miguel de Allende, in the state of Guanajuato, three years ago. “I feel happier, and more connected with my community … I feel like all my neighbors are watching over me. In the United States, I was afraid that if I were to die my dogs would eat me — or that no one would find me for three days. But in Mexico, that’s impossible — people are always knocking on my door.”

Displacement has always been a central theme for Cisneros, in her life and books. Born in Chicago, she studied at the Iowa Writers’ Workshop, and eventually headed to San Antonio, Texas, to teach. But, she told me, “in the United States, I always felt like an outsider.” This sense of alienation helped her become the writer she is today.

“I found my voice the moment I realized I was different,” she explains in her most recent book, “A House of My Own: Stories From My Life.” As a young writer, Cisneros sought out a distinctive style of storytelling. “I didn’t want to sound like my classmates (in Iowa); I didn’t want to keep imitating the writers I’d been reading. Their voices were right for them, but not for me,” she writes. From that realization emerged Esperanza, the central character in Cisneros’ acclaimed 1984 novel, “The House on Mango Street.”

Cisneros recalled her development as a writer. “I started to focus on the topics nobody else could write about” — a vital lesson for any writer-to-be. She wrote about herself and her experiences in a Mexican-American family. “I am the only daughter in a family of six sons. That explains everything.”

She also wrote about Mexico, which has always been a part of her life, emotionally and spiritually. I asked about faith and whether she believed in an afterlife — prominent themes in her work. “I don’t have beliefs — I have experiences,” she told me. “I’ve experienced the presence of spirits, of paranormal things that have happened to me, which I don’t know how to explain. So I don’t really have faith. I have experiences, and expectations that there’s something after death. … I know something exists beyond our lives.”

Then she spoke about her late father. “Love exists beyond death,” Cisneros said. “I feel my father’s love, who keeps loving me in the afterlife. Perhaps my religion is love.”

While growing up, Cisneros used to visit her paternal grandfather in Mexico City’s Tepeyac neighborhood. She went there so many times that she considered Mexico her home. But I have the feeling that she keeps looking for her real home, even after moving to Mexico.

For Cisneros, “home” is in no particular place — home is where she’s writing. “I found my voice and my home in writing,” she said. “And I can take my writing to any country.”

PS: Speaking of homes, in a recent interview, Mexican President Enrique Peña Nieto admitted that his wife, Angélica Rivera, had received a “favor” from an old friend, Ricardo Pierdant, who paid the property taxes on her apartment in Key Biscayne, Florida, for one year — a favor worth more $29,000. Peña Nieto said that he and his wife repaid Pierdant. I guess we need to take his word for it (although Peña Nieto says many things I don’t believe).

Peña Nieto has characterized this transaction as a simple matter between friends. But it’s still not clear why Pierdant was involved. If the first couple was having logistical trouble paying taxes on the apartment, Rivera — or any of the president’s aides in Mexico City — could have made arrangements to pay online, as Univision recently reported.

This favor could be illegal. Federal law forbids the president or any other government official from receiving services, benefits or favors. And if they do, they must report them publicly. The president and his wife didn’t report this transaction.

Still, I don’t trust the Mexican justice system to investigate the president. After all, the “Mexican White House” scandal demonstrated the impunity of this administration.

My only hope is that Mexico’s next president will conduct a serious investigation into Rivera’s and Peña Nieto’s dealings. It’s only fair.