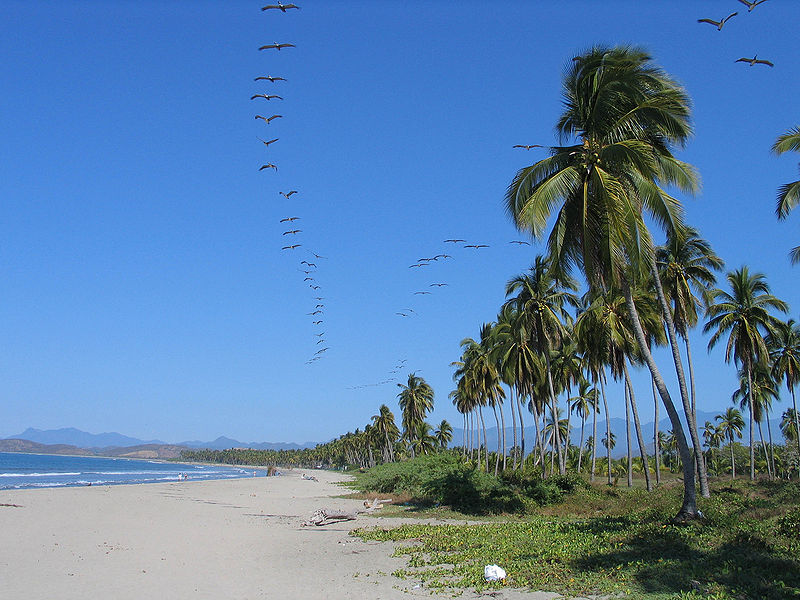 IXTAPA, Mexico — I spent a week in this vacation resort and didn’t hear of any shootouts, robberies or attempted kidnappings. It is a wonderful place, and I am sure my experience was the same as that of the vast majority of tourists who visit Mexico. Thousands of people travel to this country, visiting and vacationing without incident or injury.

But even though this is the experience of most foreign visitors — including that of the highly protected American first lady, Michelle Obama, who recently visited Mexico City — no one can hide the fact that Mexico is one of the most dangerous countries in the world.

President Felipe Calderon’s government has suggested several times that Mexico’s problem is one of perception. In other words, Mexico is not as unsafe as it appears in the news. But the government’s statements are false.

Mexico is indeed a dangerous place and it has a real problem, not simply an image problem. There are more drug-related murders, kidnappings and other crimes in Mexico than in most other countries.

It’s not an image problem; it’s real. Since Calderon took office in 2006, 22,743 people have been murdered, according to a document that the security cabinet tried to hide but was somehow leaked to the press. Why didn’t the government want this document made public? Maybe because nowhere else in the world has drug-related violence killed so many people during the same period.

It’s not an image problem; it’s real. According to Reuters, there were 2,650 murders in Ciudad Juarez in 2009 — far more than the 459 American soldiers killed in Iraq and Afghanistan last year. These statistics tell us that Ciudad Juarez is more dangerous for ordinary people than those two war zones were for the soldiers fighting the world’s most bitterly contested battles.

It’s not an image problem; it’s real. According to the Human Rights National Commission, 2,500 people are abducted each year — an average of seven each day. Many kidnappings are not reported to the authorities. But that statistic suggests that there are more kidnappings in Mexico than in any other country, including Colombia and Iraq.

It’s not an image problem; it’s real. The Human Rights National Commission also reported that between 2006 and 2008 there were roughly “48 million victims of crimes in the country, an average of 16 million per year and 43,835 daily.”

Unfortunately there isn’t any more recent data. But judging from those statistics, nearly 1 in 2 Mexicans has been the victim of a crime in the last three years. The most terrifying revelation in the report, however, is that 98.76 percent of the crimes go unsolved. Mexico is first, in terms of impunity. This is not an image problem; it’s real. And the data proves it.

So it’s no wonder that fewer tourists are visiting Mexico. According to CNN, Mexico’s tourism revenues fell by 15 percent in 2009.

Gloria Guevara, Mexico’s newly appointed minister of tourism, has an impossible mission: She must persuade the rest of world that Mexico is safe for tourists, when in fact it’s not even safe for Mexicans.

Any publicity campaign will have to avoid the hard fact that there are more abductions and drug-related murders in Mexico than in almost any other tourist destination. And no publicist would ever admit that even Mexicans are afraid to live in Mexico, and that Mexicans abroad are afraid to return home.

No, Mexico does not have an image problem. The widespread perception of the country as one of the most dangerous places in the world is correct. And if the government wants to change Mexico’s image, then the reality must be changed. Mexico must become a safer country, both to live in and to visit.