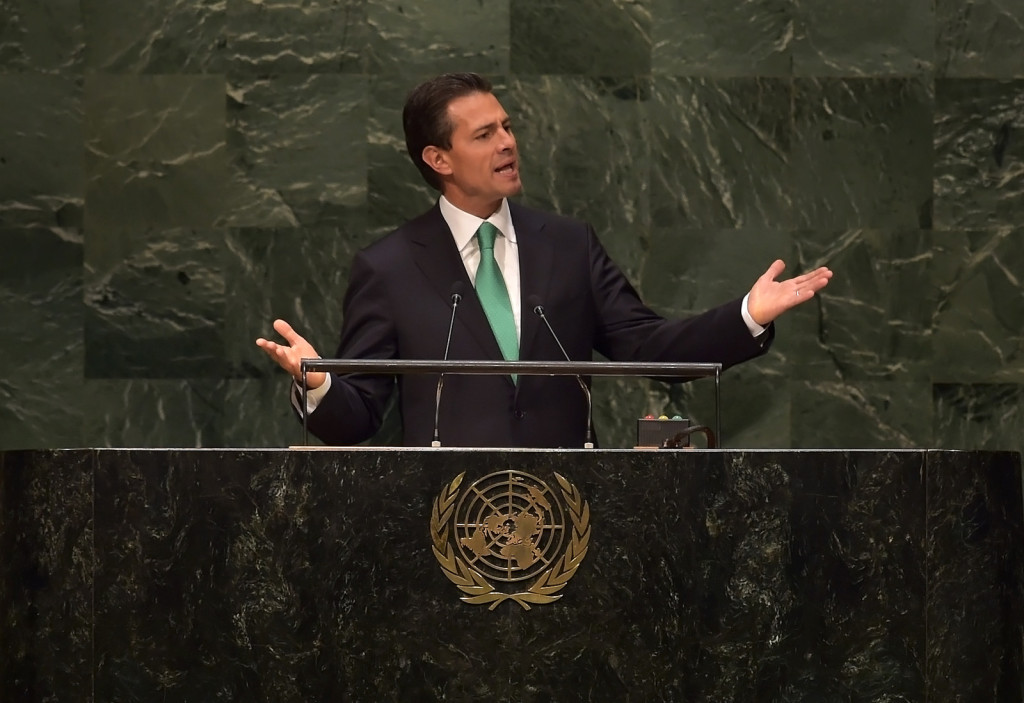 President Enrique Peña Nieto’s administration is fed up with the persistent complaints from his fellow Mexicans. So much so that the government recently produced an online ad titled “Enough!”

The wave of criticism that broke on social media after the ad was released led to its swift removal from the government’ website. But since nothing really disappears from the Internet, the ad still lives on (it can be seen here).

The overwhelming response to this wrongheaded campaign underlines the fact that Mexicans are tired of Peña Nieto and his inability to deal with serious issues in Mexico.

Mexico is widely perceived as one of the most corrupt countries in the world. In fact, last year, Transparency International listed Mexico as No. 103 in a list of 175 countries and territories based on the perception of corruption within each country’s public sector (with No. 1 being Denmark, which has the lowest perception of corruption). Translation: Mexicans think their government is deeply corrupt.

Unfortunately, this is not news. But what concerns Mexicans is the fact that the Peña Nieto administration has refused to take any effective steps against corruption in the country. The official government policy seems to be: Let everything remain the same.

It’s not hard to understand why the perception of corruption and impunity is so pervasive in Mexico. After all, it starts at the top. Two well-known examples: Peña Nieto’s wife, Angelica Rivera, bought a luxury home from a government contractor, as did Luis Videgaray, the president’s secretary of finance.

So two people close to the president appear to have benefited from their relationships with a company that has earned millions of dollars from government contracts. And while Rivera and Videgaray maintained that the transactions were legal and no rules were broken, the conflict of interest was clear. After the real estate purchases were made public (Rivera has now sold her house), many Mexicans were left asking: How come we don’t have access to the same kind of favorable financing and terms that Rivera and Videgaray received to purchase their homes?

To make it seem like he was taking action, Peña Nieto designated a subordinate, Virgilio Andrade, to conduct an investigation. But, surprise, Andrade found that his boss’ wife and his boss’ top economic adviser did nothing wrong. If this is how the administration behaves when it comes to allegations of corruption, what are people to expect from the rest of Peña Nieto’s Cabinet and other public officials? If we turn over a few more rocks, what else will we find?

If the administration had any real interest in fighting corruption in a transparent manner, officials could have, say, reached a deal with the United Nations to create an independent inquiry commission — just as Guatemala did to deal with allegations of corruption there. In Guatemala, once allegations were detailed by the commission, both the president and vice president resigned. But Pena Nieto would never allow a U.N. team to investigate any scandals. Why? Because he wouldn’t be able to control such an investigation.

Another example for Mexico to emulate is Nigeria, No. 136 on the Transparency International list. The country’s President Muhammadu Buhari has ordered a review of almost every government contract, and he has created an anti-corruption commission. He also arrested the minister and the former minister of the state-owned oil company earlier this month, according to a report in The New York Times, after both faced accusations of theft. Mexico, like Nigeria, is an oil-rich country. If Peña Nieto really cared about fighting corruption, he would launch an independent investigation of oil contracts with PEMEX, the Mexican state-owned petroleum company, or any contract worth over a million dollars. And let’s look at any government contract that has been awarded without a bidding process. (I am sure that such suggestions make many people in Mexico nervous).

But no, Peña Nieto will not invite U.N. inspectors to Mexico, nor will he launch a review of all questionable government contracts. The president has showed no will to change Mexico’s old ways. And if he did, his closest allies might be the most affected. As long as nothing changes, Mexicans will have every right to complain.

(P.S.: Mexico has similar problems when it comes to human rights. This week, the U.S. held back a $5 million antidrug grant because of serious human rights violations, such as the disappearance of 43 college students from Ayotzinapa. Sadly, the government often seems to be the main obstacle for revealing the truth and bringing criminals to justice.)