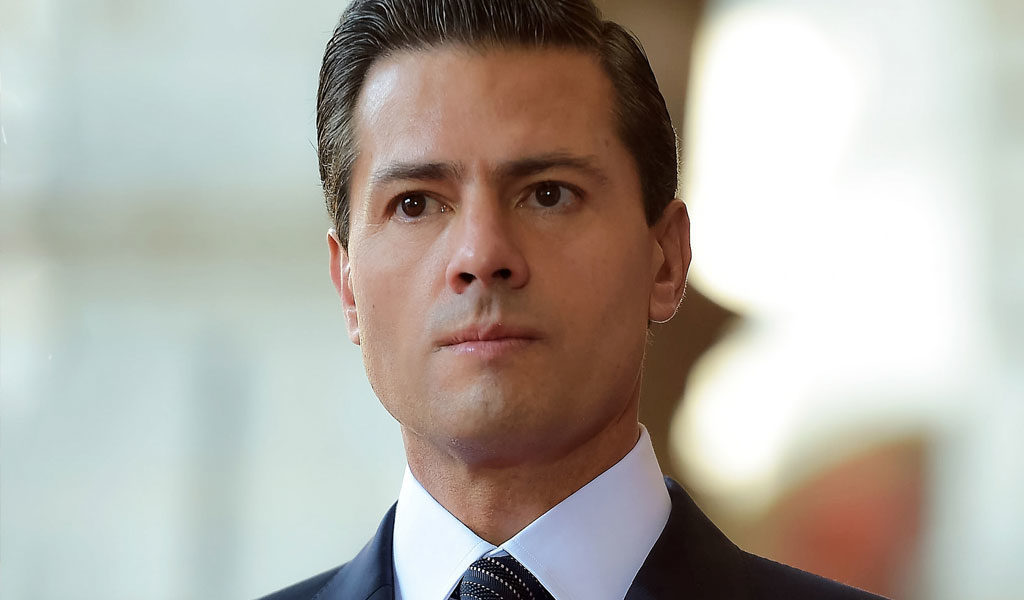 Mexican president Enrique Peña Nieto should study Mexican history more — particularly the history of Montezuma, the Aztec ruler, and his dealings with the Spanish conquistador Hernán Cortés. More attention to those long-ago events might have been illuminating for Peña Nieto when Donald Trump came to Mexico last year. Now it’s too late.

I recently reread “The Broken Spears: The Aztec Account of the Conquest of Mexico,” Miguel León-Portilla’s wonderful book about the fall of the Aztec empire half a millennium ago. Every time I read about a mistake that the Aztec ruler Montezuma made, I thought that Peña Nieto would have done the same, had he been in Montezuma’s place. And every time I read the name Cortés, I thought of Trump.

According to the book, when Montezuma learned that the Spaniards had arrived on the shores of Veracruz around 1519, he tried to scare them off. Sources told the Franciscan missionary Bernardino de Sahagún that Montezuma sent “everyone he could: fortune tellers, wizards, brave warriors.” But that didn’t scare off the Spaniards, who were intent on reaching the capital, Tenochtitlán.

So Montezuma changed course and sent them gifts of gold and jewelry. But instead of taking the gifts and leaving, the Spaniards — lifting the gold “as if it … brightened their hearts,” according to “The Broken Spears” — were only encouraged to seek more. Montezuma, still believing the Spaniards were gods, misplayed his hand. He only intensified their curiosity and desire for treasure.

Montezuma met Cortés for the first time on Nov. 8, 1519, after the Spaniard marched an army to the capital of Tenochtitlán, what is today Mexico City. During that meeting, Montezuma spoke with Cortés through La Malinche, the conquistador’s translator and mistress. “My lord,” Montezuma told Cortés, “You have arrived in your city … Come to the land, come and rest: Take possession of your royal houses, give food to your body.”

“Be confident, Montezuma,” Cortés responded. “Do not be afraid. We love you very much.”

Here, my heart skipped a beat. Hasn’t Trump — who has repeatedly insulted Mexican immigrants — also said that he loves Mexico and Mexicans? Cortés and Trump used the same strategy with Mexican leaders: Shower them with flattery, then trap them.

Montezuma made the colossal mistake of welcoming his enemies into his home — and the Spaniards took control. They eventually captured Montezuma and plundered the Aztecs’ treasures.

This incident reminds me of what happened when Peña Nieto invited Trump to Los Pinos, the presidential residence, in Mexico City in August 2016. Once inside, Trump took over a news conference and picked the reporters who were allowed to ask questions. Peña Nieto was taken by surprise, and he seemed a bit scared. Though it was on everyone’s mind, he didn’t dare say in public that Mexico wouldn’t pay for the border wall that Trump wants to build. Essentially, Peña Nieto became a captive of his guest.

The people of Tenochtitlán, smarter and more perceptive than their leader, realized what was happening and eventually revolted against Montezuma and his captors. When unrest broke out, Cortés ordered Montezuma to speak to his people and placate them. But the Aztecs had turned against Montezuma, and branded him a coward for giving in to the Spanish. Montezuma was soon killed by a stone thrown at him by one of his own people, according to Fernando de Alba Ixtlilxóchitl, a 17th-century historian.

Today, people don’t demonstrate their disapproval with stones. Instead, they pelt their leaders on social media and in opinion polls. (Please forgive the historical license I’m taking in making this argument — I understand that these are two very, very different eras. But the weak and subservient attitudes that both Montezuma and Peña Nieto expressed in the face of an external threat are quite similar.)

Mexicans in the 16th century expected a little dignity from their leader when confronted by a threat — just as Mexicans do in the 21st century. Montezuma and Peña Nieto didn’t understand that every act of resistance begins with an honorable position and a resounding “no.”

Of course we can’t force Peña Nieto to read more about Mexican history. But let’s hope that an aide will help him out and offer the president a brief summary of Montezuma’s missteps from centuries ago so that he can avoid repeating them. Had Peña Nieto already learned these lessons from the past, he would have spared himself a lot of criticism and angry tweets — and he would have avoided embarrassing Mexico.