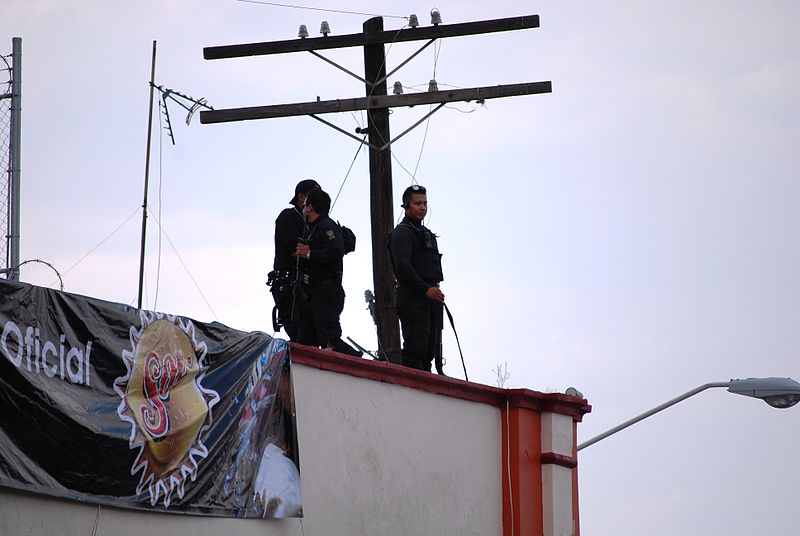 The recent killings in Ciudad Juarez, on the U.S. border, show just how incompetent Mexico’s government is in dealing with the narco crisis. The administration of President Felipe Calderon is simply unable to confront the problem alone. There is a vast power vacuum that the drug cartels have filled — bullet by bullet.

The slaughter on Jan. 31 demonstrates the extent of the drug dealers’ impunity in Juarez. They closed a street in the Villas de Salvarcar neighborhood, sprayed three houses with bullets, broke into one where a birthday was being celebrated and ordered the men out on to the patio. There, seven armed cartel henchmen executed 15 of them; most were students. That’s how the festivities ended.

And the police? And the army? They’re fine, thanks. They finally arrived — long after the executions.

“What do we want them for, showing off their weapons?” the mother of one of the slain students told reporters as she talked about the authorities. “They weren’t here when we needed them. They should get out and leave us in peace.”

The fact is, the combined force of 16,000 soldiers and policemen that supposedly protect Ciudad Juarez cannot stop the deadly violence. Last year 2,650 people were slain there, according to Reuters news agency. That’s more than seven a day. And since the beginning of this year the number of assassinations have reached 230 (CNN). In any other part of the world, that would have generated massive street protests and the demand for the resignations of the mayor, the governor and even the nation’s president, because of their ineptitude. But those officials are still in office.

Citizens’ groups are asking the United Nations to send in their soldiers, the Blue Berets, to patrol the streets of Ciudad Juarez. It is their last recourse. But the president of Mexico and the mayor of Juarez oppose the idea. So, what do they propose instead?

Refusal to ask for help from foreign countries is typical of Mexican politicians. Their disinclination to even explore the possibility of a U.N. presence in Juarez reminds me of former Mexican President Miguel de la Madrid when he rejected aid from abroad in the initial hours after the 1985 earthquake. The consequence of such a refusal can be measured in deaths, many deaths.

Calderon’s absence in Ciudad Juarez has been conspicuous. He has visited the city twice in two years and only for a few hours. This latest killing spree surprised him in Japan. But the government is now so used to such violence that Calderon didn’t think it necessary to curtail his Far East visit. How many fatalities does it take for the president to deem it a real emergency? Fifteen in one house, clearly, weren’t enough.

“This wave of violence is invariably associated with the reality in Mexico that we are right next to the world’s biggest consumer of drugs,” Calderon said in Tokio, “(and that) it isn’t in the least bit shy about allowing as many firearms as possible to flow in to our country.”

That’s true. While there are drug consumers in the United States there will be drug traffickers in Mexico. But blaming the United States doesn’t solve the violent situation in Ciudad Juarez. The reality is that the Mexican government cannot guarantee the lives of its citizens. And that can hardly be called government.

Hence the debate about the “failed state” that is widely reported in the media. If the state hasn’t failed, then it should prove it by guaranteeing Mexicans their minimum need: life.

The situation is getting worse. January was the most violent month in Mexicans’ memory, with 933 drug-related murders nationwide, according to Spanish news agency EFE. And February doesn’t augur well, either.

The last time I was in Ciudad Juarez, people told me how they stayed inside their homes to escape the violence. But now even that’s of little solace. The only certainty is that soon there will be another massacre, and then another …