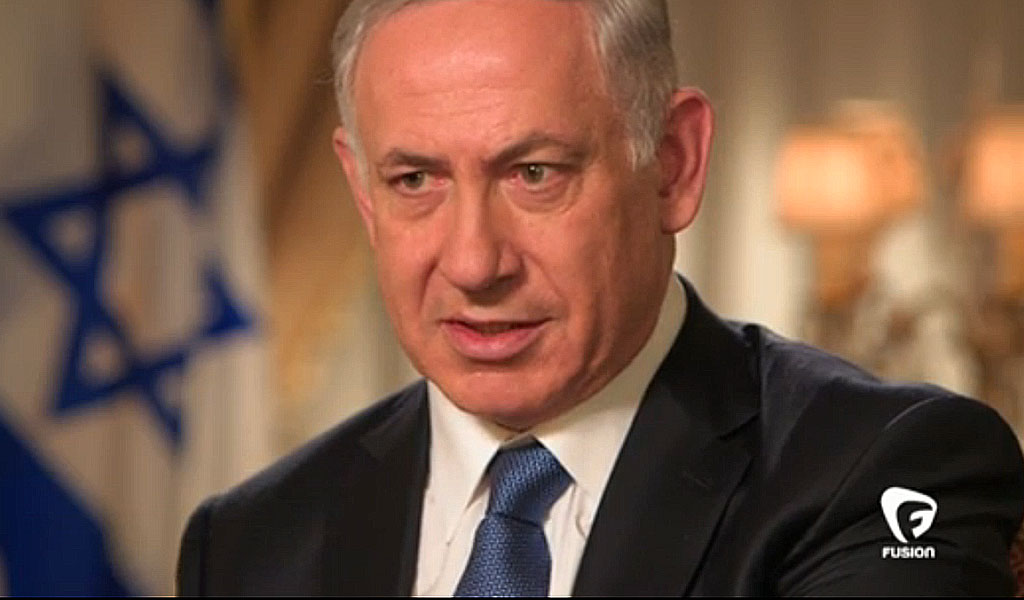 NEW YORK – The first thing that struck me about Israeli Prime Minister Benjamin Netanyahu during a recent interview was his soft voice, which was so quiet that at times I had to get closer to hear him clearly.

But his quiet demeanor stood in stark contrast to his strong words and hard stance on many issues. In fact, during our talk, Netanyahu refused to concede a single point to his critics.

The prime minister had just arrived at the Palace Hotel in Manhattan after a
trip to Washington, D.C., where he met with President Barack Obama. He has met
with Obama a dozen times during his tenure as prime minister, and I asked if it
was true that he and the president do not get along, as has been reported in
some media outlets. But Netanyahu, 64, brushed aside those rumors and described
his relationship with Obama as “very good.”

“We’re like an old couple,” he said. “We’ve had our differences … [but] we
agree on a lot more things than we disagree on.”

One major disagreement is related to Iran. Israeli officials are worried that
the international negotiations being led by American officials over Iran’s
nuclear capacities will result in allowing Iran to maintain some of these
capabilities within its borders. “Iran has sworn to destroy Israel and is
seeking to develop atomic bombs,” Netanyahu told me. “So naturally the prime
minister of Israel is concerned that history is not going to give the Jewish
people another chance.”

I also asked Netanyahu about comments made by Mahmoud Abbas, the president of
the Palestinian Authority. In a recent speech at the United Nations, Abbas
accused Israel of “war crimes” and “genocide” after more than 2,200 Palestinians
were killed earlier this year in Gaza, including civilians and children, during
fighting between Hamas and Israel.

I asked Netanyahu if he took Abbas’ characterization as a personal attack.
“I take it as absurd,” he said. “Israel was targeted by these terrorists, by
these Hamas terrorists who were firing thousands of rockets into Israel’s
cities, targeting our civilians. .And not only were they firing rockets at our
civilians, they were hiding behind their own civilians – using their children,
their civilians, as human shields. Obviously we had to defend ourselves.”

What about the accusations of war crimes leveled against Israel at the U.N.?
“The war crimes that were committed were actually committed by Hamas,” Netanyahu
said. While we spoke, he showed me a photograph of a hooded man whom he
described as a Hamas terrorist about to execute a kneeling Palestinian. “ISIS
beheads people,” he said, referring to the extremist group that refers to itself
as the Islamic State, which controls parts of Iraq and Syria. “And Hamas puts a
bullet in the back of their heads. But to the victims and their families, the
horror is the same.”

I then mentioned his own speech at the U.N., and pointed out that it seemed
to lack any sort of hope for establishing new negotiations with the
Palestinians. “On the contrary,” Netanyahu said, “I think we should have two
nation-states – one for the Jewish people and one for the Palestinian people.
[But] we need to have not only mutual recognition but also security arrangements
that prevent a repetition of a Hamas or ISIS takeover of the areas we vacate in
the West Bank.”

Netanyahu ruminated for a while and then said quite directly: “You’re asking
whether we want peace? Let me tell you something. I’ve gone to war. I was
wounded in an operation to rescue civilians in an airplane hijacked by
terrorists. I almost drowned in the Suez Canal during a conflict with Egypt.
Nobody wants peace more intensely than Israel. We know the horrors of war. We
know what it is like to lose a loved one. I lost a brother. Nobody wants peace
more than we do, but [we want] an enduring peace.”

My last question was related to the observance of Yom Kippur earlier this
month, during which time Jews atoned for their sins. What wrongs in need of
forgiveness had Netanyahu committed, I asked.

“I’d need many Yom Kippurs for that,” he said with a light smile.
(See Netanyahu’s interview on Fusion here: fus.in/1sPa2Fp.)