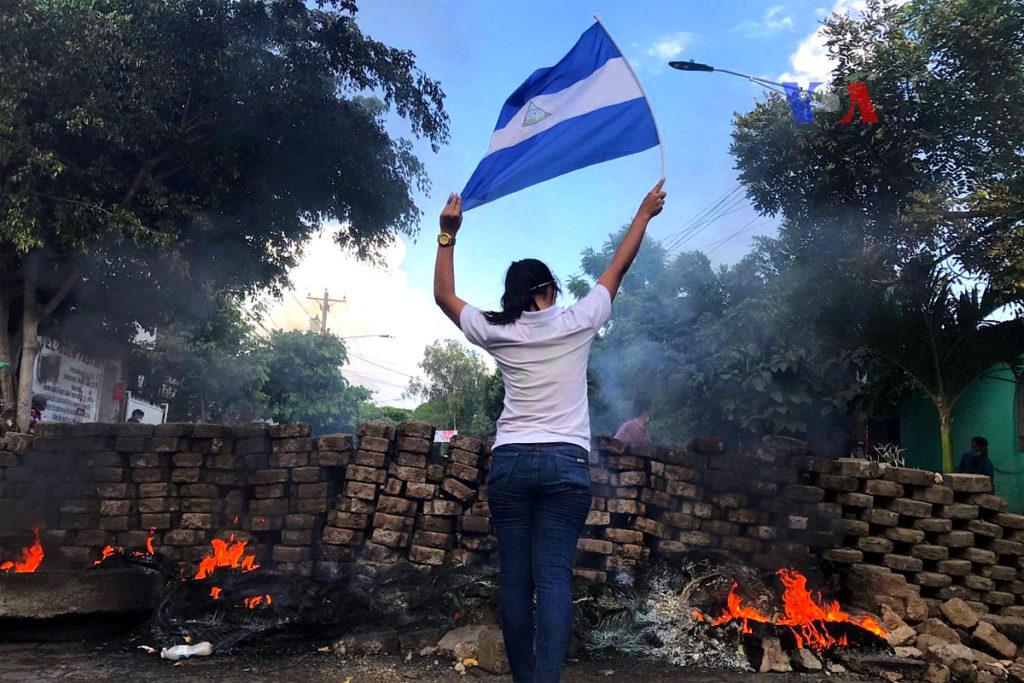 There are two things I don’t understand about Daniel Ortega, Nicaragua’s president. The first is why he so wants to be like Anastasio Somoza Debayle, the tyrant he tirelessly fought to overthrow decades ago during the country’s civil war; the second is why he lives in a house that isn’t his.

A bit more on the house later, but let me begin with the recent unrest in Nicaragua. What started as demonstrations against changes to social programs quickly turned into a revolt against Ortega and Rosario Murillo, his wife and the vice president. The regime has a strong grip on the country, and Ortega has now ruled for 23 years — from 1979 to 1990, and from 2006 to the present.

Government repression against protesters, who are mostly young people and students, has been brutal. The death toll has surpassed 40 in the last month, according to the Nicaraguan Human Rights Center.

Among the dead was the journalist Ángel Gahona, who was killed while reporting on the protests in Bluefields, Nicaragua, last month. His wife, Migueliuth Sandoval, who was watching Gahona on Facebook Live, saw his killing. “It was the work of a sniper,” Sandoval said. “He was shot right at the temple.” (Listen to my interview with Gahona’s wife and son on my podcast:)

And who ordered the crackdown? “The absent ruler and his ubiquitous vice president not only tried to discredit the protests,” wrote the Nicaraguan journalist Carlos Fernando Chamorro in the magazine Confidencial, “but also ordered the crackdown to intensify repression to the point where they actually caused a massacre.” This has been, according to Chamorro, “the worst bloodshed in the history of Nicaragua during the postwar years.”

Ortega, once a Sandinista revolutionary, is now emulating the methods of the dictatorship he helped overthrow. And he has taken on the same sense of impunity. There is no hope of putting the masterminds of this carnage behind bars.

The revolt against Ortega and his regime was born in Nicaragua itself. It’s not an international conspiracy intended to “disrupt” the country, as Cuba’s dictators have recently suggested. These are students and teenagers who are sick of censorship and murder and are tired of living under an authoritarian government.

These young Nicaraguans remind me a lot of the “Dreamers” and the survivors of the Parkland High School massacre in Florida. Change in Nicaragua is in the hands of the next generation, and they must know that they are not alone. Official censorship is largely evaded through social media, so we have been able to hear and see what’s happening to them. Tyrants cannot hide the truth. Images of repression in Nicaragua will remain on the internet forever.

If something has been made clear amid this unrest, it is that the future of Nicaragua has no place for the Ortega regime. The country has gone through many decades of dictatorship, and the current regime’s 23-year rule has been more than long enough. As we have seen in the streets, a new generation has emerged and is ready to lead the country.

Now, about that house where Ortega and Murillo live. It’s not theirs. They took the estate from the Morales Carazo family, who were outside the country during the Sandinista Revolution in 1979. Jaime Morales, the former owner, told me some time ago that it was illegally seized. Morales, who later made peace with Ortega (and even became his vice president), estimated that when it was seized from him, the house and its contents were worth $1 million to $2 million.

I spoke with Ortega in 1996, and he actually couldn’t tell me how much he paid for the house. “It was a very small amount, because everything was undervalued at the time,” he said, without elaborating further. “I have hung onto the house; it’s a symbol.”

It’s time to move out.

Nicaragua has woken up, and the perpetrators of this massacre must be investigated. And Ortega and Murillo should start looking for a new house.

Share
FacebookTwitter
Previous ArticleHorror in MexicoNext ArticleWhat Kind of Country Do We Want to Be?