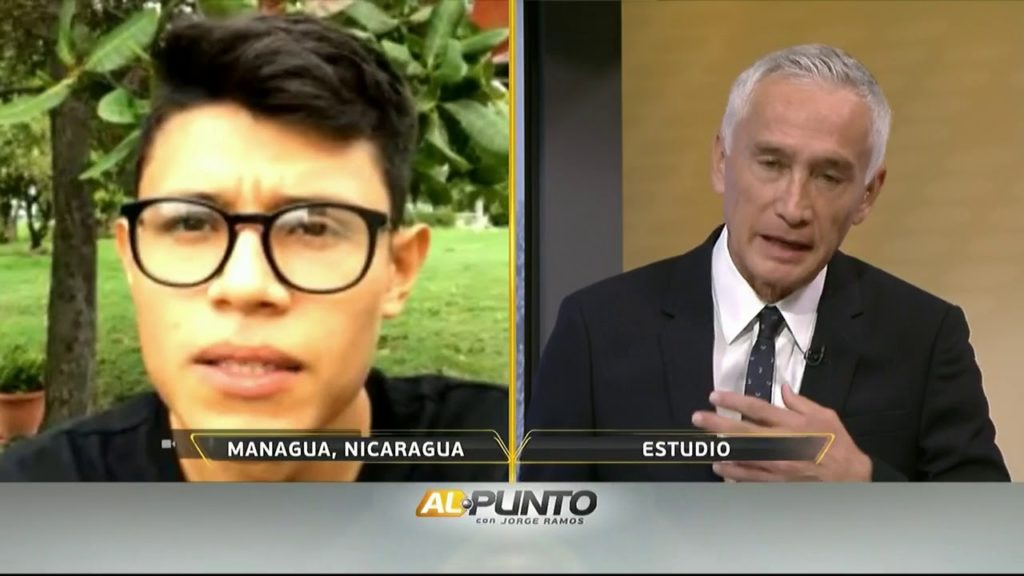 There are times when you can’t hesitate to act. Nicaragua is going through one of those times, having arrived at a turning point that could change everything. And at the center of it all is a young man of 20.

His story in a moment. Before that, the crime. Recent protests against President Daniel Ortega’s regime in Nicaragua, now having entered their second month, took many people in the country by surprise. For many years, Ortega and his wife and vice president, Rosario Murillo, have run their country to the benefit of business interests and the Catholic Church. Little was accomplished in Nicaragua without their approval. Eventually, Daniel and Rosario (that’s how they’re referred to in Nicaragua, by their first names) turned into a version of the Somozas, the tyrannical dynasty they helped overthrow decades ago in a revolution.

This became exceptionally clear earlier this year when the regime made a terrible miscalculation. In mid-April, Ortega approved a series of reforms for the country’s social security system. These reforms were strongly opposed by the people, and when protesters took to the streets, they were met with violent repression by the regime. Many protesters were killed.

Since then, Ortega and Murillo have shed any pretense of legitimacy. Nicaraguans realized that they weren’t only facing down a couple of autocrats, but that their leaders had no problem authorizing the shooting of young protesters. This changed everything. Now, protesters are focused not just on reversing reforms. They’re focused on ousting the Ortega regime entirely, and unrest has continued.

In an effort to quell the violence, roundtable discussions have been set up between the government and the protesters. That’s where Lesther Alemán comes into the picture. Alemán is a college student with an impressive announcerlike voice. Opposition groups, largely made up of students and business owners (who are turning their backs on the regime in growing numbers), chose Alemán as their spokesman. “It was a real challenge,” Alemán told me in a recent interview on Facebook. “I had never spoken on camera or in a press conference before … I had no idea what the consequences would be.”

And there have indeed been consequences. At a recent roundtable with Ortega, Alemán addressed him directly: “We are the ones being killed, being kidnapped and disappearing. This is not a dialogue. This is a negotiating table for your departure, and you know that very well, because the people have demanded it.”

Nobody had dared tell Ortega in public what many Nicaraguans have been whispering in private lately. Ortega has ruled Nicaragua for 23 years, from 1979 to 1990, and from 2006 until today. His supporters say that protesters are trying to conduct a coup. But Alemán disagrees.

“We aren’t attempting a coup,” he told me. “We have no militia, nor are we involved with guerrillas or backed by a political party. What we have tried to do here in Nicaragua is bring back the dream of being a republic again. Democracy has been kidnapped for more than 12 years.”

More than 160 people have been killed so far in recent unrest in Nicaragua, but the protests have not ceased. A nationwide strike has been called, and people are blocking city streets to prevent police from passing by. The country, it seems, is against the Ortega regime.

“It’s our dream, and I can see it coming true: Daniel Ortega will relinquish power,” Alemán told me. “I can see the president relinquishing power. I am convinced. The only power he has comes from the military.”

Alemán told me that since his confrontation with Ortega, he’s been staying at a safe house somewhere in the countryside. “I fear for my family and my life,” he told me. “Fear is a given.” (You can watch the interview in Spanish here:)

The impossible can happen in Nicaragua. I know this because I’ve seen it. I was in the capital, Managua, in 1990, when Ortega’s Sandinistas lost the presidential election to Violeta Barrios de Chamorro. Back then, few people believed that it could happen, but it did. The same story could soon be repeated.

Sooner or later, Nicaraguans tend to get rid of their dictators.