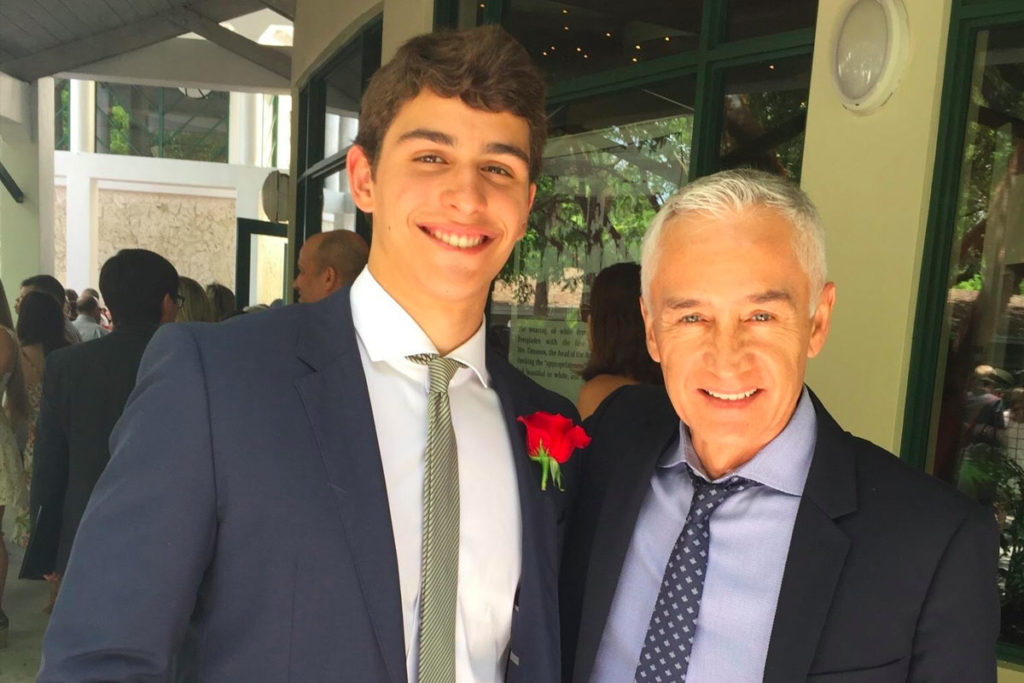 My son Nicolas is leaving home, and I don’t know what I’m going to do. I’ve spent more than 19 years with this kid, teenager, man. But the time has come for him to pack up for college, and I’m dreading how much I will miss him.

He’s ready to take this next step in life. He’s always known that he would go to college far away from our home in Miami. (In my case, I lived with my parents in Mexico until I was 24, though that was a different time and place.)

In addition to studying, Nicolas will be one of the kickers on his university’s football team. He earned this opportunity all on his own, with outstanding determination and willpower. As a child he would come with me to my soccer matches every Saturday morning. He’d wait impatiently for halftime so that he could jump onto the field and kick the ball around with my friends (he kicked really well). Once he reached high school,he mixed his Latino heritage and his American upbringing and swapped the round ball for an oval one.

When we talk, Nicolas and I switch languages seamlessly. I speak in Spanish; he answers in English. Still, he can converse fluently with his Spanish-speaking grandparents, thanks to the efforts of his teacher Maria del Carmen Naranjo, who introduced him to the marvels of Latin American literature in her class.

I grew up reading books and newspapers on paper, while Nico grew up reading them on a screen. He has developed a tremendous curiosity about history, and has a trained taste for good food. He respects football players and chefs — the doers, not the talkers.

When Nico was growing up, I tried to join him at play as much as I could. My father hardly played with me — though, again, those were different times. I’ve learned that half the job of being a dad is simply being present. The other half is sharing experiences with your kids that they can learn from and look back at fondly. That’s why I have traveled far and wide with Nicolas and his sister, Paola.

Nicolas is a great travel companion. As a child, I would take him with me on many reporting jobs, from Brazil to Bangkok, from Rome to Johannesburg. He doesn’t mind waking up in one country, having lunch in another and going to bed in a third. My intention was to teach him to keep his eyes wide open to places and experiences abroad. I also taught him to travel light — our rule when we fly is that we only take carry-on luggage. If it doesn’t fit in the carry-on, it stays.

Nicolas has that Ramos-esque personality — he can be very independent, at times quiet, but always vigilant. He’s also a rebel, but just enough to get along well in life. And, like any father and son, we have had our differences. That’s how we grow. Once, I was telling my mother about a disagreement we were having. Her response: “And have you already forgotten what you were like at his age?” I laughed and hugged her.

Once a week or so, Nicolas makes it a point to call or text so that we can have dinner together, just the two of us. It’s become a ritual. We usually go to a Mexican restaurant and share queso fundido with chorizo and flour tortillas. He orders guacamole tacos and can eat very spicy salsa, spicier than I can handle. I order anything that reminds me of my childhood, and lemonade with cilantro.

In my office, I have a picture of Nicolas as a child, wearing one of my T-shirts. It’s huge on him, and he looks happy. The picture reminds me of a great moment in my life. But the best gift I’ve ever received is a digital photo of Nicolas with a recording of him laughing. Every time I push a button, I can hear this kid, only a few months old, happily laughing. I push the button a few times a month, and I’m constantly afraid that one day it’ll stop working and I’ll lose Nico’s laughter.

I feel that same fear now that he is about to leave for college. I know he’ll be fine, but I’m sure that I myself will feel somewhat displaced — for so long I’ve been there, right next to him, or nearby.

I don’t know what he’ll think when he reads this. Maybe he’ll think it’s corny, or inappropriate. But I want my son to know that I love him very much, that I’m very proud of him … and that I already miss him.